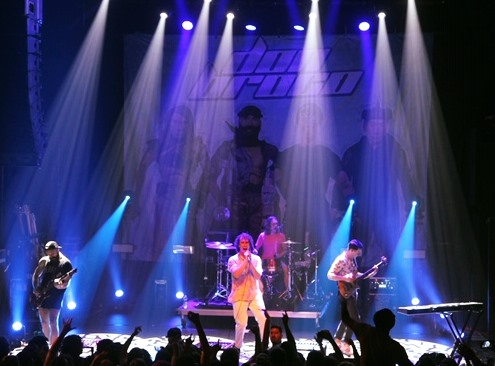 NEW YORK – With its thunderous rifts and unabashedly punchy choruses, Don Broco’s music gets the heart beating faster. So too does the engaging whirlwind that the red hot British rockers set in motion every time they take the stage with their hurricane force dance routines, leg kicks, human pyramids and “push up squads.” Keeping pace with the band on their first North American tour this fall was a fast-moving Steve Kosiba lighting design that featured CHAUVET Professional Rogue fixtures from Squeek Lights.

“The show is very high energy,” said Kosiba. “Don Broco has a big sound with lots of changes. The band is like a force of nature on stage. I wanted to reflect that with the lighting. One way we did this was to get very detailed with the cueing, as this was a timecoded show. We had 256 cues in one particular song.”

Kosiba also reflected the flavor of his client’s stage presence by directing light in multiple directions, often changing the orientation of beams quickly and dramatically to accent different moments. “Different positions keep the show visually interesting,” he said. “This is something I always try to do. I want to change up positions as much as possible. Using the same positions every time is boring. I feel this is important with any band, especially one with this level of energy.” 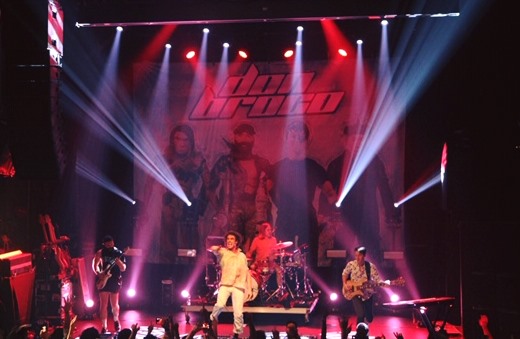 The compact size and quick movements of the Rogue fixtures in his rig, as well as their intense output, helped Kosiba achieve the kaleidoscope of movement he was after. His rig featured four Rogue R1X Spot and eight Rogue R1 Wash fixtures.

Positioned on top of vertical pipes, the R1X Spot units in the rig were used to create aerial effects, as well as intense crowd lighting, which worked to support lead singer Rob Damiani’s strong rapport with the audience. (One review of the band’s performance at New York’s Gramercy Theatre described him as “a master of crowd engagement.”)

Kosiba had the Rogue R1 Wash fixtures placed on the deck upstage and on either side of the band. From these positions, they were used as beams, backlights, and sidelights. The compact wash, which is powered by seven 15W RGBW LEDs, had more than enough punch to cut through the other lights in the rig, as it accented the band in a variety of engaging colors. 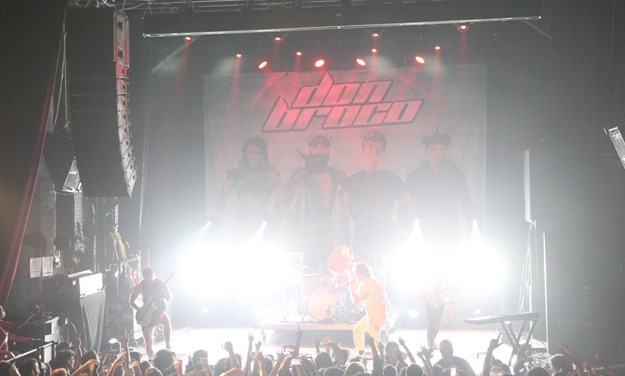 “The R1 Wash is a super versatile fixture, as it demonstrated on this tour,” said Kosiba. “It has a level of output far above its weight.”

Don Broco’s inaugural North American tour began in September with a show at Boston’s Brighton Music Hall and continued through October, closing in Montreal’s Le Ministere. In between, it crisscrossed the US and Canada with stops in New York and LA’s Troubadour.

Through it all, the rig performed flawlessly. Kosiba noted that Squeek Lights packages are all built for fast setup, so the focus remains on the good times. Based on the response of the sold out crowds on this tour, that’s exactly what happened.