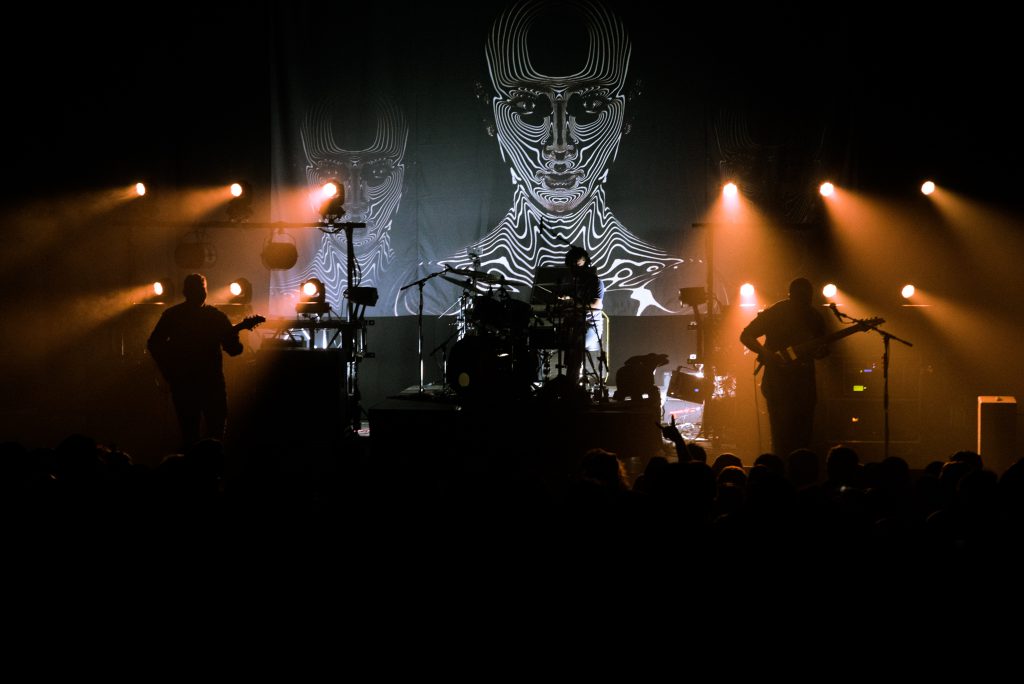 NEW YORK – Animals As Leaders was eager to coheadline a tour with fellow progressive metal stars Periphery. The two bands share a similar philosophy of music making, and both feature ample amounts of outstanding guitar virtuosity. Having performed multiple one-offs together, they also connected on a personal level. But joining forces on the 24-city Convergence tour, which concluded in early December, did present a challenge for Animals As Leaders Lighting Designer Victor Zeiser of Squeek Lights.

Sharing the stage meant the band needed a rig that could be set up and taken away quickly. At the same time, since Animals As Leaders would be playing larger venues than on its previous tour, Zeiser needed a lightshow with greater output. The New York-based LD came up with a solution that balanced mobility and brightness with help from 12 CHAUVET Professional Rogue R1 Washes that he used to anchor a rig mounted on two custom-made truss carts.

“The team at Squeek Lights, Benjamin Jaret and Steve Kosiba, worked very hard to come up with the idea of using two pieces of truss as carts, one on each side of the drum riser,” he explained. “Each piece rode on its wheels and had Rogues and other lights mounted on its top of it, as well as on a pipe arch. We made the arch door height and had some fixtures flip down for travel. We built trays into the legs under the truss, which is where we stored cable runs and loose pars, as well as the distro and hazer. The whole rig lived in these two pieces of truss, so we did not need to send out a single road case on this tour as it crisscrossed the United States.”

From their position on the roller truss structures, the Rogue R1 Wash units back lit the band and created aerial washes. “We zoomed down as with the Rogues to create some evocative backlighting,” said Zeiser. “We also blew the light out wide for both big silhouette looks as backlight and on the backdrop. The output of the Rogues (up to 3,098 lux at 5 meters) coupled with their compact size made them ideal for our concept of getting a powerful rig on two mobile carts.”

Zeiser was also able to get a variety of looks from the 12 Rogue fixtures on his rig thanks in part to their wide 11° to 48° zoom angle. He was also able to reflect different emotions during the show by changing colors with the RGBW fixtures.

He also colorized the stage with the six COLORado 1 Solo fixtures that were positioned to the side of the stage. “We used the COLORados as uplights from the side to light the guys,” he said. “Each band member had a light from each side focused on him. I always like to use side lighting in my tour packages as it guarantees the quality of light that will be on the band every night. You can’t hang front light in clubs and you get a very mixed bag every night.”

Having this level of consistency was especially important on the Convergence tour, where the Animals As Leaders tour manager acted as the band’s LD. “I programed the show in the shop and then sent it out on the road timecoded with the TM looking after it and busking the house rig over the show,” said Zeiser. “Having the consistent sidelight from the COLORados helped create a solid foundation for Phil, the TM who acted as the LD. In this kind of situation, I like to set him up for success.” Based on the response to the looks of the Animals As Leaders show, the TM’s, turned LD, success was set up very well indeed. 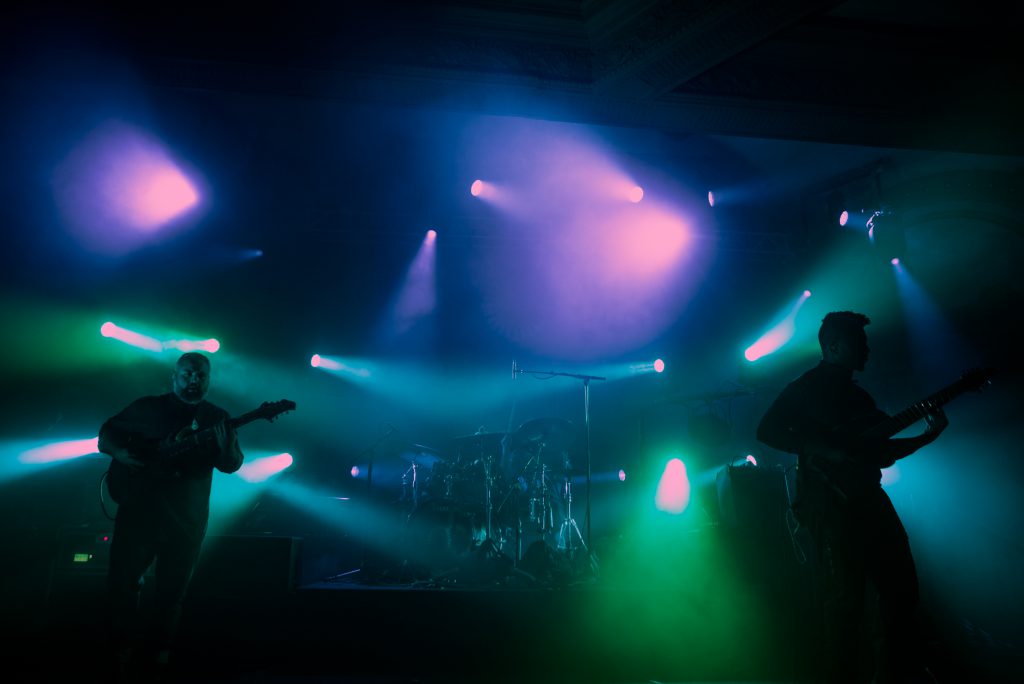