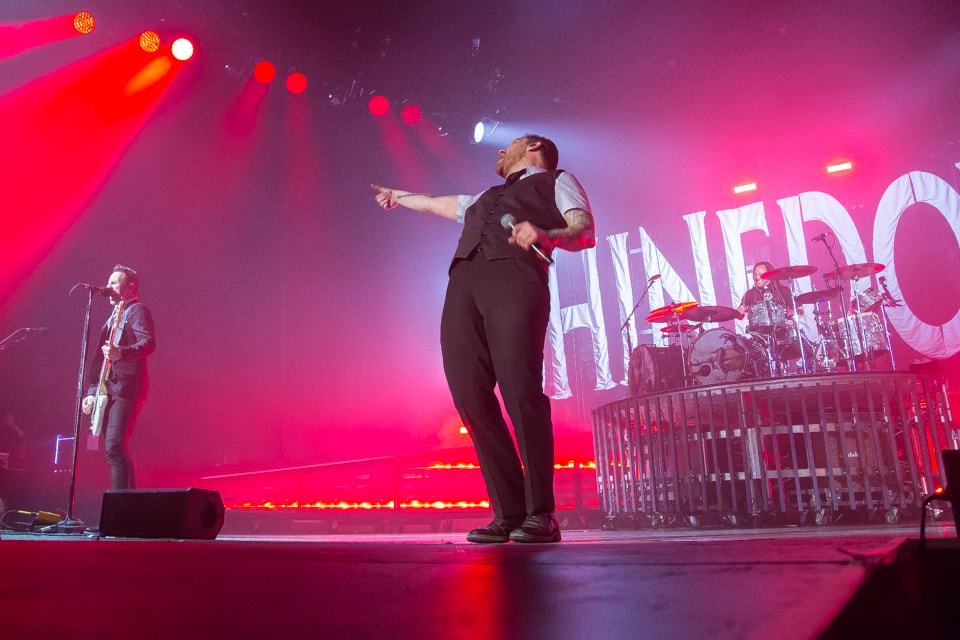 SUNRISE, FL – It is somehow altogether fitting that Shinedown begins their set on the Carnival of Madness Tour with their raging rock anthem “Adrenaline.” An adrenaline rush is precisely what the hard rock icons have been serving up to fans on this festival tour with their cranked-up amps, ferocious riffs and frontman Brent Smith’s nonstop stage prowls. Sooner Routhier and Robert Long of SRae Productions have created a lightshow that does more than keep pace with the group’s supercharged performance, they’ve also added an immersive sense of depth and drama to the Carnival of Madness stage with help from CHAUVET Professional Rogue R1 FX-B fixtures, supplied by Bandit Lites.

Routhier and Long, who are the scenic as well as the lighting designers for the Shinedown tour, position the five-headed moving Rogue fixtures on seven ladders located upstage behind the set. This arrangement creates a plane of light behind the band and in front of a richly textured backdrop.

“With the proper amount of separation between the ladders and the backdrop, you get almost a 3D effect,” said Routhier. “The texture on the drop and the lighting beams in front can mess with your eyes a bit.”

Working the 20 Rogue R1 FX-Bs in their rig in sync with the mesh backdrop, Routhier and Long conjure up some dramatic scenic moments. At one point in the show they use only a single LED Pod on each of the five-headed fixtures to create an intriguing asymmetrical beam that shines through the mesh drop. Later, when the mesh backdrop is lowered, it conveys a sense of discovery and surprise.

“The drop covers five of the seven ladders. So this is the first time in the show that the audience sees that there is a full system of lights behind the backdrop,” explained Routhier. “When the backdrop kabukis to the floor, the rest of the ladders are revealed. We really tried our hardest to use the light in as many different scenarios as possible during the show – and I feel like this is one of the most dramatic uses.”

At other times during the concert, the Rogues fulfill their duty as stunning effect lights, sweeping the stage with intense rapidly moving beams and covering it with blinding strobes to accent different moments in the performance. Another way that Routhier captures the musical energy of Shinedown in lights is by running her Rogues through rapid fire chase sequences. She also used the lights to create some captivating aerial effects.

The aerial effects, like every other aspect of Routhier’s design, were carefully choreographed to work with the scenic elements on stage to support Shinedown’s music. “If you speak with any of the directors we work with, they will tell you that I cannot stand the look of a circle ballyhoo through the audience unless properly placed in a show,” said the LD. “They laugh at me about it, but I’m a firm believer that just because a fixture is called a ‘moving light,’ it does not mean that it has to move through the entire show. Surprisingly, I was able to use the Rogues for more aerial movement effects than I’ve used in a show before. Having the ability to tilt each source on the bars individually allowed us to create some beautiful waterfall effects.”

Remarkably, Routhier and lighting director Carter Fulgham programmed 24 songs in a little over two days for this balanced, seamlessly blended lightshow. “Time was a bit of an issue,” said Routhier. “We had a good base to work with, but we ended up putting in some pretty long hours. Carter, as well as my business partner Robert Long (who did a lot of design work), and the rest of our team deserve a lot of credit for making everything come together.”

Indeed, the “everything” that is coming together on this tour includes not only a high-impact lightshow, but also a design that paints the stage with added depth and texture, all of which are making a powerful musical performance even more memorable. 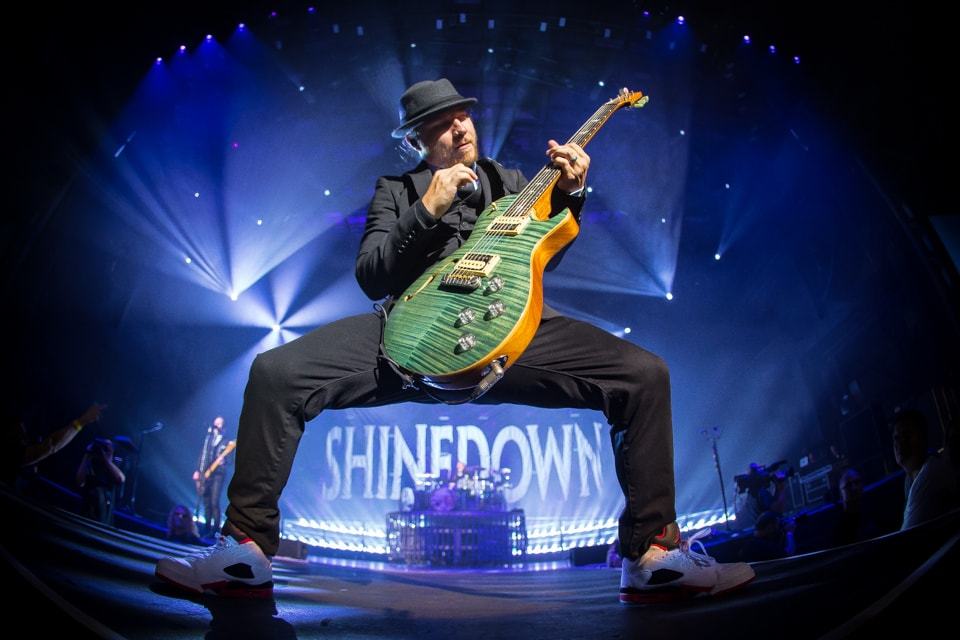