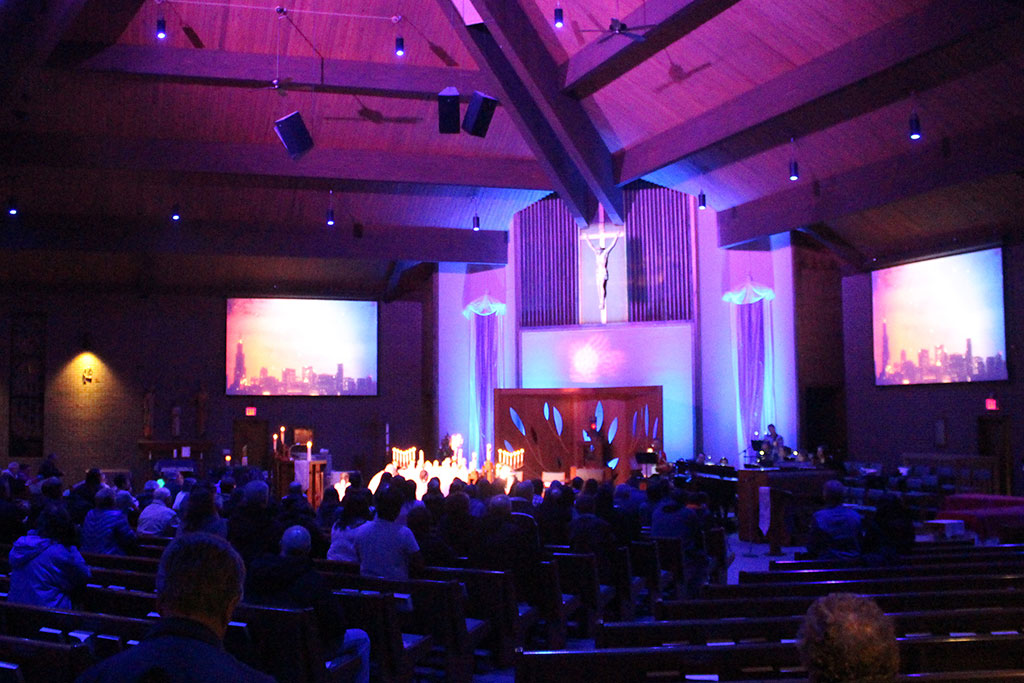 “Color and lighting have always been critical elements to the Catholic mass even before lighting fixtures were invented,” said St. Malachy LD Dave Corbat. “This parish takes a proactive role in reaching out to worshippers. This led to the idea of introducing colorful lighting to create an immersive environment in the sanctuary.” 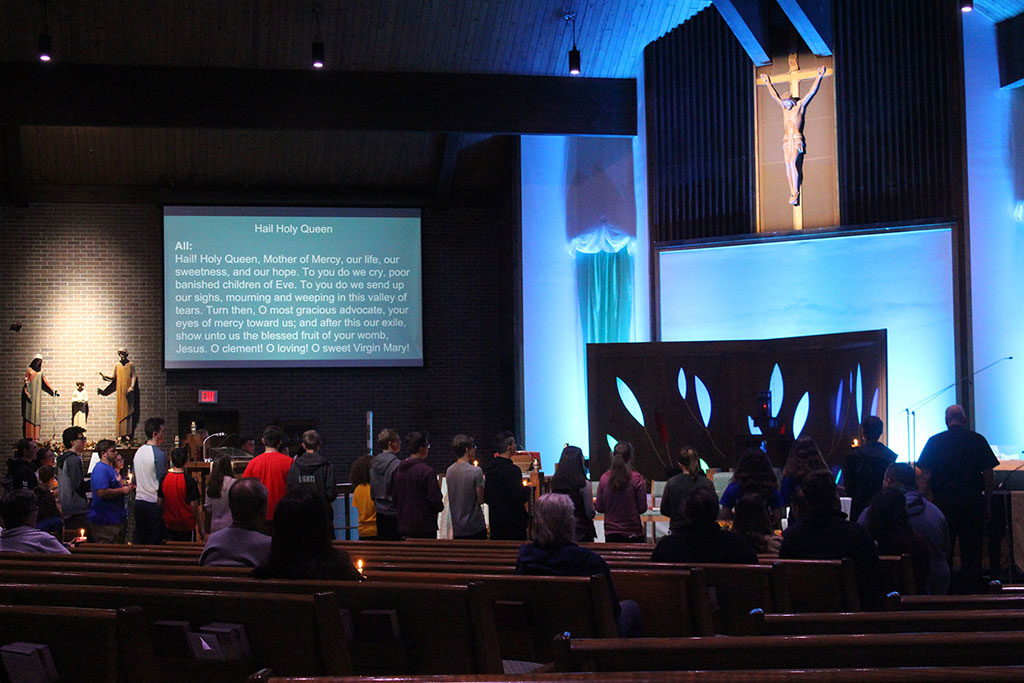 St. Malachy engaged system designer Nathan Cole of Sound Planning Communications to create and install a new lighting system that augmented the 800-seat church’s existing rig with LED fixtures. His design adds four Rogue R2 Wash fixtures to the main lighting pipe, and called for two more units to be arranged on the ground near the altar. A collection of COLORdash Batten-Quad 12 linear wash fixtures was also positioned on the ground for uplighting.

“The combination of the Rogue R2 Washes and COLORdash Batten-Quad 12s gives us unparalleled flexibility in what we can do with the lighting in our space,” said Corbat. “We are able to get creative with our lighting design, and use it in a way that enhances the liturgical experience for our congregation.” 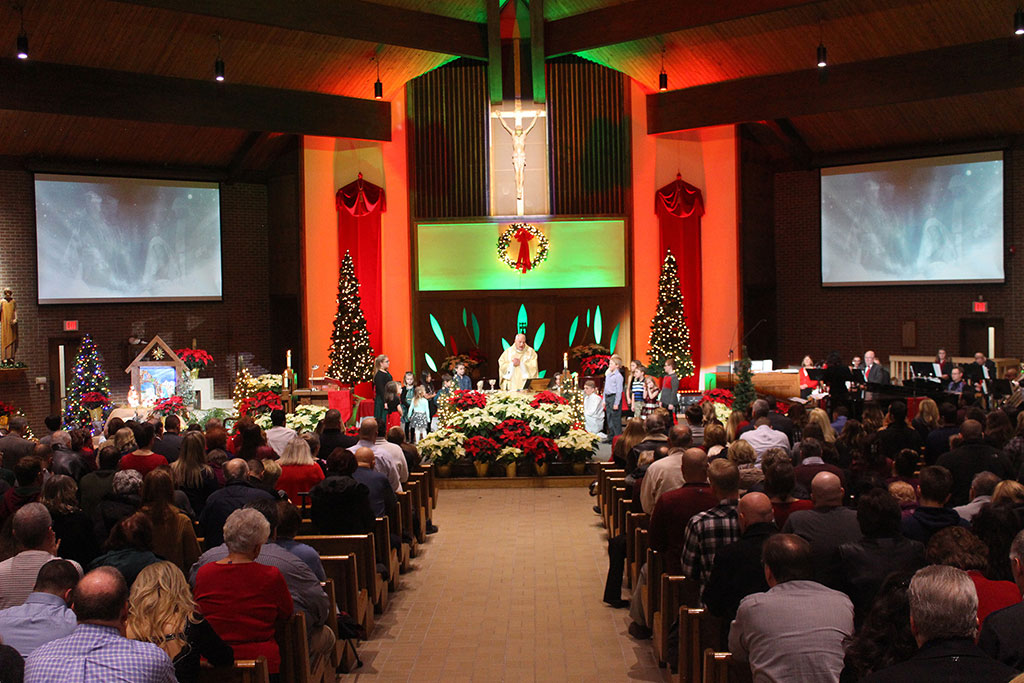 In addition to serving as stage lights and reaching areas that are not covered by the church’s ellipsoidal units, the Rogue fixtures are bringing a new visual dimension to services. Drawing on the wide 12° to 49° zoom range of the RGBW fixtures, Corbat is able to focus richly colored light on various architectural elements on the church’s walls as well as its ceiling to convey different moods.

“As moving fixtures with the ability to create a wide range of colors, the Rogues greatly expand our capability to support services,” said Corbat. “We are using these moving wash fixtures to highlight areas during liturgy as well as to project colors onto our ceiling so we can better reflect the mood of the liturgical season.”

The new lighting fixtures also enable the church to provide a more engaging environment for special events, such as its annual concert and performances by visiting music groups like the University of Michigan Men’s Glee Club. It is through this commitment to reaching out to people that St. Malachy has enjoyed an impressive growth record, which according to Detroit Catholic magazine has led it to become one of the few churches in its area to hold three masses every Sunday.