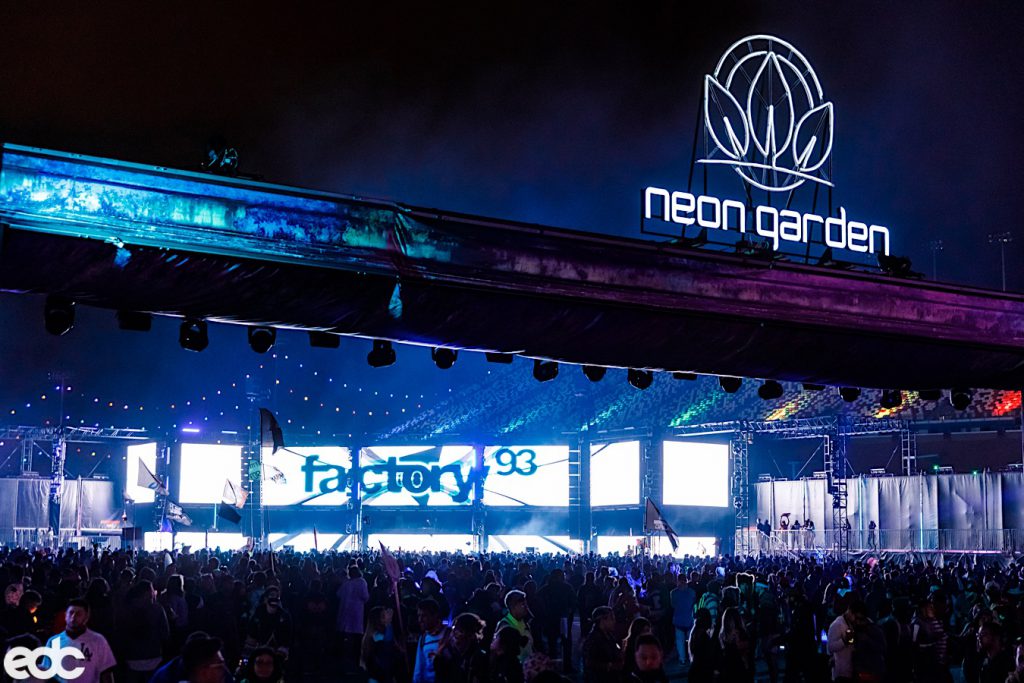 LAS VEGAS– After venturing into neonGARDEN, it was easy for Electric Daisy Carnival fans to forget they were standing under a desert sky. With its redolent neon signage, metal posts and intense, dark techno beats reverberating off its walls, this patch of land on the Las Vegas Motor Speedway grounds was transformed for three days in May into something evoking the vibe of an underground warehouse club that would be right at home in Brooklyn.

One of the keys to creating this atmosphere was an intense SJ Lighting video and lighting design that served up a crisp, precise, hard-edged visual accompaniment to the no-nonsense techno beats of DJs like Fisher, Idris Elba, Eats Everything, and Green Velvet.

Steve Lieberman and assistant lighting designer Max Robin included 48 CHAUVET Professional STRIKE Saber fixtures in their rig. Supplied by Aspect Lighting, the batten-style fixtures were positioned around a “window” created in the middle of a massive 125’ wide by 30’ tall 25mm mesh video screen that covered the entire front of the neonGARDEN stage.

From this position, the STRIKE fixtures did more than add a potent visual punch to the environment; they also made it easier for the design team to create an essential component of any underground club: the VIP area. 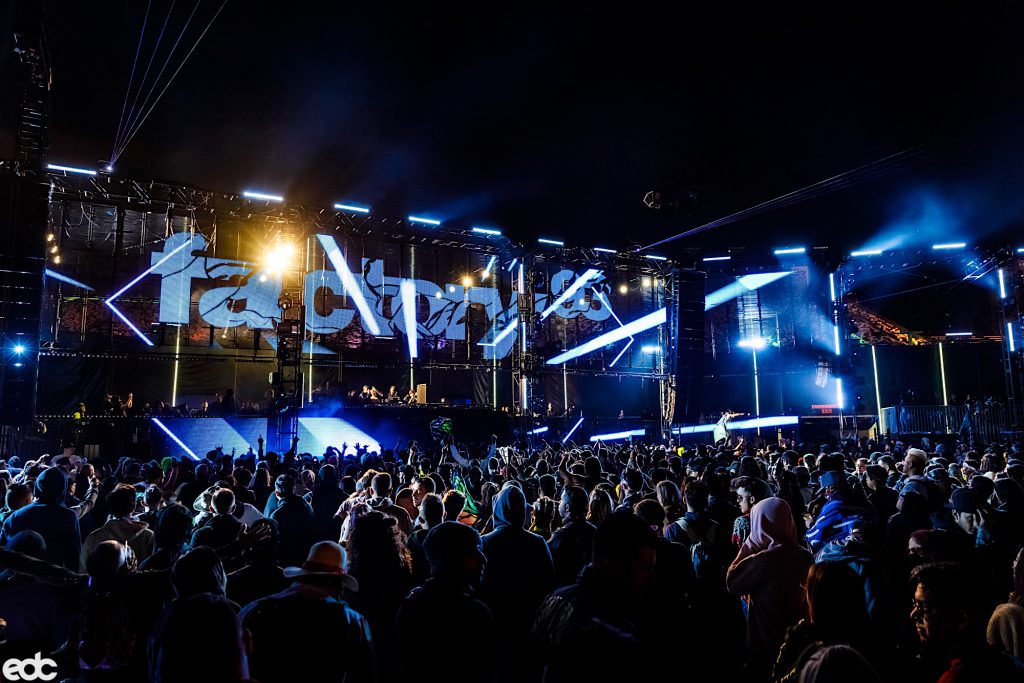 “The video screen was the big feature of our design this year,” said Lieberman. “Because of the style of music and the community that enjoys neonGARDEN, there was a VIP section right at the stage. We relied on the video screen to create a setting where the crowd wouldn’t have to see the people around the DJ, and at the same time, the crowd by the stage could see through the mesh and the large horizontal window that we cut through the screen.”

Bordering the top and bottom of the video screen’s window, the STRIKE Sabers served as blinders, adding an extra visual dimension to the wall for the neonGARDEN crowd. At the same time, thanks to their low profile, the linear fixtures didn’t obstruct the view of the people looking through the window from the other side of the wall.

“We created a perfect line with the STRIKE Sabers, so we could turn the window into an interesting visual element for the crowd, while still allowing the VIPs to have a clear view,” said Lieberman. “Our LD Alex Ares used the individual pixel control of these fixtures to create a lot of nice looks. He ran the Sabers warm white and amber, and basically used every feature they offered to change things up throughout the three days of the festival.”

The amber shift feature of the STRIKE Sabers, which emits an incandescent-like glow when these fixtures are dimmed, contributed to the “old-school warehouse club look” of the neonGARDEN, according to Lieberman. Also enhancing the intimate techno club vibe was the deep, evocative imagery created on the gigantic video screen by VJ Frankie Gnetic.

“Alex and Frankie and the rest of our crew were great, as were the people at Insomniac, who are real pros,” said Lieberman. “Designing for techno has its own unique nuances. You need very clean details and lines throughout, while still being very powerful and engaging.”

This year, the challenge of creating an intimate setting at neonGARDEN was even more formidable, as four 60’ wide openings had to be created through the site’s perimeter walls to accommodate the large crowds drawn by the star DJs. Still, Lieberman and his team were able to replicate a complete club experience… right down to a private VIP section.