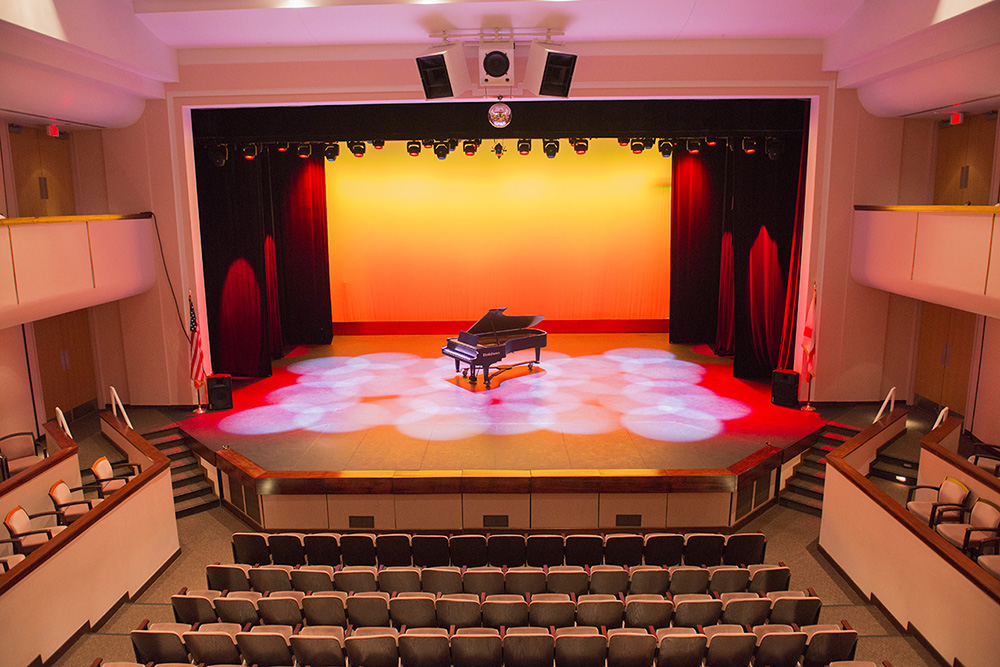 SUNRISE, FL – The Sunrise Civic Center Theatre is located only three miles away from the BB&T Center, the largest arena in the Sunshine State. Although the small local theatre doesn’t get the national acts that perform at its larger neighbor, it does offer people in its community a big time entertainment experience with skillfully produced and smoothly performed plays, musicals and comedy acts at its 300-seat indoor theatre and concerts at its adjacent amphitheater.

Contributing to the audience experience at both the indoor and outdoor facilities is a new lighting system made up of over 125 CHAUVET Professional fixtures. The new system was installed in June, 2017, after an extensive 18-month process.

“When all was said and done, we spent $250,000 on the new lighting system, including the fixtures, the console, the foggers and all the wiring/cabling,” said JP Oliver, Technical Director for the City of Sunrise. “We had over 150 line items of parts we needed to put this project together. Over six months were spent on the demo process, trying fixtures from different manufacturers and bringing some of them into our theatre for side-by-side comparisons. This is a city of under 100,000 people, so when you spend $250,000 on lighting for the theatre, you have to be right the first time. There are no second chances.”

Sunrise made the decision to go ahead with the lighting upgrade because the old system had not only become inefficient, it was also unable to keep up with the theatre’s expanding creative scope. “The old system was installed in 1998,” said JP. “The ellipsoidals had lost their reflective properties and, being incandescent, they limited us to a three-color wash. The diverse range and quality of the shows we were putting on called for a better lighting system.”

Oliver and the theatre’s lighting programmer Daniel Couppe spearheaded the process of designing a new system. They knew that the system they wanted would have to be comprised of full-color LED fixtures. Given the large number of fixtures they anticipated adding, they also knew that they would need a minimum of eight universe control options.

As they continued the planning process, the theatre team came up with a third dictum: “The more movers in the rig, the better.” This, they say, is because moving fixtures give them more options for creating special looks. Movers are also more flexible, they believe, when used as spots, since the direction of their light can be changed automatically without having someone physically climbing on a ladder to adjust them.

Save for some cyc lights, the only non-movers in the indoor theatre rig are 30 Ovation E-910FC RGBA-Lime color-mixing ellipsoidals. These fixtures are divided into six groups of five units each and hung on two FOH electrics. The Ovation E-910FC fixture in the middle of each group has a 26° lens, and the two units on each side of it have 19° lenses.

“This arrangement gives us full coverage of the stage apron and the proscenium,” said JP. “So we now have six areas of full-color coverage, which is something we did not have in the past.”

The theatre’s design team also hung four Rogue R2 Spot fixtures at the furthest FOH electric in the center of the theatre for stage and audience lighting. There are four other Rogue R2 Spot fixtures, along with 12 Rogue R1 Spot units, and 30 Rogue R2 Wash lights hung on three electrics over the stage to provide “unlimited color and intensity options” to meet the needs of the theatre’s diverse repertoire. A collection of 12 Ovation B-2805FC cyc lights also make up the rig, with half of them being flown 26’ over the stage and half positioned on the deck.

In contrast to the indoor theatre, which is focused on plays and musicals, the outdoor amphitheater is devoted almost entirely to concerts. Designed around movement and brightness, its rig is made up of two Maverick MK2 Spot fixtures, two Rogue R2 Spot units, eight Rogue R1 Wash lights and five Rogue R1 FX-B movers. For color washing, the amphitheater has 15 IP65-rated COLORado 3 Solo fixtures and six Ovation B-2805FC cyc lights.

“Everyone has been very happy with the indoor theatre and outdoor amphitheater lighting,” said JP. “We get a lot of compliments from people around town. Credit should go to the entire team for this accomplishment. There were a lot of people involved in this process; from our mayor to our deputy director on down, we received a lot of support. In the end, we got a lighting system that enhances productions and makes them more enjoyable for the entire community.” 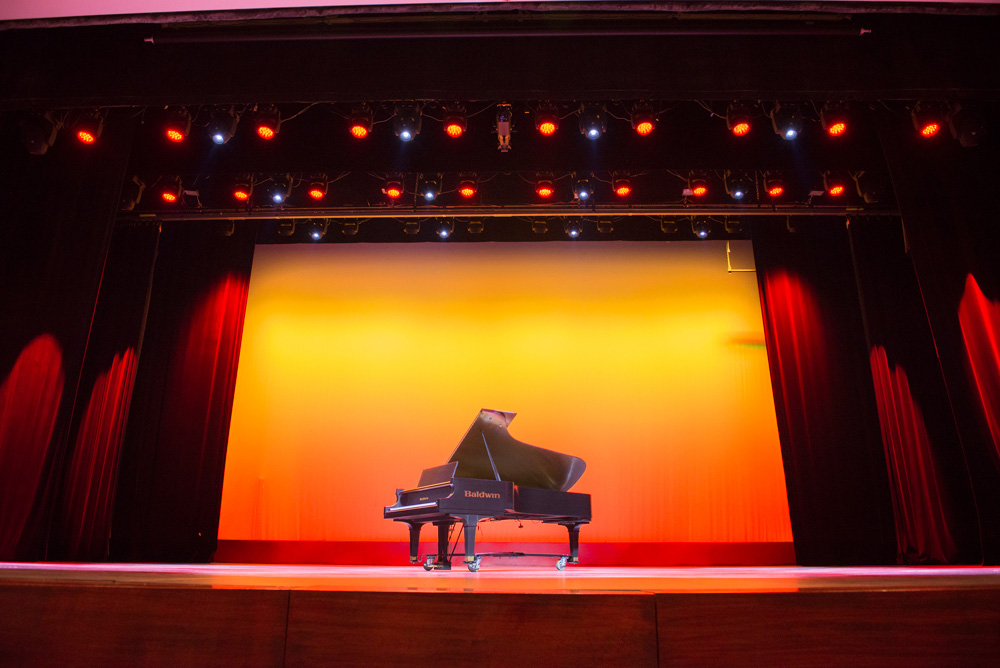