WAREGEM, Belgium – Securing any kind of longevity in the music business isn’t easy. For one thing, retaining an element of continuity in the constant ebb and flow of musical trends often proves to be the downfall of many a band and musical movement. For The Oh! dance music club night in Belgium, however, a tried-and-tested formula of world-class DJ sets and a string of high-profile singles is proving to hold the key to its popularity and longevity, which recently reached the quarter century milestone.

To celebrate 25 years of The Oh!, both old and new generations of Belgian dance music lovers were united in a recent anniversary party that reflected all of the excitement and energy that have made the club famous. Tasked with providing energetic visuals for The Oh! once again was Belgium design house CRS Rental Solutions, which designed an immersive stage set-up with a CHAUVET Professional rig that included 32 STRIKE P38, 12 Maverick MK2 Spot, 19 Rogue R2 Wash, 46 COLORdash PAR H12IP and 24 Rogue RH1 Hybrid fixtures.

In order to build the visual centerpiece upon which artists such as Frequencerz, Subsonik, Sound Rush, Sub zero project, Partyraiser and Pedroh! and could perform, Thomas Vandekerkhove and his team at CRS peppered the rigging structure above the stage with the STRIKE P38 fixture. As a result of the combination of audience blinder and strobe, the punchy 90W warm white LED source was on hand to elevate the EDM DJs taking to the stage by evoking that classic feeling of ’90s dance parties.

“The P38s awarded the fairly cavernous venue with a proper club ambience,” commented Vandekerkhove. “In addition to strobing and blinding effects for visual energy, the warm white tungsten effect ensured that we could introduce a classic house vibe to the stage, which really transformed key moments within several of the performances.”

While the P38s provided the familiar visuals synonymous with dance events of the previous decades, Vandekerkhove was able to provide contrasting looks with the comparatively contemporary pulsating energy of the Maverick MK2 Spot fixtures. Complementing the Maverick fixtures, an additional collaborative effort between the Rogue R2 Wash and Rogue RH1 Hybrid ensured Creative Rental Solutions had the tools with which to create further interesting effects on stage.

“With the Rogue R2 Wash’s saturated color palette and the RH1’s versatility, the combination was able to comfortably fill the huge Waregem Expo hall,” he continued. “The stunning output of both fixtures not only served to heighten atmosphere on stage, but also within the crowd.”

Providing further dashes and wisps of color on stage were the carefully placed COLORdash PAR H12IP fixtures. Thanks to the powerful IP-rated RGBWAUV LED source, the beautifully balanced, soft field of richly saturated colors served to create a number of effects both on stage and around the venue.

“The COLORdash fixtures were indispensable elements within our overall concept,” continued Vandekerkhove. “In addition to the stage area, we positioned the fixtures all around the venue to create an immersive element to the performances. As a result, we were able to create some wonderfully saturated effects within the venue to reinforce the fact that the audience and performers are united by the energy of the performances.”

There’s no question about it: The Oh!’s tried-and-tested formula of classic dance music married with spirited, energetic visuals has kept the event feeling as fresh and contemporary as it did 25 years ago. “The Chauvet fixtures were instrumental in achieving that special The Oh! atmosphere,” concluded Vandekerkhove. “Both the client and the audience were thrilled, and we’re proud to have given this special anniversary event the justice it deserved!” 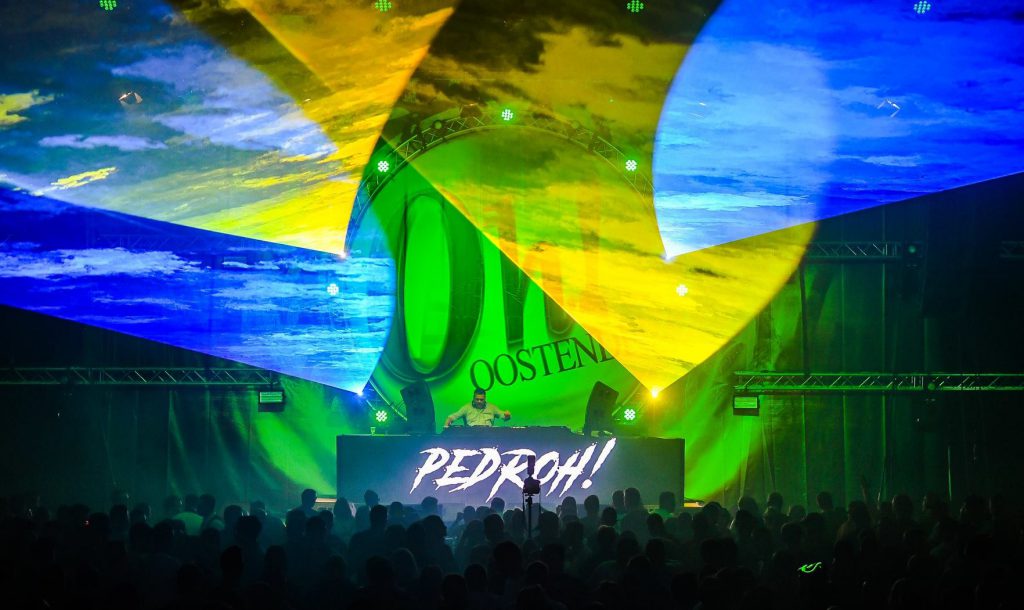