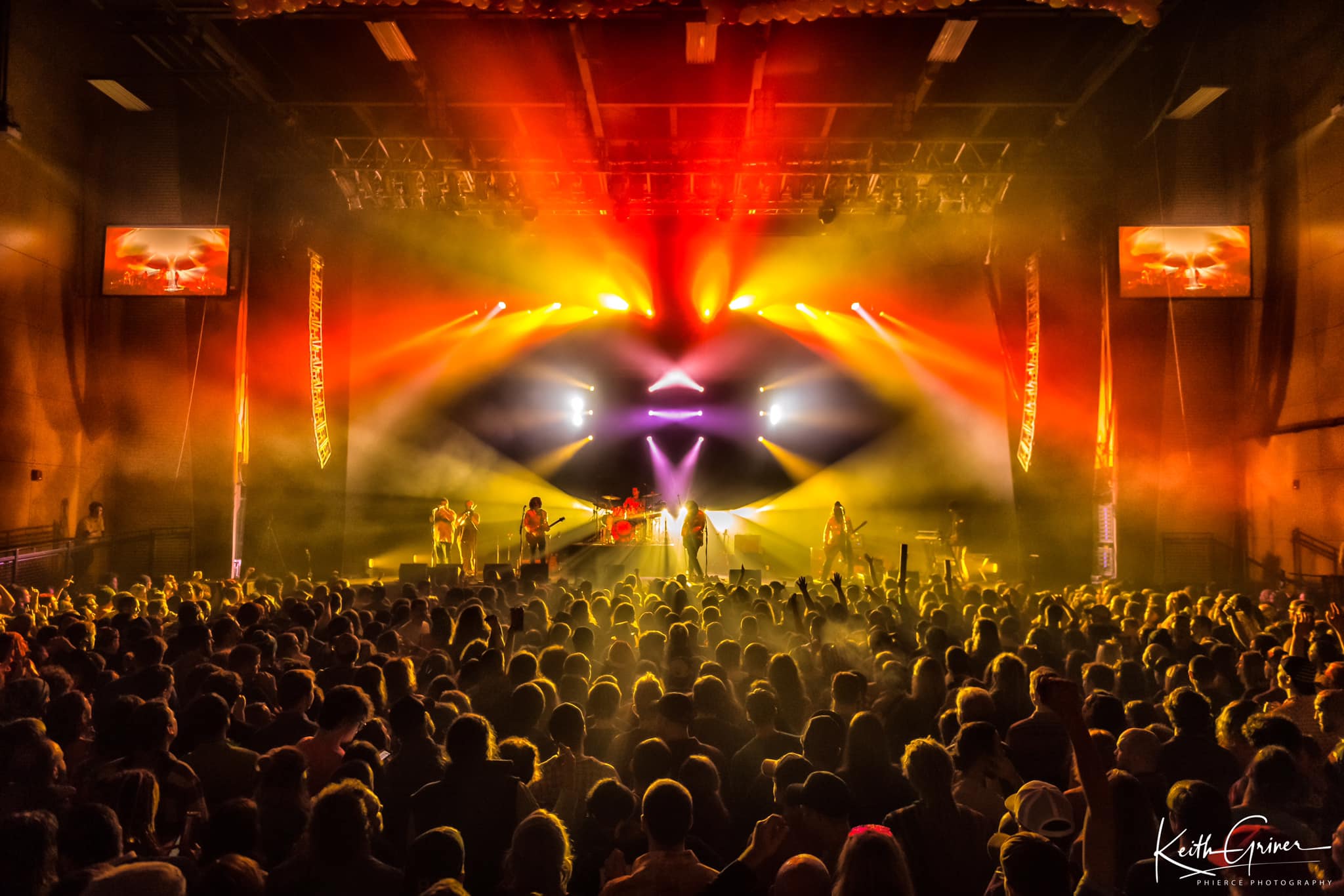 PITTSBURGH – Space aliens are landing in Pittsburgh! More than a few fans at Pigeons Playing Ping Pong’s sold-out Stage AE show in January had this feeling. And why not? The band’s lighting designer, Manny Newman, created an intense panoramic mothership landing look that appeared like something out of a Spielberg film, only more intense, more immediate, more immersive and (depending on how much fans imbibed) a lot more scary!

“We wanted not just to immerse fans, but to kind of challenge their sense of reality,” said Newman. Helping him in this ambitious endeavor was a collection of CHAUVET Professional Rogue fixtures from his personal stock and rented from Hougie’s in Pittsburgh.

Newman used 12 Rogue R1 Wash, 8 Rogue R1 Spot and 12 Rogue R2 Wash fixtures in his rig. “We relied on these fixtures to create a mothership look,” he said. “What we did didn’t involve science fiction; it was just the result of the careful placement of fixtures. We get this gigantic look when the upstage movers are in a high fanned-out position and the ground movers are in a low fanned-out position. This creates a very open look, which I like to use when I need a large scene.

“You can say the design looked like something from out of space,” continued Newman, “but I wanted a very organic look as opposed to straight Xs. Organic spacecraft! Fanned-out looks are always my go-to design.”

Newman’s light package was 16’ wide and was flown at a height of around 20’ at its highest point. The 12 R1 Washes in his rig were flown on the quick grid, along with 8 strobe units. On the ground he had 8 R1 Spots. He also used the R2 Wash for the side and downstage wash.

With this arrangement, Newman was able to create a galaxy of different looks for Pigeons Playing Ping Pong’s two 95-minute sets. In keeping with the improvisational mindset of his client, he busked the entire show. “I always busk,” he said. “Cue stacks and time coding are cool, but it’s like quantizing notes in audio. It just feels too robotic and lacks dynamics. “Pigeons

is a jam band, so trying to run lighting as organically as possible is crucial to creating a good show,” he continued. “I have been using the same master show file for at least two years, so the only thing that changes are the jams.”

So how did Newman come up with the dope looks for this show? The answer isn’t necessarily found in what he did, but in what he didn’t do. “The key was not thinking too much,” he said. “I try to reach a ‘Zen’ point where I don’t think and just react on what I’m feeling that moment. I heard Chris Kuroda in an interview say that he and Trey Anastasio would have a saying when they didn’t reach that ‘Zen’ point during the show. The saying was ‘Too much mind,’ which means you thought too much and didn’t just let it flow. I’m pretty sure it’s from that Tom Cruise movie The Last Samurai.”

It’s an attitude that plays well in Hollywood as well as in Pittsburgh, allowing this LD to not only take his lightshow to another level, but another world.