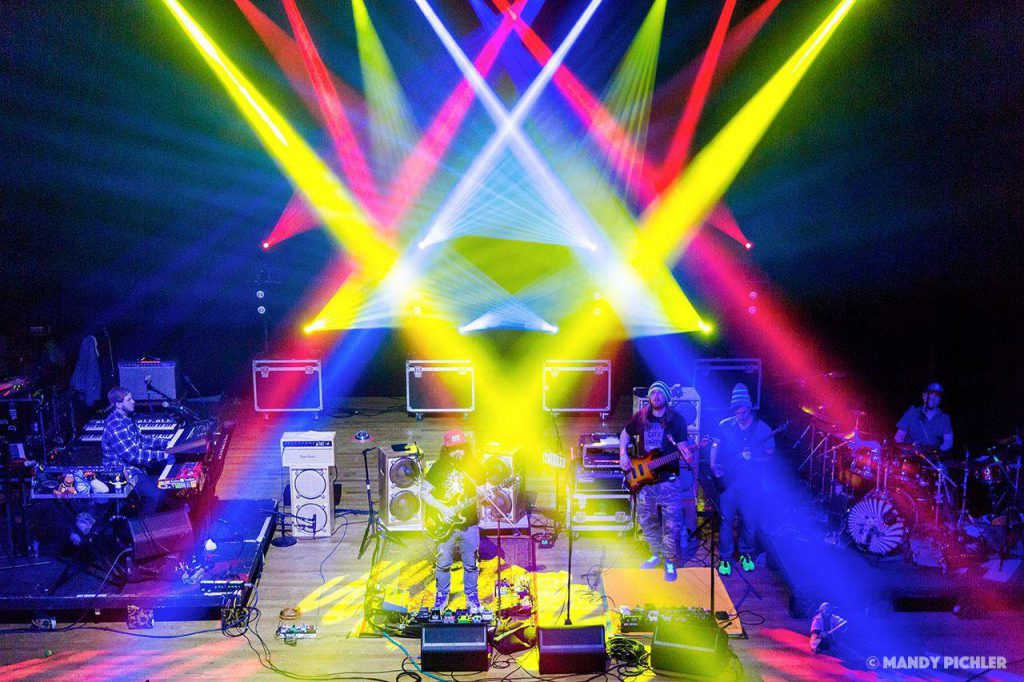 PROVIDENCE, RI – Late in 2016, the Gallup organization conducted a survey of jam band fans to determine the “approval ratings” of different groups. The Vermont-based quartet Twiddle earned the highest score, even edging out fellow Green Mountain State stars Phish. Although the first-place finish might have surprised some, it wasn’t particularly shocking to the legion of Twiddle fans that turn out to see the band play at festivals and music halls from Maine to California.

Twiddle has recorded upwards of 50 EPs as well as multiple studio albums, but for the band’s true fans the greatest pleasure comes from seeing them perform live. Joyfully blending reggae, funk and rock, with some spirited dashes of hi-def shred thrown in, the band takes fans on a carefree journey, where a delightful surprise seems to wait around every musical bend. Adding to the magic at a recent Twiddle performance was a free-ranging Evan Antal-designed lightshow anchored by CHAUVET Professional Rogue fixtures, supplied by KTR Lighting.

Antal, who designed for Zeds Dead and several others before he set aside lighting full time to pursue law school, rolled into the historic Strand Theatre in Providence, Rhode Island with a floor package of eight Rogue R1 Spot fixtures. Happily for him, he encountered a house rig that included six Rogue R2 Spot and four Rogue R1 Spot fixtures, as well as eight Legend 230SR Beam units. Meshing his package with the house rig, he created a lightshow that brought the entire 104-year-old venue into his client’s embracing performance.

“The show at the Strand was particularly rewarding, because the rig was perfect for the room,” he said. “Old theatres are fun to light, with all their character and texture, and it was a joy to have a rig at my disposal that had enough oomph to make the room explode but wasn’t overkill. I have found that the rigs that have the most balance, and complement the room the best, are the ones that bring the biggest smiles. It’s not necessarily the ones that are simply bigger by fixture count or some other measure of firepower.”

Positioned on cases with 3’ pipe and bases, the eight Rogue R1 Spot units in the floor package provided everything from floor texture, to aerial effects, to audience lighting. “Regardless of what’s in or not in any house rig, I can accomplish anything I need with the Rogues and some blinders that we place with them on the cases,” said Antal.

At the Strand, Antal found a house rig that matched his floor package in flexibility and intensity. On the house’s upstage truss were the six Rogue R2 Spot fixtures and the eight Legend 230SR Beam units, while the downstage truss held the four Rogue R1 Spot fixtures.

“I used all of these fixtures, along with the floor package, to light the air in and around the band and create some cool cyc looks,” said Antal. “The impressive optics on all the Rogue fixtures allowed for some very vivid textures and colors. They just feel really crisp. The clarity on the gobos and prism is fantastic, and the beam still has great definition with the iris tightened up.”

Antal explained why the ability to change looks quickly and dramatically is so important to his work: “Like many LDs in this particular corner of the music world, my show is entirely punted. However, many songs have developed cohesive ‘on the fly cue stacks’ that bring certain looks and color palettes to particular pieces of music. I grew up watching some of the great LDs work with the simple directive of using the lights to capture the essence of the music in the moment, in real time. I try my best to hold to that simple directive. The challenge is finding that Zen-like headspace and workflow and really connecting to the music. There is nothing I’ve found quite like the feeling of connecting to music with beams of light when everything really hooks up.” 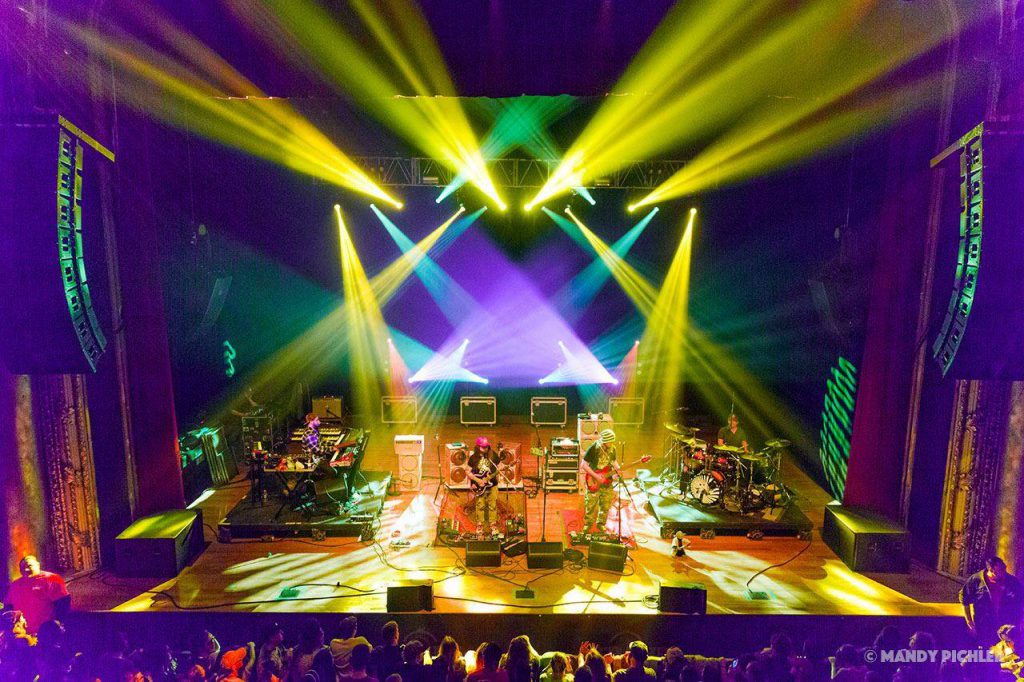