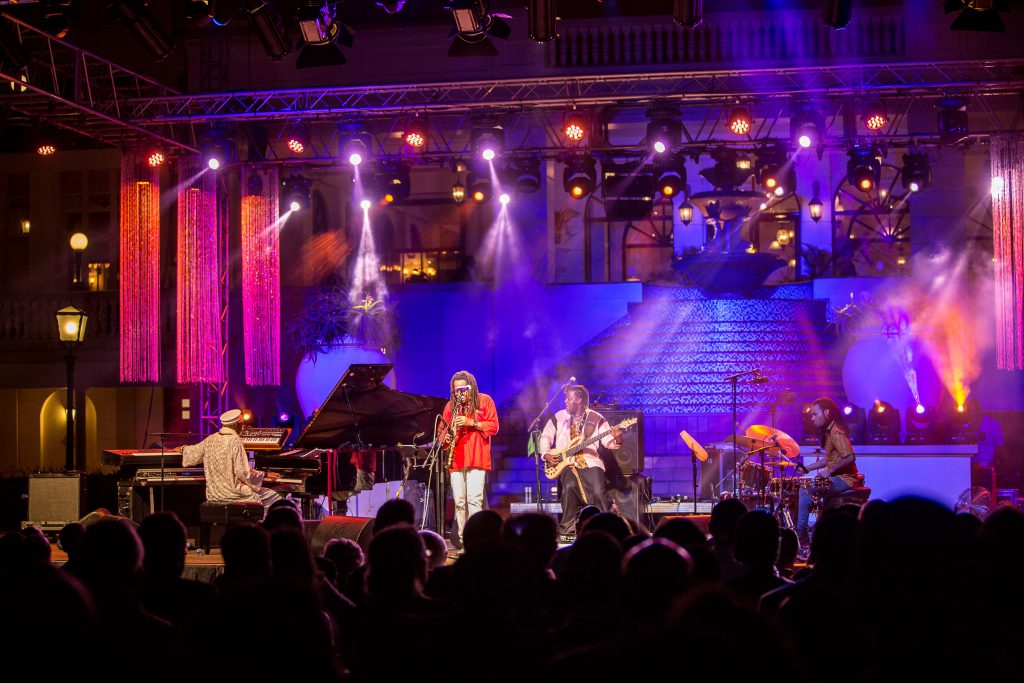 MAPUTO, MOZAMBIQUE – “Jazz music is the power of now,” Wynton Marsalis once observed. If that is the case, then Maputo is flourishing in the moment. A bustling city of gleaming new high-rises, Mediterranean-style villas and wide boulevards lined with jacaranda and flame trees, the Mozambique capital teems with the sound of jazz from its lively club scene and internationally acclaimed festivals. 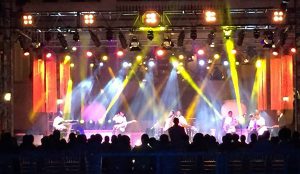 “The lighting is an integral part of these shows.  It takes the production from ordinary to extraordinary and JP’s expertise with these lights is crucial,” said the Executive Producer of Morejazz Series, Moreira Chonguica. 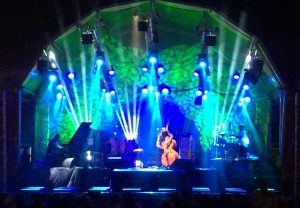 Willson used six Rogue R2 Spots, six Rogue R1 Spots, eight Rogue R1 Washes and four Rogue R1 Beams at the Morejazz Festival, which took place on the grounds of the elegant Polana Serena Hotel in the heart of Maputo, as well as at the Port of Maputo. These fixtures anchored his designs on two festival stages: a VIP stage on the hotel’s veranda; and a larger public stage inside the Port of Maputo.

In both cases, Willson focused on creating designs that had the brightness to convey the emotional energy of the music, yet were flexible enough to support artists of varying styles and from different jazz genres. “A thing that I like about the Rogues, aside from their speed, intense output and brilliant colors, is their flexibility,” he said. “Their wide zoom range, their ability to split colors and their gobo capabilities made it very easy from me to change the look on both stages from artist to artist and song to song.” 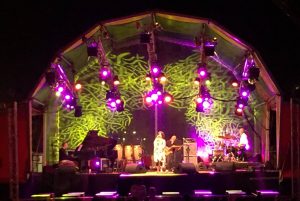 For the VIP stage, Willson flew six Rogue R2 Spots in a straight line on downstage truss, where he used them to down spot artists and for audience lighting. His VIP rig also featured Rogue Wash and Beam fixtures flown on midstage truss and two side sticks that ran perpendicular to it. He relied on intense aerial washing to capture the mood of the higher energy acts on stage.

The larger public stage at the Port was capped by a temporary bandstand shell. Willson accented this structure by ribbing it with five diagonally oriented ladder truss units that splayed out from the center of backstage and rose higher, as well as further apart, as they reached the downstage area. Flying a mix of Rogue washes and spots on this structure, he created a warm glow inside the shell that strengthened the connection between the artists on stage and the people in the audience.

Bright, intense and changing in refreshingly original and unexpected directions, the lighting on both stages swept the large crowd up in the moment in a soul stirring shared experience –much like the jazz that runs through Maputo itself. 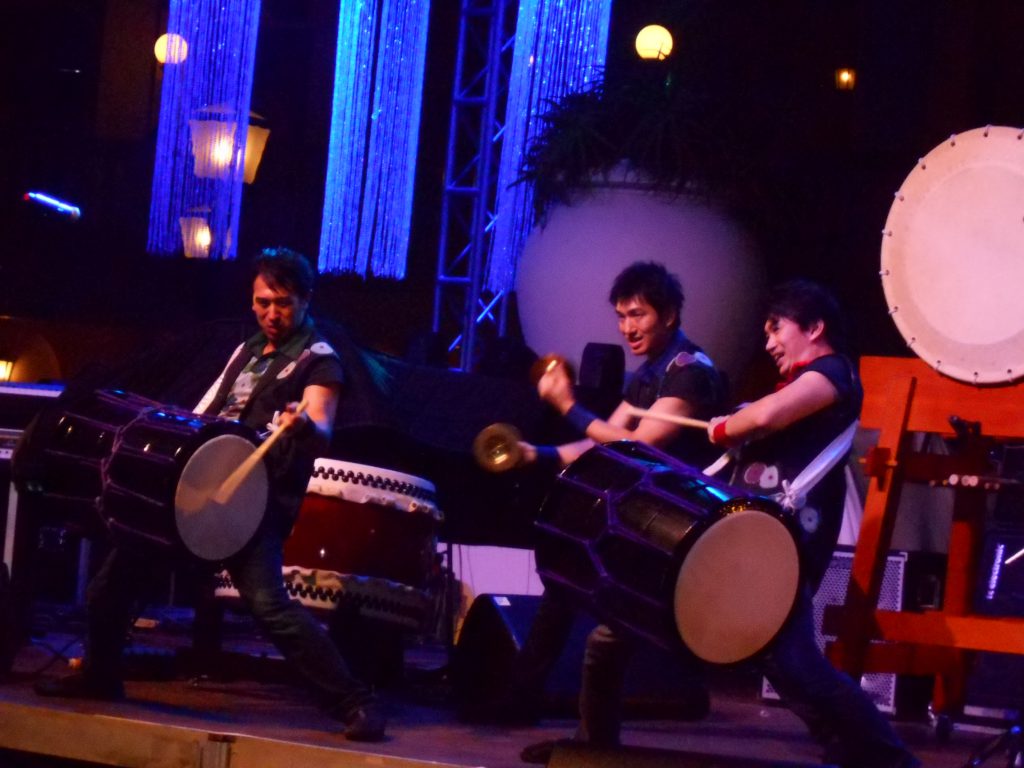 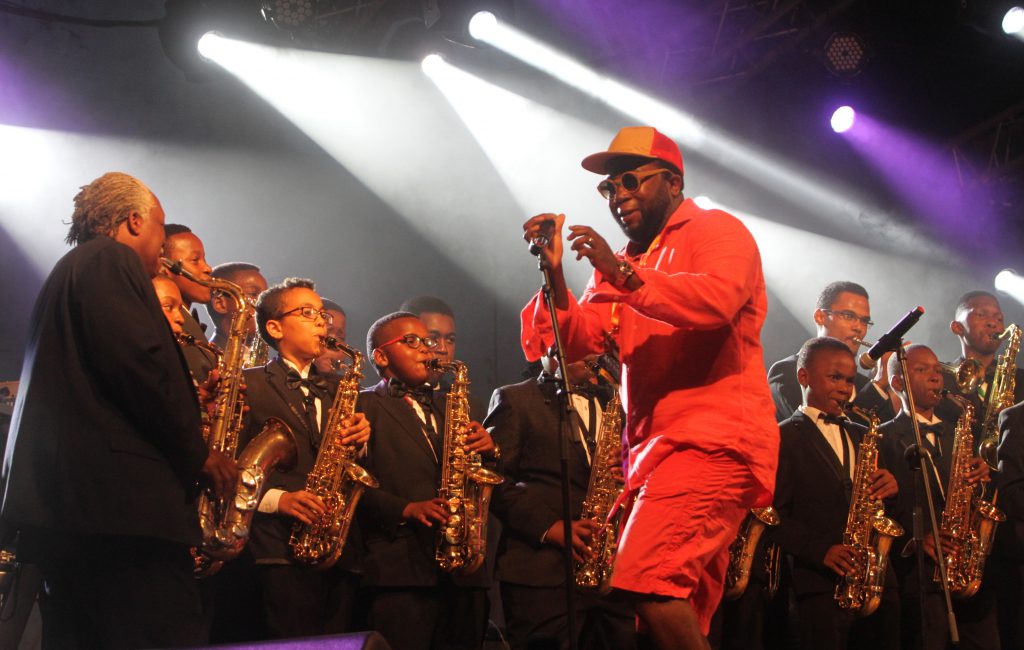 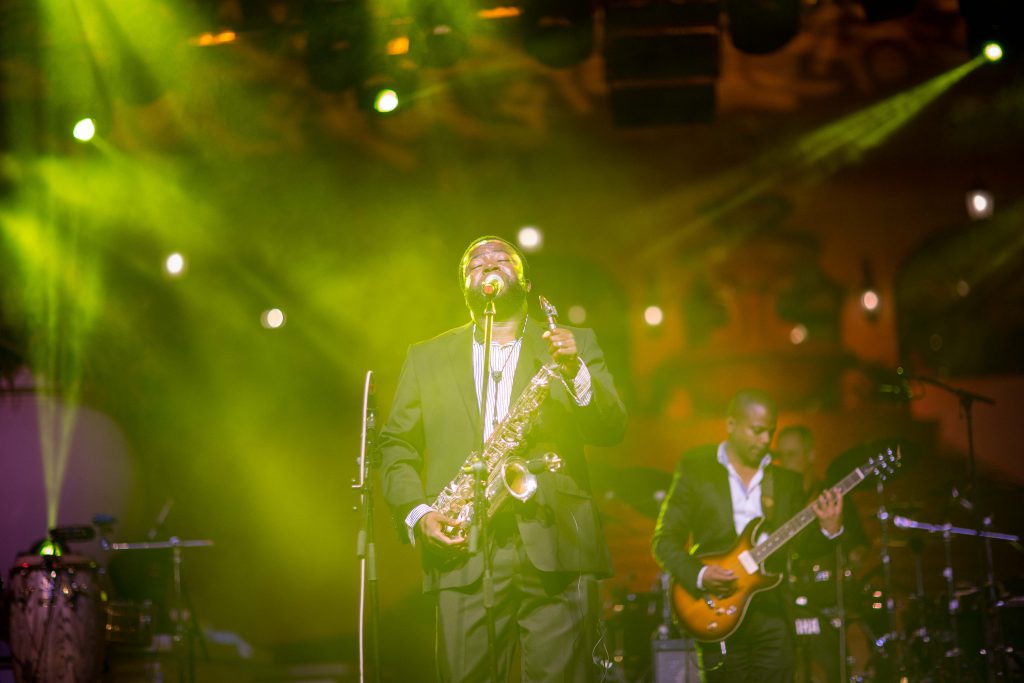 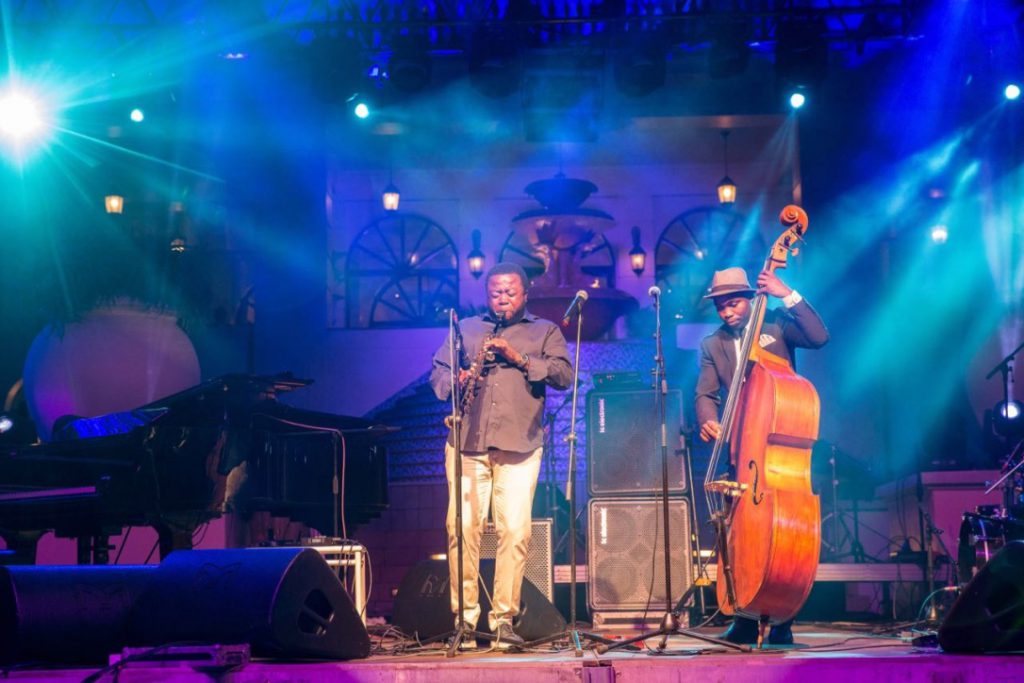