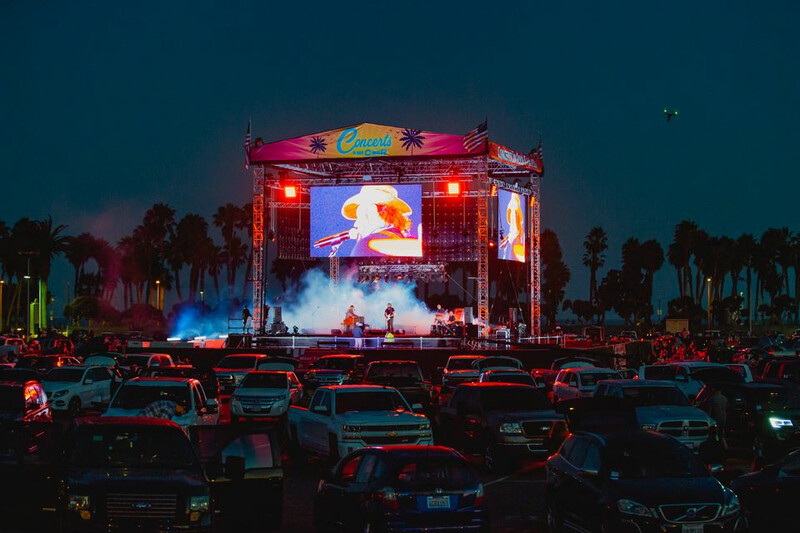 VENTURA, CA –  Most people call the beautiful 65-acre site just off the Ojai Freeway the “Ventura County Fairgrounds.” Officially, though, its name is “Seaside Park,” a reference to its location on the Pacific Ocean.  It’s a setting that makes for magnificent views, but the winds blowing in off the beautiful sea can play havoc with anyone trying to set up a large LED video wall, or run fog for a lightshow.

Victor Ortiz knows this first hand. The owner of Darvik Productions, he has been the Production Manager for Concerts In Your Car, a regular series of drive-in concerts at the fairgrounds since early June when he teamed up with the ongoing event’s producer CBF Productions.

Contending with the occasional wind gust is only one of the challenges Ortiz, lighting designer Martin Castañon, and the rest of the Darvik Productions team, has had to deal with at the 700-car capacity shows, which have featured artists like Third Eye Blind and Fritz and the Tantrums.

Unlike most drive-in shows, Concerts In Your Car takes place on an open 360ﹾ stage, a configuration that provides better viewing angles for fans in their cars, but eliminates all design options that require a backdrop. Ortiz and his team  have navigated their way around this limitation with help from a powerful and versatile rig that features 14 Rogue RH1 Hybrid fixtures and 28 Rogue R2 Wash units from CHAUVET Professional. 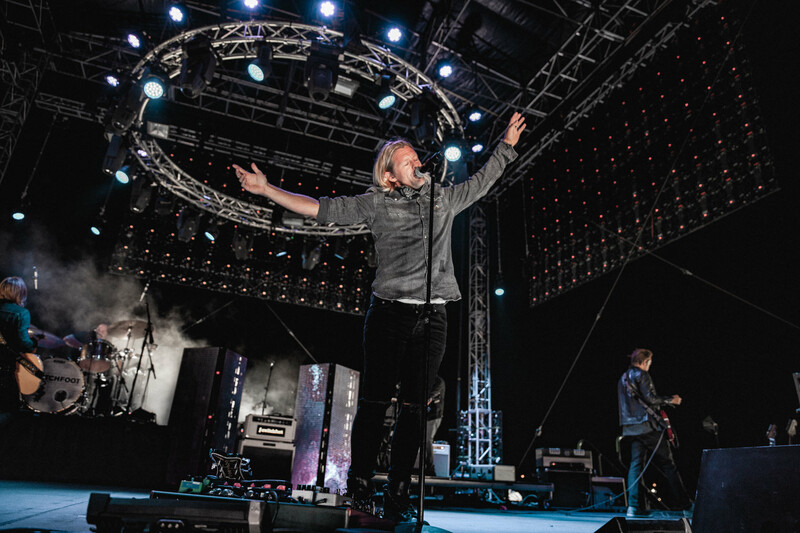 Some of the rig’s fixtures are positioned on the massive truss structure that frames the 40’ x 40’ stage, which has an 8’ high deck surrounded by a 5’ camera ring. However,  most of the lights are flown on the circular truss structure that hangs about 14’ over the stage deck. From this position, the fixtures create a concentrated coverage area that pulls attention toward the stage.

Crossing patterns of light from Rogue fixtures on the central truss also create an architectural pattern that endows the open stage with an important sense of structure.  For an added sense of depth, the design team relies on gobo patterns from the rig’s moving fixtures.

Another key component of the design are the large LED video walls that are hung on all four sides of the stage. The bottom edges of these panels are positioned just above the circular truss structure. By changing eye levels over the stage, this arrangement gives the stage a deeper look.

For their part, Ortiz and the Darvik team have grown accustomed to designing for the 360ﹾ stage. “I think we have gotten used to working without a backdrop,” he said. “Depending on which side of the park you’re on, you have either beautiful palm tress and the ocean as a natural backdrop, or the hills of our downtown Ventura. That’s not too bad!”

As for the wind, Ortiz has learned to deal with that too. Someone on his team monitors wind levels at all times. Since the strongest gusts tend to come at dusk, he often waits until the last minute, when cars are already in the lot, to put up his LED screens. The main concern, he says, is to set up the stage safely and present the show on time.

As for the shows themselves —  they have been a huge hit with fans. So much so, that the Concert In Your Car series is expanding to the Phoenix area.  Ocean winds won’t be a concern there, but Ortiz and his team will still be ready to meet the challenge of designing for an open stage in order to give fans a rewarding concert experience in a unique drive-in setting. 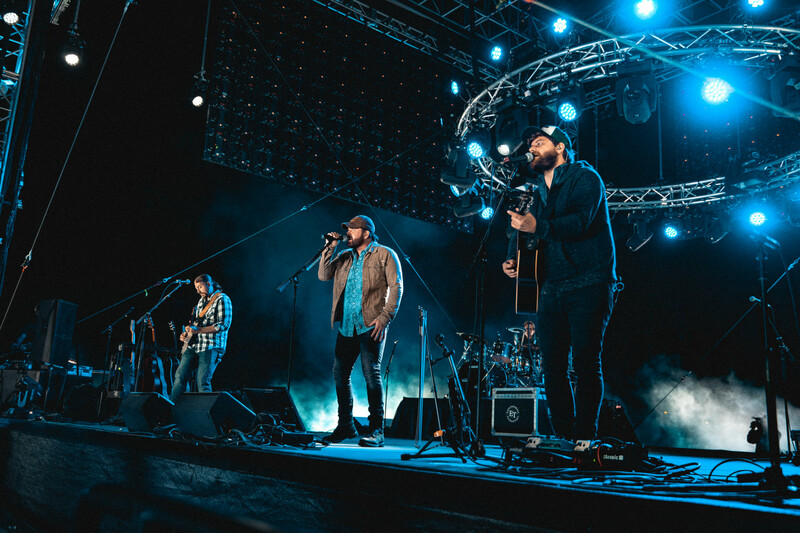