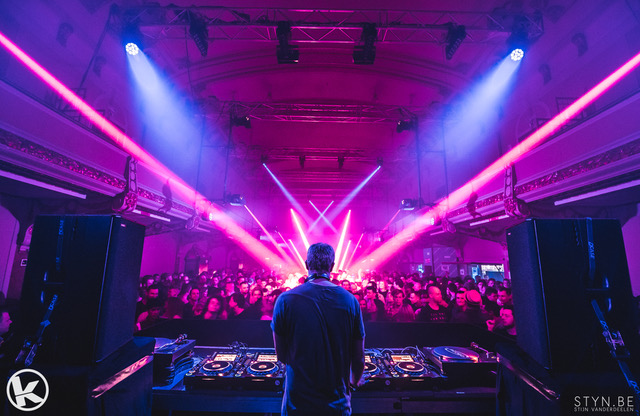 GENT, BELGIUM–  There are no soft curves at Kozzmozz. For 23 years, Belgium’s leading EDM festival has smashed through boundaries with the force of a runaway train, holding nothing back as it’s brought forth one razor sharp performance after another in rapid fire succession on its way to international acclaim.  Providing visual support for this year’s event was an equally intense and hard-edged lightshow by Vince de Schinckel that was power-driven by CHAUVET Professional Maverick and STRIKE fixtures, supplied by Euro PA.

“For the techno lighting concept, I took inspiration from the linear and angular elements within industrial architecture,” said de Schinckel. “I was able to combine the different looks of my fixtures into one package essential for crafting the hard industrial event atmosphere.”

Central to this concept were the STRIKE 1 fixtures, which were suspended from trussing extending out into the cavernous yet beautiful Vooruit concert hall venue. Thanks to their 230W bold audience blinding and strobe effects, the STRIKE units created a number of intense and engaging looks for techno sets from world renowned DJs such as former Berghain resident Ben Klock. 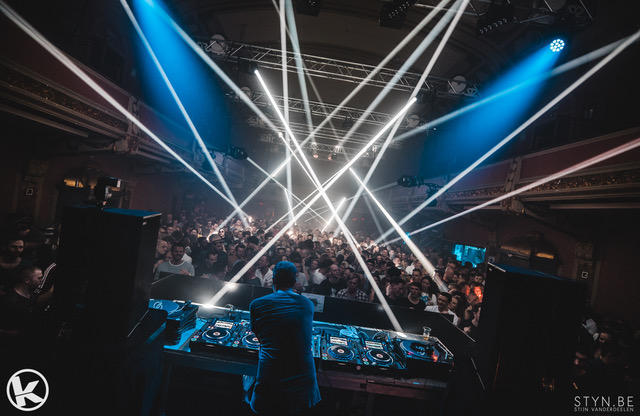 “The STRIKE 1 is a very powerful fixture,” said de Schinckel. “The strobe/blinding combo coupled with the tungsten emulating effect really reflected and enriched the raw and sparse atmosphere created by the music.”

Another tool used to build de Schinckel’s industrial powerhouse was the Maverick MK2 Wash.  Its punchy Osram RGBW LEDs provided incredibly saturated wash effects to paint the large venue with techno-friendly colour. “The Mavericks provided incredible colour in the venue,” said de Schinckel. “We provided a general base of colour through that the other fixtures could play off against – not an easy task considering the size of the hall.” 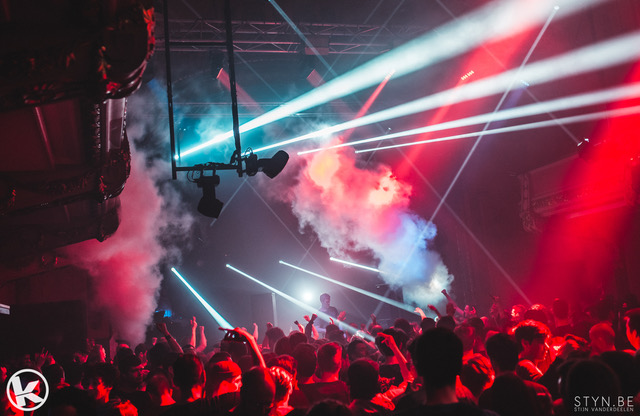 Working in unison with the Mavericks were two CHAUVET DJ Intimidator Hybrid 140SR fixtures flanking the DJ booth. Drawing upon the fixture’s spot, beam and wash effects, along with its independently controllable prisms and dual gobo wheels, de Schinckel was able to create a number of cutting effects above the central DJ booth on stage.  “The hybrids were great for their tight and crisp beams and their speed,” he said. “I especially used the beam feature to provide linear columns on stage, which I was able to use in combination with other effects too.”

Thanks to de Schinckel’s unique lighting solution evoking industrial architecture, technoheads from Belgium and further afield were presented with a cathedral of techno within which to gather, dance and lose themselves to the music. As a result, the legacy of Kozzmozz – and techno itself – continues to evolve in Belgium with its audience. 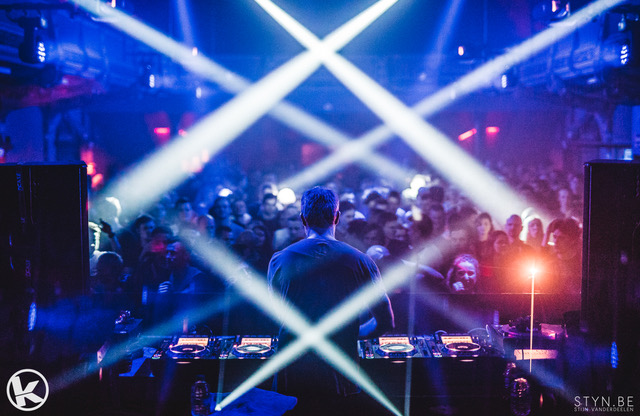