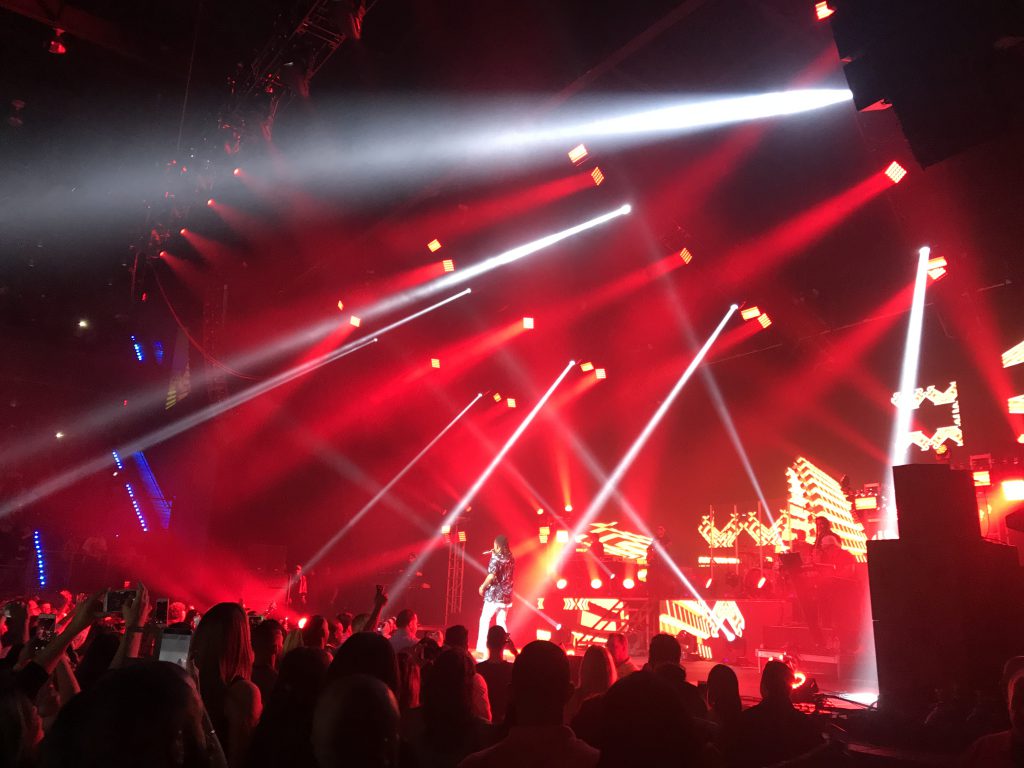 MIAMI LAKES, FL – Fans tend to leave an Ozuna concert feeling good about themselves and optimistic about life. The 24-year-old reggaeton sensation exudes positive energy in his cheerful stage persona and his uplifting songs, which often revolve around making dreams come true.  This upbeat mood is very much in evidence on the signer’s sold out Ozuna – Odisea Tour 2017, which is produced by Elite Media and Marketing.

Setting an appropriately buoyant visual tone for the world tour is an Alex Soto designed lightshow that features 16 CHAUVET Professional Next NXT-1 moving fixtures supplied by LPS Production of Miami Lakes, FL.  The RGBW fixtures are arranged on horizontal pipe that sits atop 8’ truss positioned throughout the stage.  Producing vivid colors and sweeping crisscrossing movements, they support the spirit of Ozuna’s performance by creating a playful, happy, anything-is-possible atmosphere. 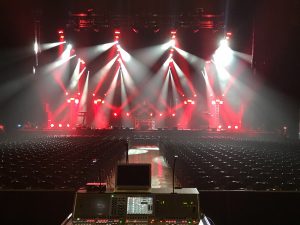 “We’ve worked together with Elite Media and Marketing and also with Alex Soto for some time now,” said Gerardo Rodriguez, lighting specialist at LPS. “When this project came along, we were very excited to get involved, because of the incredible popularity of Ozuna and his great image. Alex worked with us to create a fun, different floor package to appeal to Ozuna’s audience.”

That audience has grown to monumental proportions. Earlier this year, Ozuna had six songs simultaneously on the Billboard Hot Latin Songs Chart. All totaled, his songs have amassed over 800 million views on YouTube. As is often the case with tours by a rapidly rising young star, Ozuna is playing at a wide variety of venues from the 17,000-plus capacity Amway Center in Orlando, to the Nokia Theatre in Los Angles, to smaller mid-sized music halls. Having the Next NXT-1s on vertical truss structures makes it easier to adjust the lightshow to fit different venues and stages. 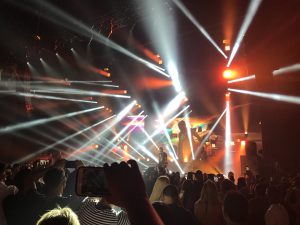 “We started out with eight Next NXT-1s and went to 16,” said Rodriguez. “We have one NXT-1 on either side of the horizontal pipe at the top of each truss structure. We can create a lot of different looks by changing the positioning of these lights. The Next NXT-1s are just very versatile fixtures. We were a big fan of the Nexus 4x4s when they came out because they were versatile, and the NXT-1s just took that principle and supersized it.  We really liked the built-in macros, and the color mixing is just superb. Power consumption was also a big issue in touring, so the fact that it’s LED but still really bright makes it a good versatile light overall.”

The intense output of the Next NXT-1 fixtures also allow them to stand out against the color washes and aerial beams that punctuate the light show. When the colors from the NXT-1 moving panels are coordinated with the rich washes used in the show, an added sense of depth is created on stage, enhancing the overall atmosphere of the concert.

“I think the Next NXT-1s were a perfect fit for this tour,” said Rodriguez. “The NXT-1 has great versatility, which gives an out-of-the-ordinary look to a lighting rig. People are used to seeing plain washes, beams and spots, so when they see something different they’re amazed. That’s what it’s all about, innovating.”

How true, especially when you’re lighting for a young artist that is setting his own, very unique course on the concert trail.