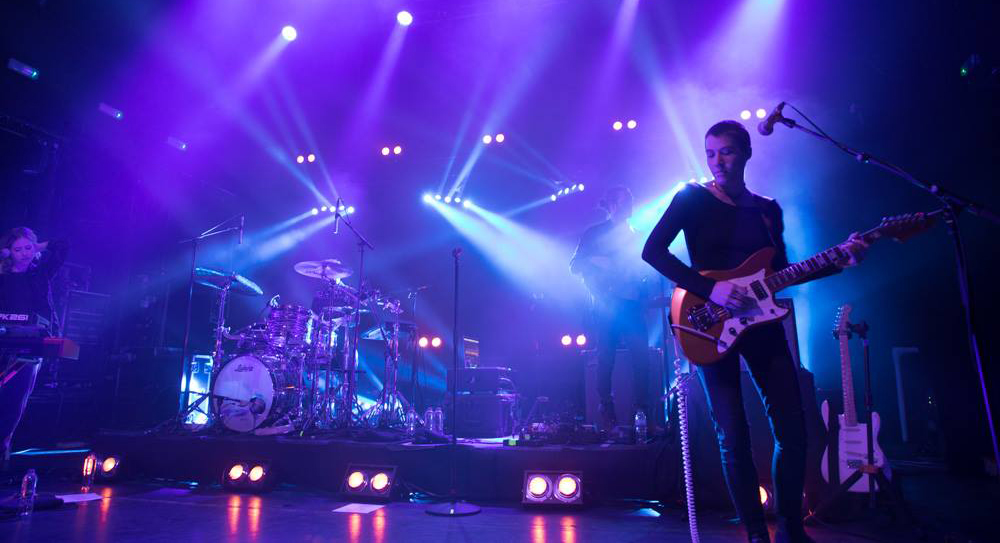 LONDON – Describing the sound of rising young star Maggie Rogers is no easy task. One critic called her “an electric Joni Mitchell.” She is in reality much more, with an acoustic sound that goes much deeper into country than folk, and a driving electric undercurrent that pushes her into club-like vibes. This unique mix mesmerized Pharrell Williams when he heard her at a masterclass at NYU two years ago. It was an encounter that helped launch her career, drawing attention to what would become a Top 20 hit on the US rock chart.

Recently, when Rogers appeared at London’s legendary KOKO club to support the release of her new single “Give A Little,” designer Ben Everett of Mirrad reflected her multifarious sound with a lightshow that was as varied and multi-dimensional as her music. Helping him in his undertaking was collection of 14 CHAUVET Professional Rogue R1 FX-B fixtures, supplied by Colour Sound Experiment.

“The initial concept behind the design was to incorporate a mix of vintage looks with tungsten fixtures and more current electronic looks as a nod to both the folk and electronic genres that heavily influence Maggie’s music,” said Everett. “Budgetary constraints limited the number of tungsten fixtures we could incorporate, but we did rely very heavily on the Rogue FX-Bs to provide enough diversity to do justice to her music. When you have 14 of the FX-B as we did, you can create an endless variety of very different looks.”

Everett arranged his Rogue R1 FX-B fixtures on three horizontal drop bars rigged from the house back truss at 1.5-meter (roughly 5-foot) intervals. He had five of the RGBW LED linear fixtures attached to the top bar, four to the middle bar and five to the bottom bar.

From these positions, he was able to create a wide array of dynamic aerial effects, having beams from each fixture’s five independently controlled moving heads cross one another in mid-air, move in different directions, or act in unison with all 75 moving heads casting light in the same direction. For some songs, he had the Rogue R1 FX-B pan up and down simultaneously, creating a light fanning effect. Like the other fixtures in the lightshow, the Rogue R1 FX-B was used to create heavily saturated blue, reds, ambers and open white.

Everett deployed over 40 other fixtures in his rig, including spots, blinders and Rogue R2 Wash units. The aerial effects from the Rogue R1 FX-B fixtures had no issue standing out against light from the other fixtures.

“I’ve used the R1 FX-B on a number of different designs now, and I am always impressed with how well they hold their own against other fixtures,” said Everett. “For a room the size of KOKO they are more than bright enough, even when using heavily saturated colors in them.”

Balancing all the fixtures in his rig was particularly important to Everett, given the eclectic nature of Maggie Rogers’ music. “I wanted to weave a complex network of looks to reflect the nature of her music,” he said. “In the end, it was a very gratifying to see that my initial design concepts stayed true through to the final design, and know that the artist was delighted with the results.” 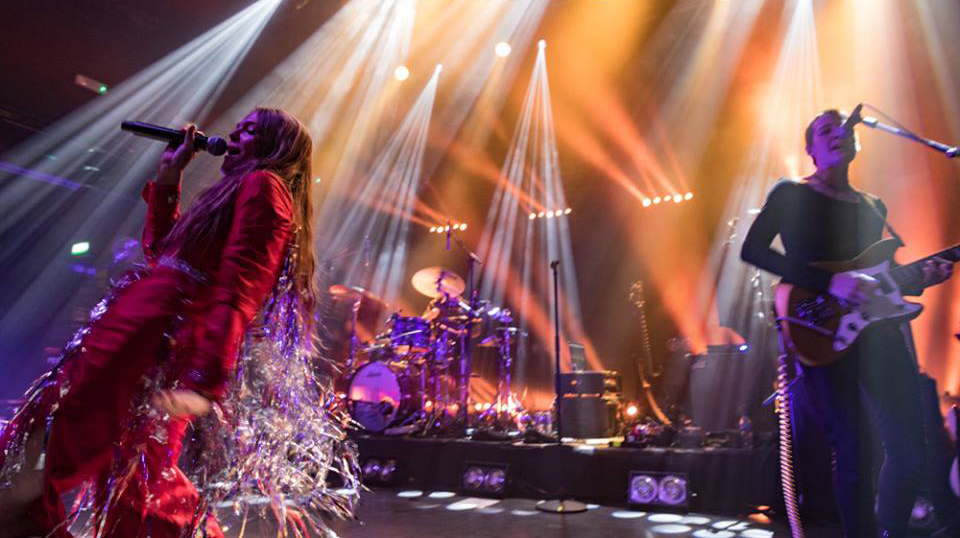