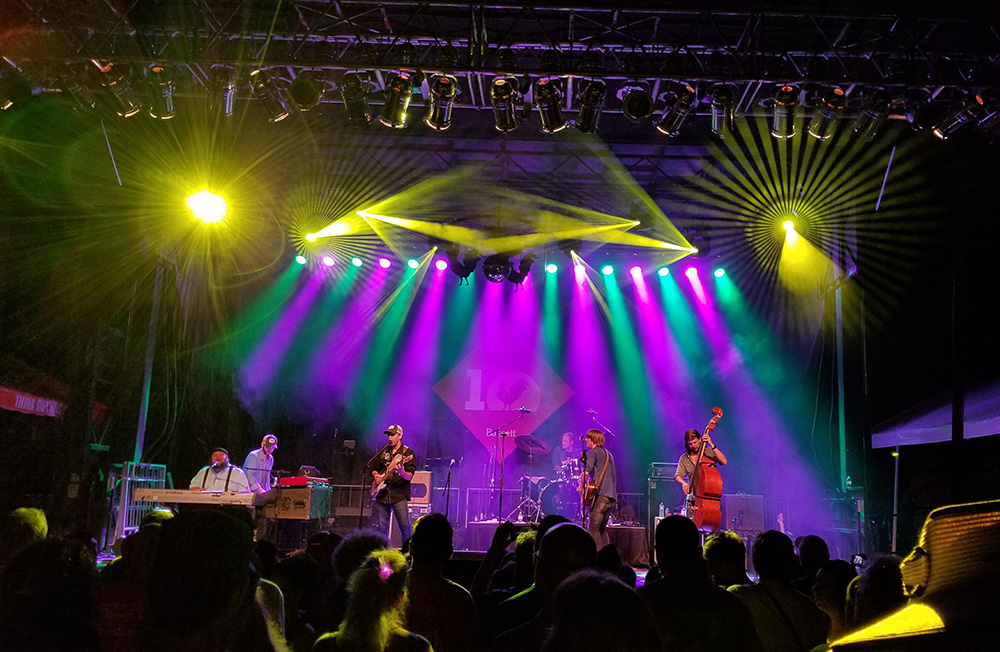 MARTINSVILLE, VA – The Rooster Walk Festival isn’t named after the iconic bird that crows every morning when the sun comes up. However, it does represent the dawn of a new day for both a hard-pressed region, and a lot of young people with aspirations in music. Now in its 10th year, the four-day event provides a much-needed boost to the local economy at Martinsville, a small town with the highest unemployment rate in Virginia. The festival also raises money for a local scholarship fund and a program that provides free musical instruments to high school band students.

As Rooster Walk has grown, it’s become more effective at raising funds for these good causes. Along with this growth, though, has come the need for more diversified lighting to support the greater number of bands appearing at the festival. (This year, 26 new acts were added to the schedule.) Berkeley Dent and his team at 81 Productions met this challenge by creating a rich variety of looks on two stages with help from a collection of CHAUVET Professional Rogue fixtures.

“We took a different approach to lighting the two stages so we could reflect the different styles of music on the festival’s card,” said Dent. “At the Main Stage, we were going for a more sophisticated look, with a lot of washes and solid colors. But we still wanted something ‘punchy,’ so we also used beams and created a lot of movement at times too. The Lake Stage hosted more late night high-impact acts, so we threw in a lot more eye candy.”

Dent credits the skill of his 81 Productions lighting directors and the flexibility of his Rogue fixtures with helping to turn his vision for the festival into reality. “The LDs from my company, Trevor Creany on the Main Stage and Jason Patsel on the Lake Stage, did an excellent job working the boards,” he said. “Our Rogue RH1 Hybrid, Rogue R2 Wash and Rogue R1 Spots also gave us the color, movement and effects we needed to keep coming up with fresh looks for all the different bands over four days. They did everything we asked of them.

“The Wood Brothers brought their own LD, and he did not have his own ground package. At the end of his show, he couldn’t say enough good things about the RH1/R2 Wash combination.”

Dent deployed eight Rogue RH1 Hybrid fixtures and 16 Rogue R2 Washes on the Main Stage, as well as 12 Rogue R1 Spots on the Lake Stage. “This was the first time I used the RH1, and it blew me away,” he said. “It was the talk of the show as far as lighting was concerned, because it could do so many different things well.”

On the Lake Stage, the 12 Rogue R1 Spot fixtures in Dent’s rig were critical to creating the eye candy looks he was after. To complement his spot fixtures, he washed the stage in vivid colors with 12 Q-Wash 260-LED fixtures. He also created bold background hues with 14 COLORband PiX IP RGB units from CHAUVET DJ.

“Color was a big part of the presentation on both stages,” he said. “By creating different palettes, we could give each band something of a unique look, which was a big deal given the number of acts we had over the course of the festival. We also changed up looks by accenting the stage in different ways with spots. The output of the Rogue RH1 and R1 Spots was excellent for audience lighting.”

For his part, Dent, who has been involved with the festival “since Day 1,” is gratified by how its impact has grown. “Seeing the success of the festival and watching my business growing side by side has been something special,” he said.

As for the name of the festival, it was selected to honor two local men, Edwin “the Rooster” Penn and Walter Shank, who passed away while still in their early 20s. The festival organizers, who were friends of the two, created the event in their honor to “celebrate life and the notion that you shouldn’t waste a moment of it.” For the past decade, the festival has certainly lived up to this vision. 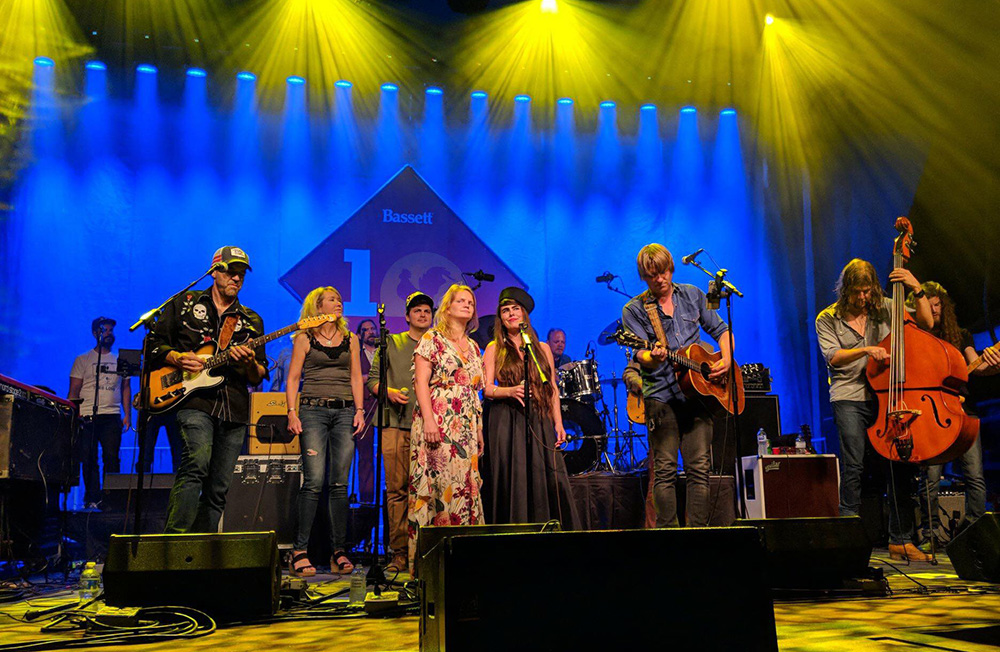