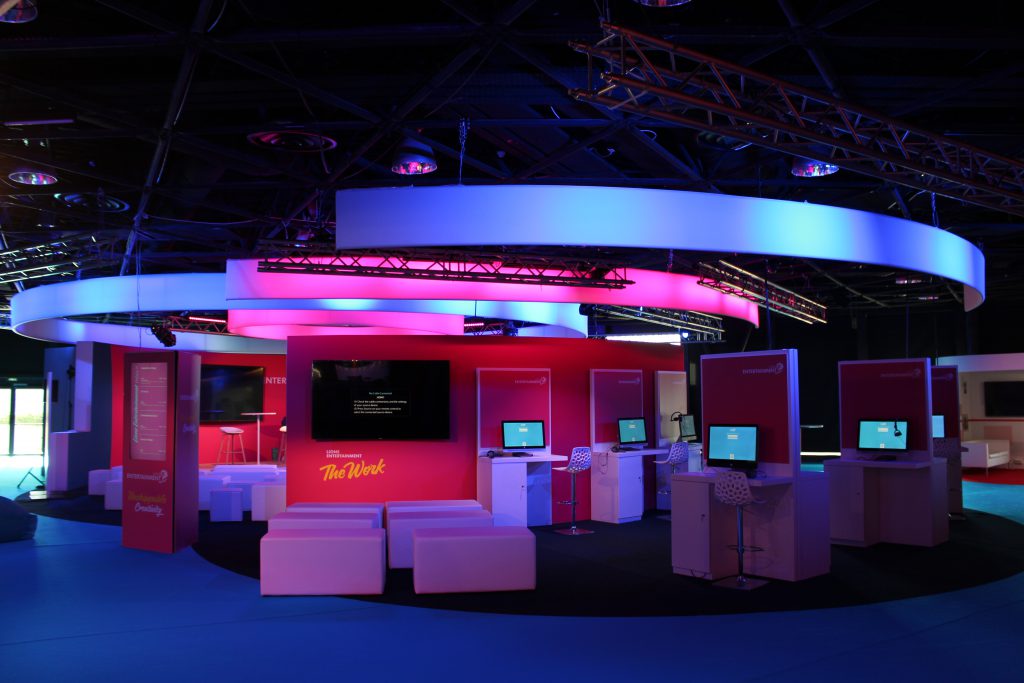 CANNES, FRANCE – More than 15,000 delegates from 94 countries descended upon the French Riviera recently for the Cannes Lions International Festival of Creativity, a much-revered celebration of innovation across the multiple industries that featured world-class forward-thinking speakers such as Daniel Ek, CEO and founder of Spotify, and acclaimed movie director Martin Campbell. Lending an appropriately uplifting visual backdrop to the proceeds was a vibrant lighting display from BigFish SRL Ltd. that featured a collection of cutting-edge fixtures from CHAUVET Professional.

Speaking of the three stages, Steve Hubbard, BigFish Managing Director, noted: “The Ovation fixtures allowed us to create a very visually friendly, supportive environment for the audience, thanks to their even flat field of light and incredible brightness.”

Also high on the agenda for the team at BigFish was the need to have a fixture with excellent color mixing capabilities. Thanks to the RGBA-Lime color mixing technology incorporated within the Ovation series, the team had a perfect tool to concentrate the festival’s stages with inspiring color.

“Coupled with the even spread of light, I have to give credit to the color mixing capabilities of the Ovation,” said Hubbard. “Although the hues are pretty intense, we concentrated a lot on softer pastel colors on the stages so as to support and not detract from the discussions and speeches.”

Hubbard also praised the Ovation fixtures for being camera friendly, an important attribute, since the presentations and panel discussions on the three stages were broadcast. “While the Ovation E-910FC fixtures performed great in their natural habitat in front of a live audience, they also provided us with the perfect lighting solution in front of the cameras,” he commented. “Their color correction is absolutely second to none – akin to that of the old tungsten fixtures. I’m pleased to say that none of those delicious soft pastel greens and violets were lost on camera, which is amazing considering that the Ovation is an LED fixture!”

As for the Nexus fixtures, they excelled as both house lights and eye candy. One of the ways in which Hubbard was able to add to the feeling of involvement in the auditorium was to utilize the saturated colors of the Nexus to accentuate moments within the presentations where funky content was played on the screen. “The Nexus really played a vital supporting role in the auditorium,” he commented. “The multi sensorial lighting effects were greatly appreciated by the attendees.”

The Nexus fixtures also had a vital aesthetic part to play within the exhibition area, providing subtle lighting for various situations. “We used the Nexus for front and side fill camera interviews in the exhibition area,” commented Hubbard. “Not only does the 4×4 arrangement of the Nexus look great on camera, they actually served a practical purpose too, delivering evenly spread light onto the subjects.”

In an event celebrating new ideas and innovation, it was vital for BigFish that their lighting contribution both support and enhance the creativity flowing on stage and within the exhibition. “What a privilege it was to be a part of this prestigious creative festival,” concluded Hubbard. “It’s great to know our lighting played a key supporting role to the creative heart of the festival.”