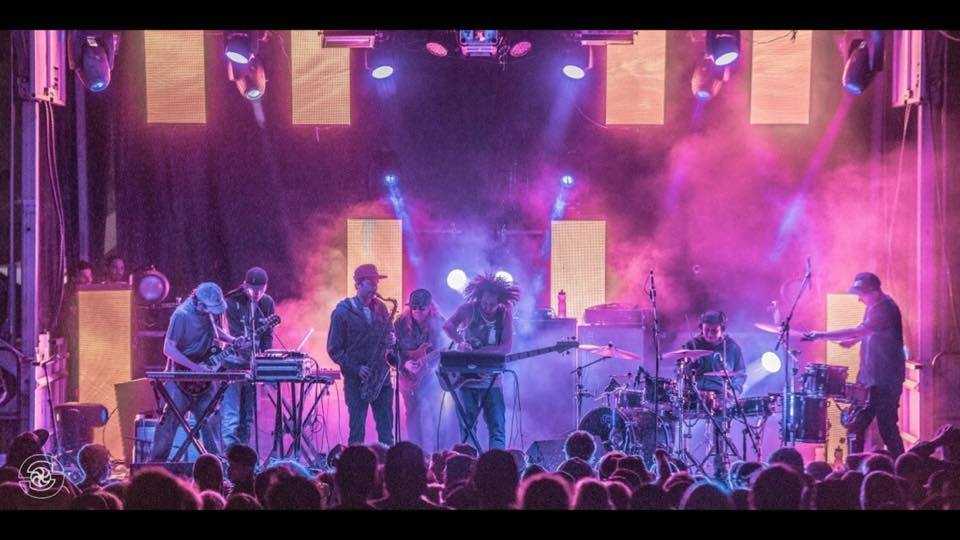 LOVELAND, CO –  Determined to remain true to their musical roots, the organizers of the ARISE Music Festival have steadfastly avoided lengthening its name to include the word “art.” Yet even though there was no shortage of great music at the 2017 version of this event, including national acts like Ani DiFranco, Tipper and Lettuce, ARISE was almost as much about seeing as listening. From a flaming owl that warmed people at night, to a gigantic willow sculpture, to painters off stage doing live art interpretations of the music, this early August festival served up a variety of surreal and beguiling looks.

Over at the festival’s popular Green Stage, Bryce Cherpelis contributed to the cornucopia of visual delights with a richly textured and vividly colored lightshow anchored by a collection of CHAUVET Professional fixtures and video panels. Uplighting his stage with fixtures positioned behind a fronting 4’ by 20’ wall of subwoofers and downlighting it with Rogue R1 Washes, he created a solid stage wash. He then added depth and more color to the panorama with eight video wall columns made of PVP X6IP panels. This lighting turned the stage into a glowing jewel box that stood out against the Colorado sky.

“I started designing for ARISE five years ago working a side stage for tweener acts,” said Cherpelis, the owner of 12BC Pro, LLC in Boulder. “Each year I moved up to a bigger project, until this year I was honored to design the Green Stage. There’s a very lush visual environment at this festival. At every turn, you see a lot of stunning art. My goal was to create something very colorful on stage so it blended in with its surroundings.”

Adding a touch of artistry to the Green Stage wasn’t Cherpelis’ only objective when creating his design. In keeping with the eclectic nature of ARISE, his stage hosted artists from a range of different genres, not all of them strictly musical. For example, there was Haana, a deep sound meditation artist and Fractal Tribe, an interpretive dance group. Lighting these acts along with the more straightforward bands, electronic artists and DJs required a versatile rig.

The demand for versatility combined with true color rendering made Rogue fixtures a logical choice for Cherpelis, who included eight R1 Washes, eight R2 Washes and eight RH1 Hybrids in his rig. “The Rogues gave me a lot of options,” he said. “Aside from relying on the R1 and R2 as washes, I used them as beams for some solid geometry looks. Plus, their diodable chases were fun with some acts. Throughout the festival, we used the RH1 Hybrid as profile light.  The zoom, two rotating prisms and gobo features in the RH1 let us change up looks, going from a sharp beam to a spot just like that – bam!”

For Cherpelis, it was a “no brainer” to put the R1 Wash across the downstage/front of the SL100 stage,” he said. “Those fixtures have a fantastic zoom and a quad diode with a true white.  They acted as our key lights. Plus being that they are moving heads with zoom, they helped make focusing during out 15 min. set change a breeze, whether we were going from band to band, or band to DJ.”

Changing colors also added to the versatility of Cherpelis’ lightshow. He relied on four CHAUVET DJ SlimPAR Pro H USB RGBAW+UV washes and four SlimPAR Pro Q USB RGBA units supplied by DW Drums to affect dramatic color changes. Positioned on the outer sections of the downstage and backstage truss, the SlimPAR Pro Hs were used to flood the stage, often in UV colors. The SlimPAR Pro Qs were flown on the middle of the downstage and upstage truss, and used to flood the outer area of the stage from its center.

The amber from the SlimPAR Pro Q also made an ideal set change light, notes Cherpelis, “good for the stagehands, but not too white or bland for the patrons to want to wander off to other stages.”

To create concert style looks for the bands that appeared on the Green Stage, Cherpelis relied on his Rogue RH1 Hybrids and R2 Washes along with his eight hanging video wall columns. Spread like a fence across the stage, the video walls were used primarily to display breakout patterns that reflected each of the act’s individual style. At other times, they washed the stage with added color. The Rogues were used for top lighting, sweeping the stage with crisscrossing patterns, and audience lighting.

Cherpelis hung four of his RH1 Hybrids and an equal number of R2 Washes from the stage roof and ground stacked an equal number of each fixture on trusses with the four STRIKE 1 multi-formatted fixtures in his rig.  “The lights that we had ground stacked worked with the super intense STRIKE 1s to pump up our DJ artists,” he said. “We also used some CHAUVET DJ COLORband Pix IP fixtures for our DJs. Aside from framing the downstage floor with them, we arranged them across the front. Plus, we hid another one up in the ceiling and had it pointed straight down to where the DJs stood.”

Controlling the entire rig was a ChamSys MagicQ MQ100. For most of the concert the console was run by Cherpelis or Matt Jonzey Jones of Synaesthesiax. “I can’t say enough about Matt Jones, who provided years of knowledge as well as the main ChamSys 100Pro with two extra wings and one execute wing. He held down a large chunk of the weekend shows,” said Cherpelis. “A lot of companies and people made this happen. PK SOUND, Midas Consoles, Backline Drums, and Wood Street Production all furnished the gear lighting and otherwise. I am still glowing over what we accomplished.” 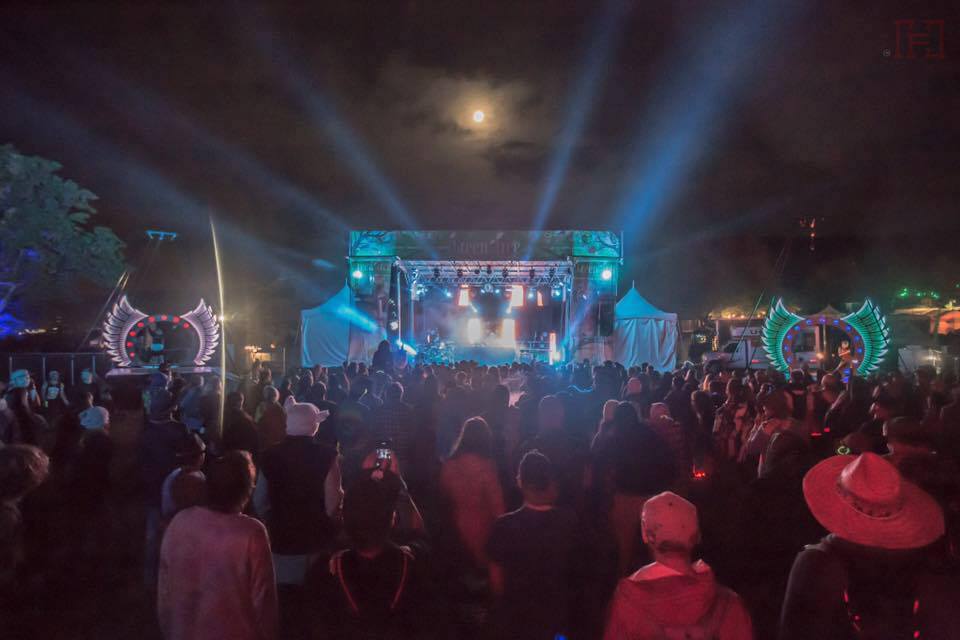