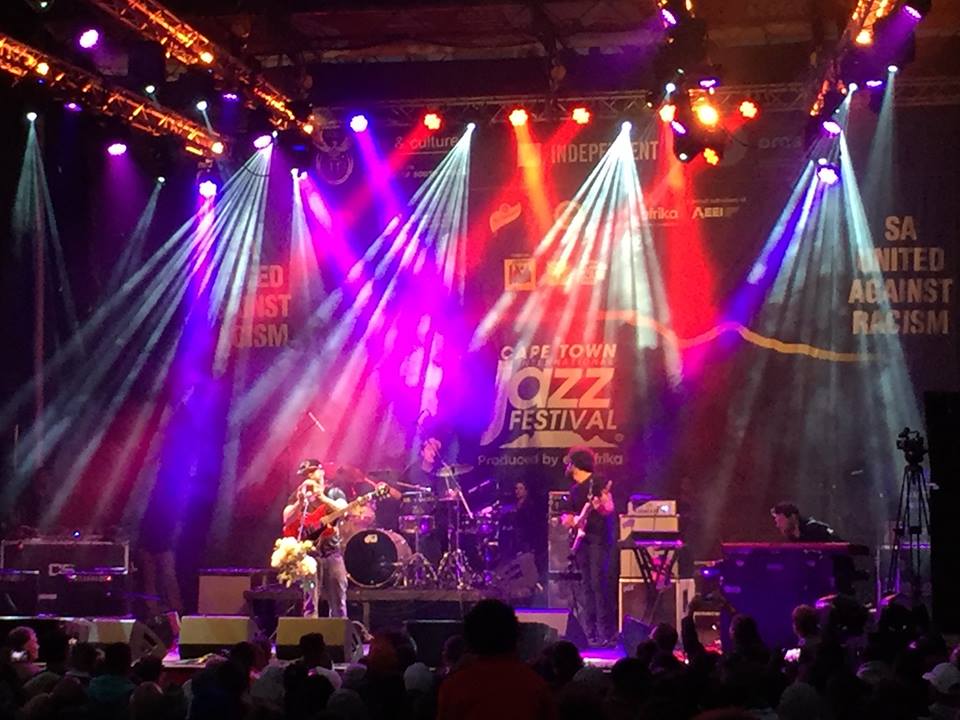 CAPE TOWN, SOUTH AFRICA – There are a few select jazz festivals that make it on to the resumes of virtually every legendary artist in this timeless musical genre. South Africa’s International Cape Town Jazz Festival is high on that list.  Tickets for the world’s fourth largest jazz festival invariably sell out in a heartbeat, as aficionados from around the world descend on this famous seaside city every year to hear the sweet sounds of artist like Herbie Hancock and Jack DeJohnette. 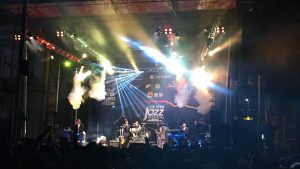 For local residents unable to attend the acclaimed festival, its organizers put on a Free Jazz Concert in Green Market Square. Featuring some of the artists from the festival as well as diverse mix of local talent, the free concert in the heart of old Cape Town also serves up eye-popping visual excitement, which in 2016 took the form of a Jean-Pierre Willson designed lightshow featuring a collection of Rogue R2 Washes from CHAUVET Professional.

“The festival promoters do this every year to give back to the city, and allow those that cannot buy — or missed out on the deadline for — tickets to attend,” said Willson, owner of Unfazed Productions. “It’s as a great way of recognizing the community. We’re proud to have been the lighting supplier for this event for the past three years.”

Turn out for the free concert is very large and the program is very eclectic, according to Willson.  “The concert features a wide range of artists,” he said. “It’s really more of a party feel and not just a jazz festival. This means that our rig has to be as versatile as possible, while staying within budget and the load bearing requirements of the Stageline SL320 mobile stage we use, courtesy of Coca Cola.” 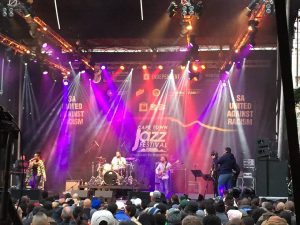 With budget and load bearing factors in mind, Wilson made the Rogue R2 Wash a pivotal part of his rig for this year’s concert. Weighing just 9.25 kg, the Rogue fixtures offered the compactness his rig demanded. Plus, with a 12°-49° zoom angle, five zones of LED control and six distinct dimming modes, the Rogues allowed him to create a diverse range of looks out of a single fixture.

Willson positioned two Rogues on each of the four above-stage horizontal truss structures. He used the RGBW LED fixtures to side and top wash the bands on stage, as well as to cover the audience during the DJ and dance songs.  At other points during the concert, the Rogues also served as back washers and aerial washes.

“The Rogue washes definitely worked well to increase the versatility of my rig,” said the LD. “Their zoom feature really stood out. In narrow mode, they match the other lighting in the rig to perfection.  Changing colors really allowed me to reflect the mood on the stage for the different artists.”

Willson extended the versatility of his fixtures further by angling his overhead truss. “I positioned the four horizontal truss structures at a slight angle to each other,” he said.  “This made it easier to light the stage effectively from different points with fewer fixtures. It also gave me the easy option of lighting the audience for the dance bits!” 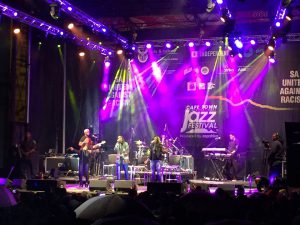 In addition to the Rogue R2 Washes, Willson’s rig included an impressive collection of high-output beams and spots, as well as LED blinders and 16 SlimPAR 56 par-style fixtures, which were used as truss warmers.  “We used the SlimPars to warm three to four meters of truss,” he said. “It was excellent for setting a mood on stage.”

For atmospherics to engage the audience, Willson positioned four Geyser RGB foggers from CHAUVET DJ on the stage roof.  Shooting plumes of LED colored fog over the stage and into the crowd, the Geysers created an exciting aura around the free concert.

“The Cape Town International Jazz Festival is a world class event, and the free concert at Green Market Square is definitely a part of it,” said Willson. “Our goal was to convey this special feeling on the free concert stage.”

Based on the reaction of the huge crowd, Willson and his client Aki Khan from Eastern Acoustics, and ESP Afrika (the event producers), fulfilled this mission very well indeed. 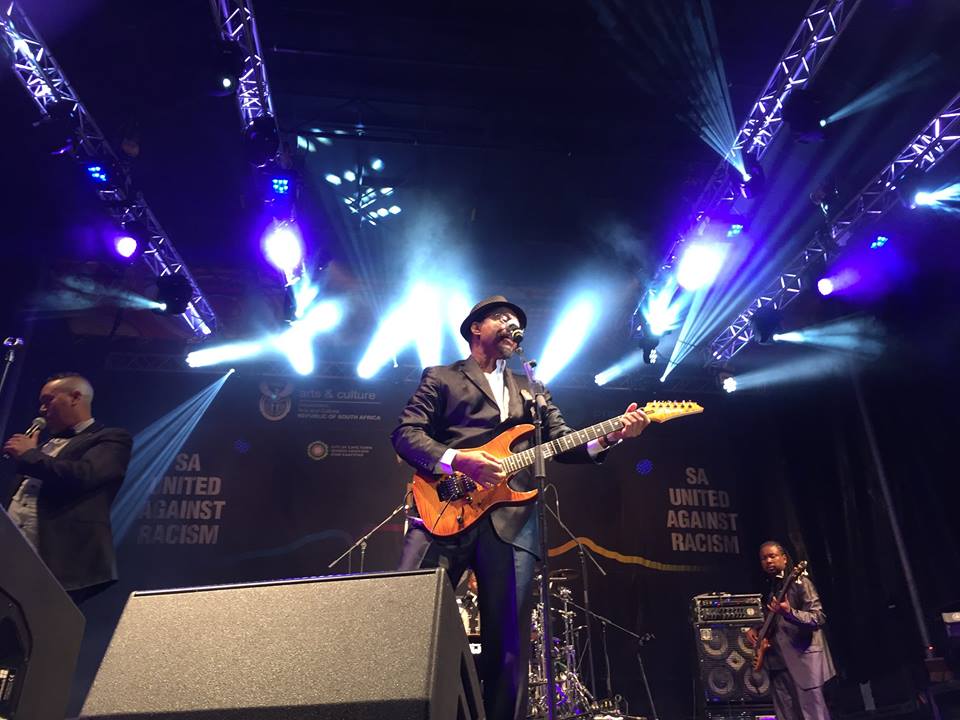