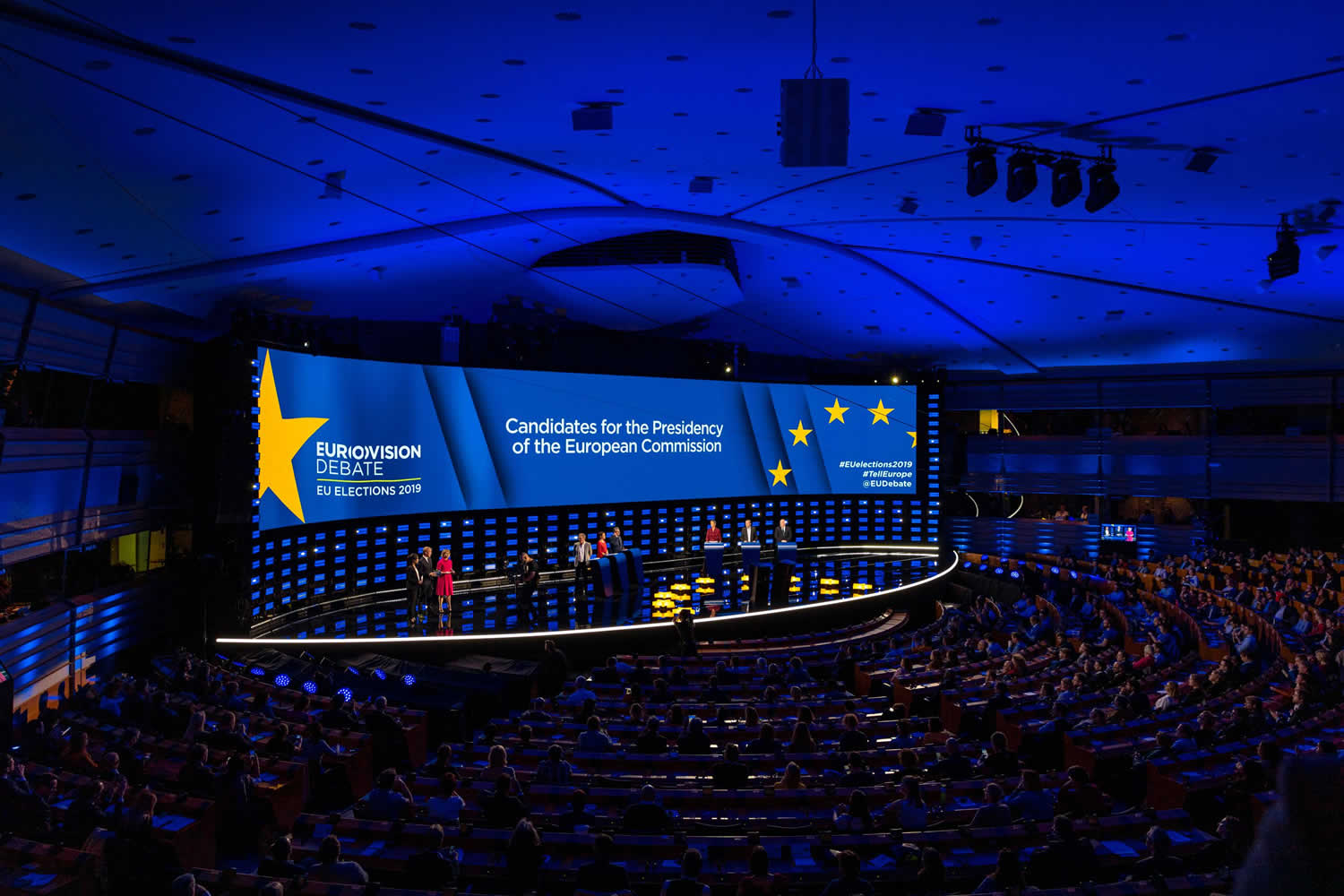 BRUSSELS, BELGIUM – Televised debates have been pivotal events in presidential politics since the 1960s. Images conveyed before the unblinking and unforgiving eye of the TV camera can make or break a candidate’s chances. Casting each would-be chief executive in the same consistent supportive light is critical to the democratic process itself.

Michiel Milbou of Never Fear Shadows more than lived up to this awesome responsibility after being retained by ID2Q to create the Lighting Design for the recent televised debates ahead of the 2019 European elections. Helping him accomplish this was a collection of 28 CHAUVET Professional Maverick MK3 Profile CX fixtures supplied by Ampli.

With Europe’s diverse multi-party system and reliance on coalition-forming governments traditionally providing a strong foundation for an intense and exciting TV debate, Milbou and Dimi Theuwissen of ID2Q were tasked with providing a lighting concept that cast all candidates equally in the best possible light. While delivering a number of lighting scenarios for the debates, including key lighting for all of the electoral candidates and a number of lighting effects at the sides of the stage, they also managed to create a visual panorama that was engaging, interesting and respectful of the moment. 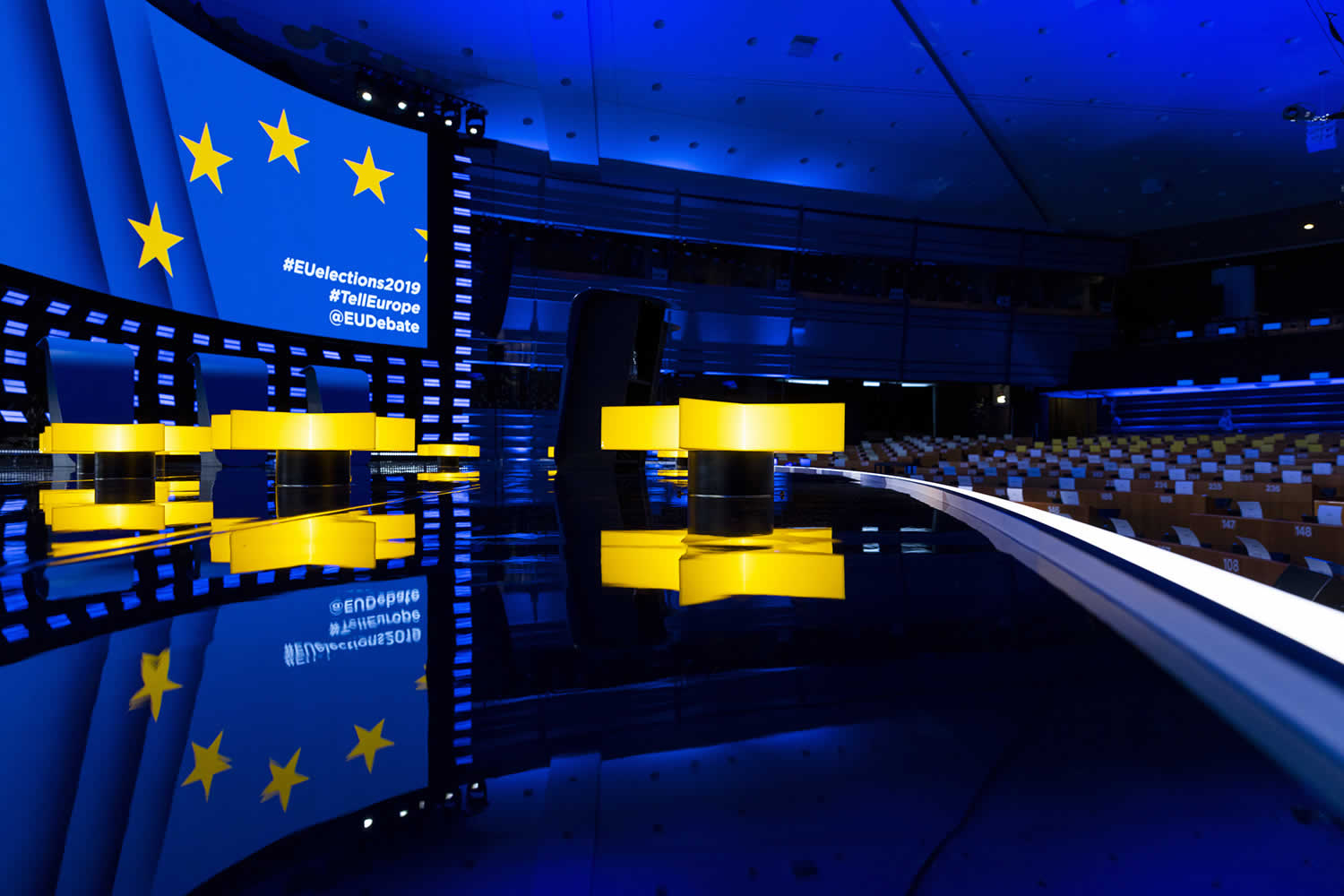 Due to a number of restrictions posed by the venue itself, Milbou was limited with regards to the proximity with which he could position fixtures to the stage. Thanks to the Maverick’s 6° to 54° zoom angle and flat, even field of projection, he was nevertheless able to ensure balanced and clear key illumination of all of the electoral candidates and moderators despite the challenging trussing conditions.

Providing visual contrast to the neutral stage illumination, Milbou was able to draw from the fixture’s toolbox of effects. For example, in addition to highlighting the periphery of the stage with a number of saturated hues and gentle wash effects, he was able to utilize a combination of gobo and prism effects to graze the ceiling of the venue in a subtle lattice of colored illumination.

With 50 cameras in the studio to record and broadcast the debates, Milbou also had to fulfil a number of requirements for the television producers regarding image reproduction for the screen. Like a well-run campaign for elected office, the lighting of the EU debates was the result of a dedicated team effort on the part of many talented individuals and organizations including Trimex, for the technical production, DB Video (the general contractor), and EBP (European Broadcasting Partners). 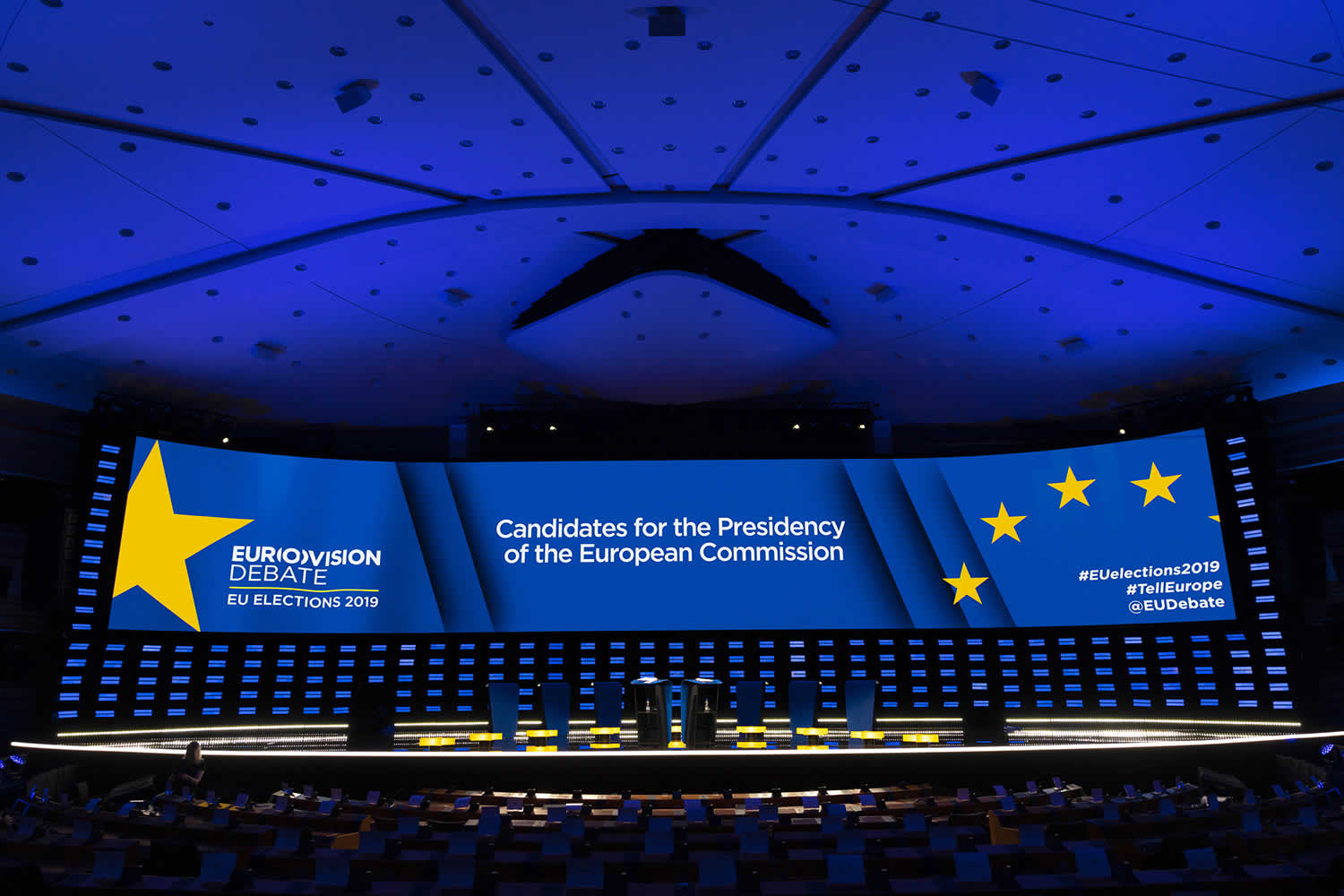 The Maverick MK3 Profile CX helped in all aspects of this multi-faceted effort In addition to the 820W fixtures’ intense brightness (which ensured clarity of picture and contrast), their excellent color rendering abilities (up to 92 CRI) enabled the candidates to be faithfully reproduced on screen. As a result, any doubts as to the performance of the LED fixtures among the production crew were quickly dispelled.

“After using the MK2 Spot fixtures, I was confident that the MK3 would provide all the benefits and performance of LED without any of the drawbacks of traditional incandescent,” concluded Milbou. “As they served as a direct replacement to the old fixtures in the venue, the Mavericks had a tough crowd to please, but they performed flawlessly and reliably throughout the entire event.”

While the incredible amount of heat emanating from traditional incandescent fixtures would normally have candidates of TV debates sweating in front of the cameras, Milbou’s decision to incorporate the Mavericks into his production rig ensured that the most heated aspect of the entire production was left to the debates themselves.