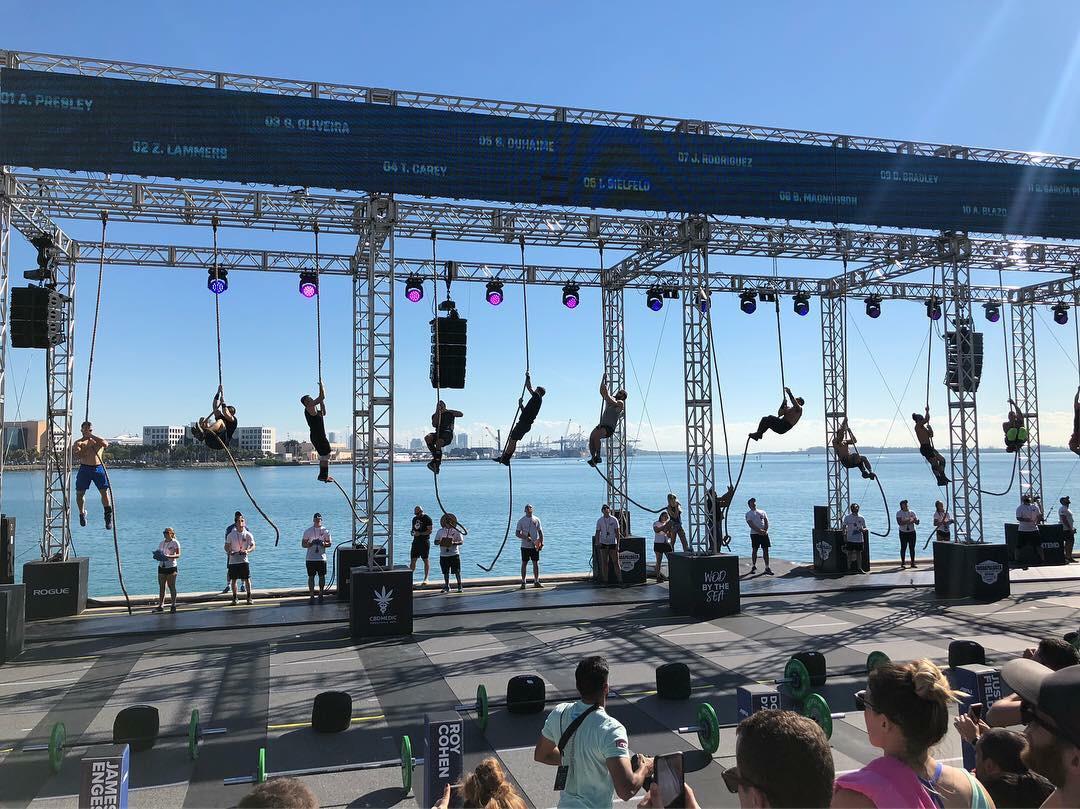 MIAMI – Tia-Clair Toomey journeyed over 9.500 miles from Queensland, Australia to south Florida earlier this year, not for fun in the sun, but to make history in her sport. The 26-year-old CrossFit athlete became the first person to win three consecutive sectional titles at the Wodapalooza Festival, earning her a share of the event’s $200,000 purse. Such is the geographical reach, size, and scope of this annual 3-day fitness competition held at Miami’s Bayfront Park.

Attracting some 2,000 competitive athletes from 30 countries, a large, rabid fan base and a growing amount of media coverage, Wodapalooza serves up nonstop excitement from the opening gun until the winners like Ms. Toomey are crowned. Adding to the atmosphere and providing captivating visuals for the ever-increasing number of cameras videoing the January event were 16 CHAUVET Professional Maverick Storm 1 Wash fixtures, supplied by LPS Production.

Lighting designers Jose Laria and Thamara Quintero relied on the powerful IP65-rated RGBA moving heads to illuminate the stage where the competition was held, flying 10 of the units spaced evenly across the upstage truss and hanging three on each side. This configuration gave them the flexibility to cover the entire stage or create specials focused on individual competitors. In either case, the smooth, even light from the Maverick Storm 1 Wash contributed to an inviting image for the live audience as well as video cameras, while the fixture’s 16-bit dimming resulted in smooth fades. 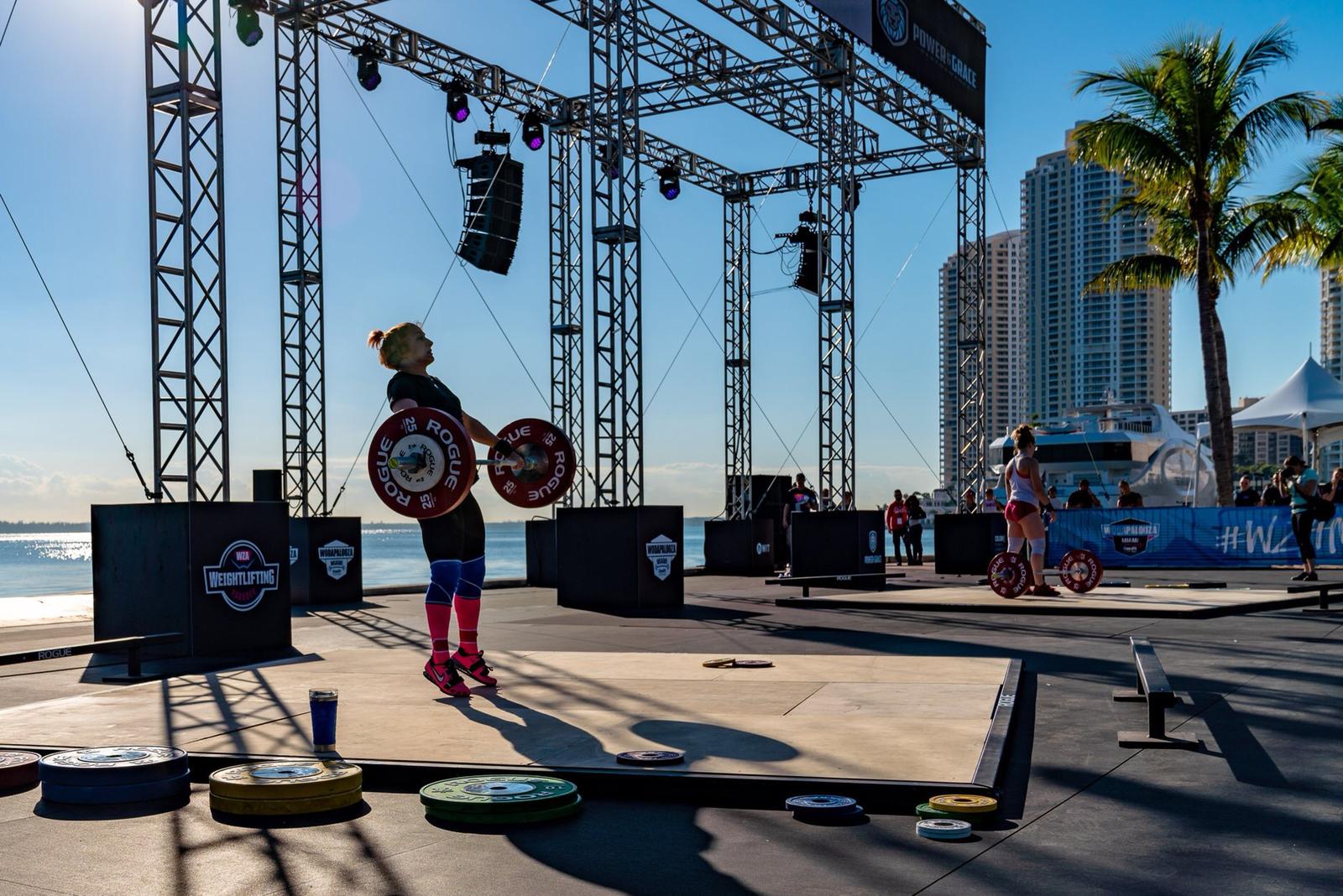 Biscayne Bay served as the backdrop for the Wodapalooza stage. Although this provided beautiful visuals, it also created challenges during daylight hours. The Maverick Storm 1 Wash was able to show up clearly even against ambient light thanks to its brightness and deep colors.

When the sun went down, the Maverick Storm 1 Wash kicked into high gear. Drawing on the fixtures’ fast pan and tilt movements, the LPS designers created stunning crossing patterns to engage the crowd between competitive events.

The bright background of Biscayne Bay wasn’t the only challenge involved in lighting Wodapalooza. Being located on the bay, the festival’s stage rig was exposed to varied and unpredictable weather conditions as well as constant moisture.

“A big factor in our selection of the Maverick Storm 1 Wash was its IP65 rating,” said Quintero. “Location was definitely a challenge here. We had to be creative in selecting the appropriate lights. The equipment needed to withstand outdoor weather conditions for a minimum of seven days next to the water.”

The ability to withstand unfavorable weather conditions was only one of the reasons why LPS chose the Maverick Storm 1 Wash for this project. Describing the fixture as “the complete deal,” Laria and Quintero were impressed with how it allowed them to create extraordinary effects, while meeting the event’s very specific outdoor safety requirements. They also praised its reliability during the length of the festival. Like the athletes it lit, the fixtures hanging over the stage truss at Wodapalooza made an extraordinarily powerful impression.