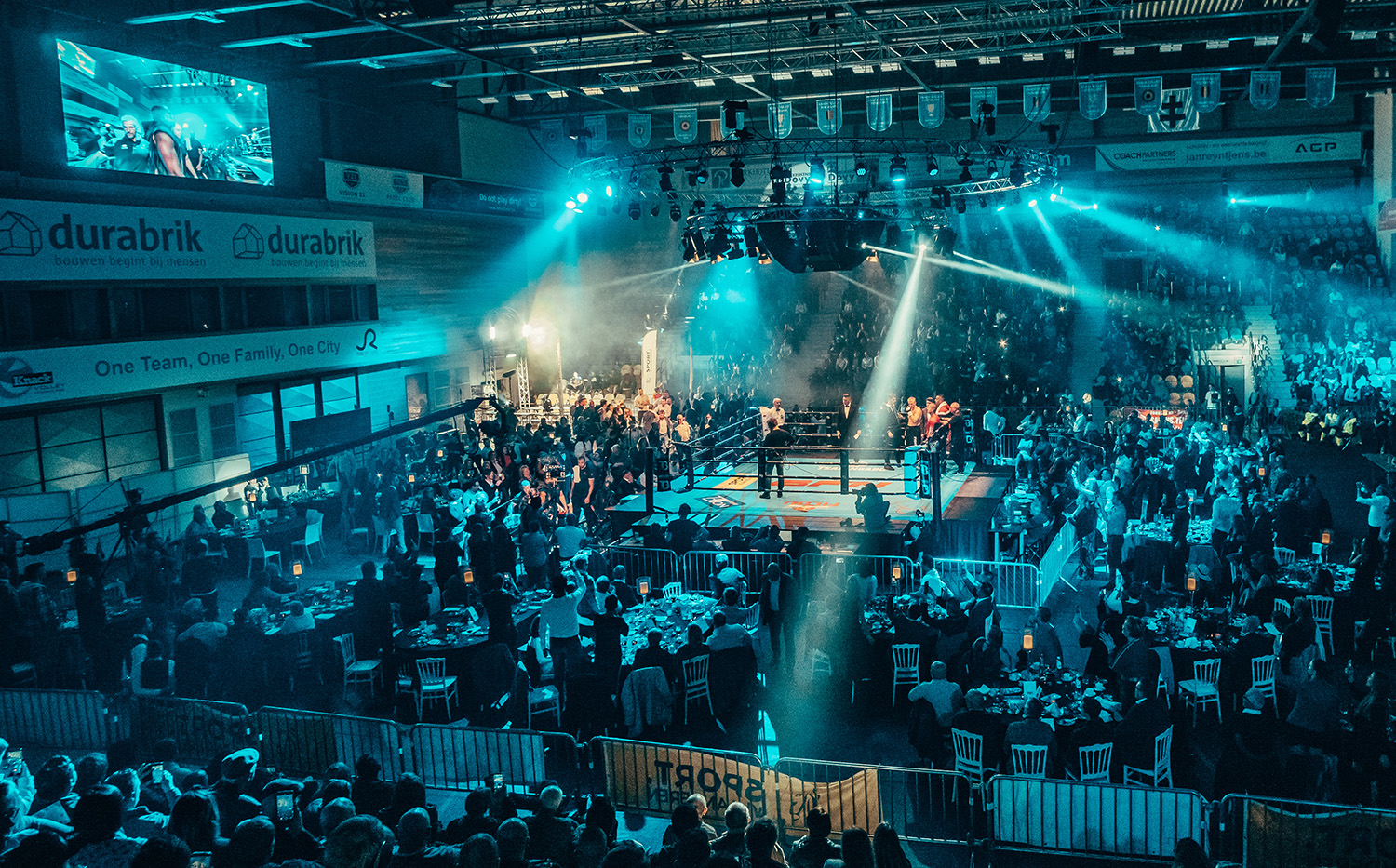 ROESELARE, Belgium – European cruiserweight boxing champion Yves Ngabu is nothing short of a sporting tour de force. Of his first 19 professional fights, the native Belgian won all of them – with 13 victories delivered with spectacular knockout punches.

After event organizers expressed the wish to up the visual ante for the Belgian’s homecoming fight, Dieter Ducoulombier from Solico devised a lighting concept that heightened and supported the electrifying fight night atmosphere.

“In addition to creating a night to remember for both Ngabu and the audience, organizers wanted to make a lasting impact upon the potential next generation of Belgian boxing hopefuls,” said Ducoulombier. “Our resulting concept sought to draw visual emphasis to the ring by positioning the CHAUVET fixtures from a centrally located circular ‘UFO’ trussing to create a mysterious glow in the arena.”

Attached to this circular trussing element suspended 6 meters above the ring were the Rogue RH1 fixtures. Thanks to their 330W Osram power source, the RH1 Hybrid fixtures were able to provide cutting beams of energy projected both into the ring and throughout the audience.

“The output of the RH1s was perfect for creating punch and ferocity to reflect the heat and intensity of the title fight,” said Ducoulombier. “What’s more, thanks to the fixture’s clean and sharp beams, we were able to create visual emphasis on the ring during the buildup to the fight to whip up anticipation within the stadium.”

The saturated tones of the R2 Washes, on the other hand, provided Ducoulombier and his team with the perfect sparring partner to the RH1’s precise beams. With 19 (15W) pixel mappable RGBW quad-LEDs, the Rogues succeeded in bringing a more atmospheric element within the stadium, thus adding to the theatricality of the spectacle.

Perhaps just as impressive as Ngabu’s victory was the stage upon which the fight took place, perfectly orchestrated by Ducoulombier and his team’s selection of CHAUVET Professional fixtures. “The Chauvet fixtures enabled us to bring an element of classic boxing excitement back into the ring,” he concluded. “As a result, we were able to vastly improve upon the typical boxing match format in Belgium!”