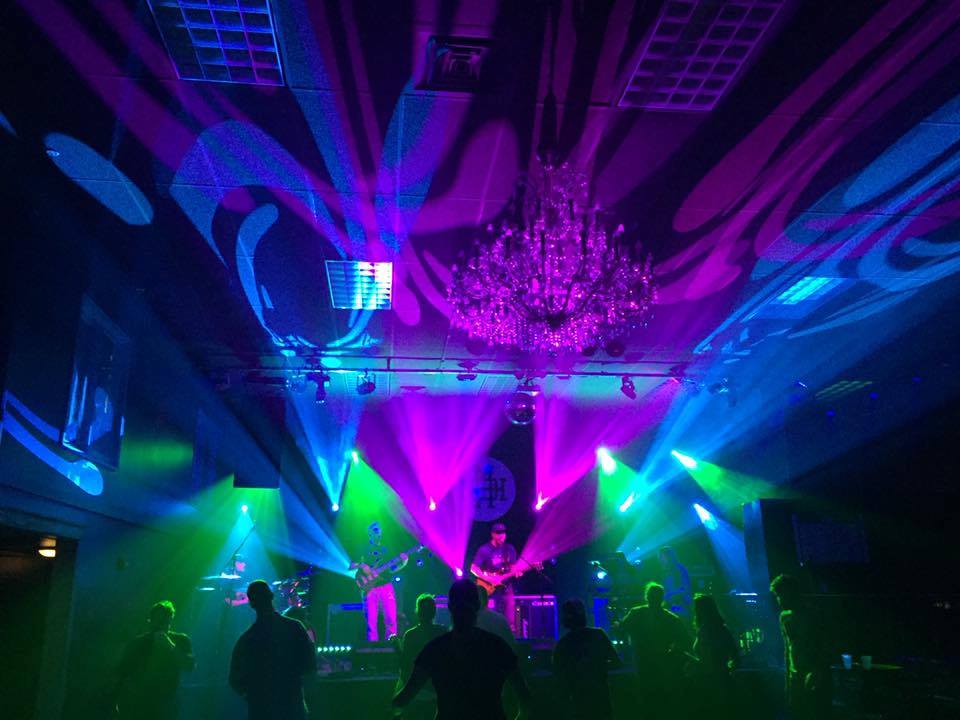 PORTLAND, ME – It’s been said that the most powerful creations are often collaborations. A pair of lighting designers emphatically illustrated that point recently at Portland’s iconic House of Music, when they got together to build a shared rig for their two bands with a CHAUVET Professional anchored floor package.

Matthew Calabrese is the LD for up-and-coming jam band Strange Machines. Touring in support of their “Voice of Color” LP this summer, the band announced that it would be appearing at the popular downtown Portland music hall. Opening for them was Revibe, a funk fusion band. When Kyle Rose, the Revibe LD, saw that his client would be opening for Strange Machines, he immediately reached out to Calabrese.

“I had worked with Matt several times in the past when Strange Machines and another one of his clients, Kung Fu, played at Higher Ground in Burlington (Vermont), where I am the house LD,” said Rose. “I always liked his approach to lighting – the way he supported his clients without distracting from the music. So, I thought it would be cool to work with him at Portland.”

Calabrese agreed, and the two designers created a floor package using Rogue R1 Spot moving fixtures from the house rig at Rose’s Higher Ground club and COLORdash Batten-Quad 12 linear washes from Calabrese’s own stock. “We exchanged a lot of ideas about what we wanted the lighting to do in this particular setting, and we created the rig accordingly,” said Rose. “Since the music of both bands is very free flowing, we wanted fixtures that could create some big movements and changes, not just with color, but with gobo patterns.”

The emphasis on gobos led Rose to include eight Rogue R1 Spot fixtures in the shared rig. I really like the looks that I always have been able to get from the two gobo wheels in the Rogue. Plus. it gives me nice beam shaping, and its prism is excellent for aerial effects. So, the Rogue was the key to our floor package.”

To take full advantage of the gobo and aerial capabilities of the Rogue R1 Spot, Rose positioned the units along the upstage deck on road cases and risers. He and Calabrese used the 140W LED fixture to cast deeply evocative and colorful gobo patterns across the club’s relatively low ceiling.

“Moving these powerful looking gobos across the ceiling in saturated colors kind of wrapped everything in light and really immersed the audience,” said Rose. “We balanced this out by bathing the stage backdrop in rich colors from the COLORdash Battens and hitting the stage with shafts of intensely colored light from the CHAUVET DJ Intimidators in the house rig.”

Although each designer brought his own unique perspective to lighting his client’s performance, Calabrese and Rose were guided by similar visions when using their shared rig. “We wanted to match the music by grabbing the audience with some very immersive looks that swept them up in the moment,” said Rose. “Our rig lent itself to that look. Matt and I had a lot of fun using this arrangement. It fit the bands and the venue like a glove.”