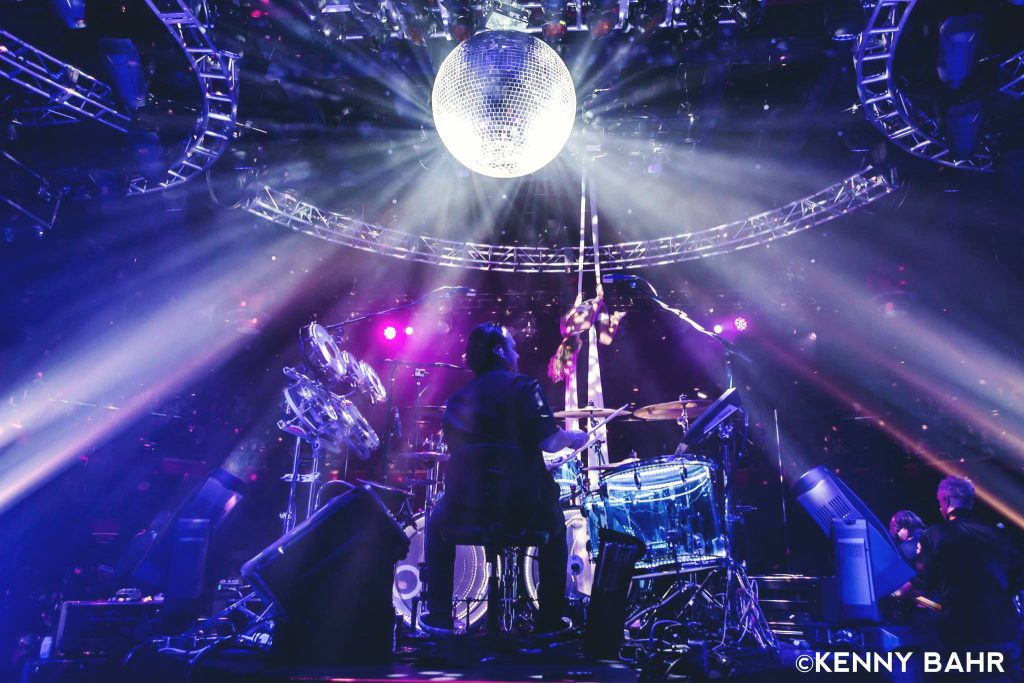 ST. LOUIS, MO – Fans who pack the Pageant Theatre to capacity for six or seven El Monstero shows every holiday season never quite know what to expect. Certainly, they’re re going to hear spot-on renditions of The Wall, Dark Side of the Moon and other Pink Floyd classics, but beyond its iconic music, this Christmas tradition in America’s heartland is full of delightful visual surprises.

Drawing on a cast of up to 75 characters, the annual tribute show in St. Louis has been coming up with novel and enthralling dramatizations and set designs every year since it was started by members of different local bands in 1999. True to form, the 2017 rendition of El Monstero sparkled with a lively and fresh-looking stage presentation, thanks in no small part to a convention-defying lightshow designed by Chip Self that featured a collection of CHAUVET Professional fixtures, including the new Maverick Pyxis.

“This is my third year of designing for El Monstero, and with each show I take pride in doing something new and different that exceeds the aesthetics of what we did previously,” said Self, the owner of Logic Systems Sound and Lighting. “I’m grateful to Kevin Gagnepain and the El Monstero team for having faith in my judgment and giving me enough design control to be able to try new ideas and equipment. To an extent, this show is R&D for us. I’m constantly trying to push the envelope and do something new.”

Among the things that helped Self push the envelope this year was the addition of the Maverick MK Pyxis. Introduced earlier this year, the new moving head has a center 60W RGBW pixel surrounded by a ring of nine 15W RGBW LEDs. Self took advantage of this distinctive configuration to create some unique looks for his El Monstero lightshow.

“The Pyxis is like a spice that adds a special flavor,” said Self. “It brings an element of surprise to the design, allowing me to create something the audience isn’t expecting. That can be very powerful when done well.”

Including eight Pyxis fixtures in his rig, Self positioned them in groups on the keyboard risers, just upstage of the drum riser. “I chose that spot because it gave the Pyxis a bit of space, and left them visible enough for the full rotation effects to be appreciated by the audience,” he said. “I didn’t want the Pyxis simply to blend into the rig, because the ethereal looks it can create fit the music of Pink Floyd so well. Really, having the ring on the Pyxis provided me with a tool I hadn’t had at my disposal in the past.”

In addition to the Pyxis units, there were 24 Maverick MK1 Spot fixtures in El Monstero rig. Self brought in 18 of the spots in his system and hung them on vertical ladders between the center seven vertically-oriented video wall panels. The remaining six units are a part of the Pageant house rig and were flown over the stage.

“Maverick MK1 Spot served as a core fixture,” said Self. “I used them as foundation for almost all of the looks throughout the show. I liked them in place of beam fixtures because they’re able to give me the traditional beam effects, but then they can also zoom out and do many other things. As far as their output goes, the house MK1 Spots overhead punched right through our truss rig without issue. I wasn’t sure they’d work through everything, but they more than held their own.”

For wash lighting, Self relied on the 26 Rogue R2 Wash fixtures in his rig, positioning 12 of them on the vertical ladders between the video walls, and hanging the remainder on the horseshoe truss in the center of the stage. “I had the Rogues on overhang pipes to get them up as high as possible,” he said. “This also served to clean up the bottom of the truss so it was more visible.”

Adding a special touch to this year’s show was a scene that had band members gathered around a campfire singing a few acoustic songs. To evoke a mellow backyard look during this performance, Self dimmed the stage lights and had a starry night video on the LED wall, while the light from six strings of CHAUVET DJ Festoon hanging fixtures twinkled over the audience.

“This happened about halfway through the show,” said Self. “It was the only time I used the Festoons, but it’s kind of indicative of what we do to create unique looks at El Monstero. Thankfully, our lighting department manager, Ryan Lilly, is a master of taking my crazy ideas and turning them into reality, so every show becomes a little more unique and special.” 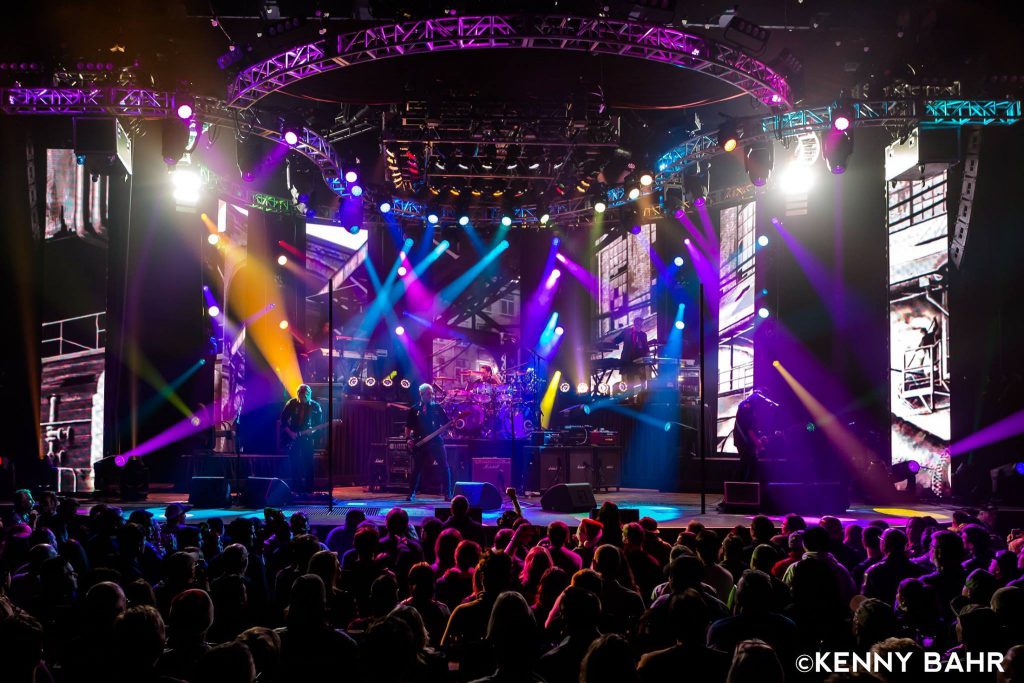