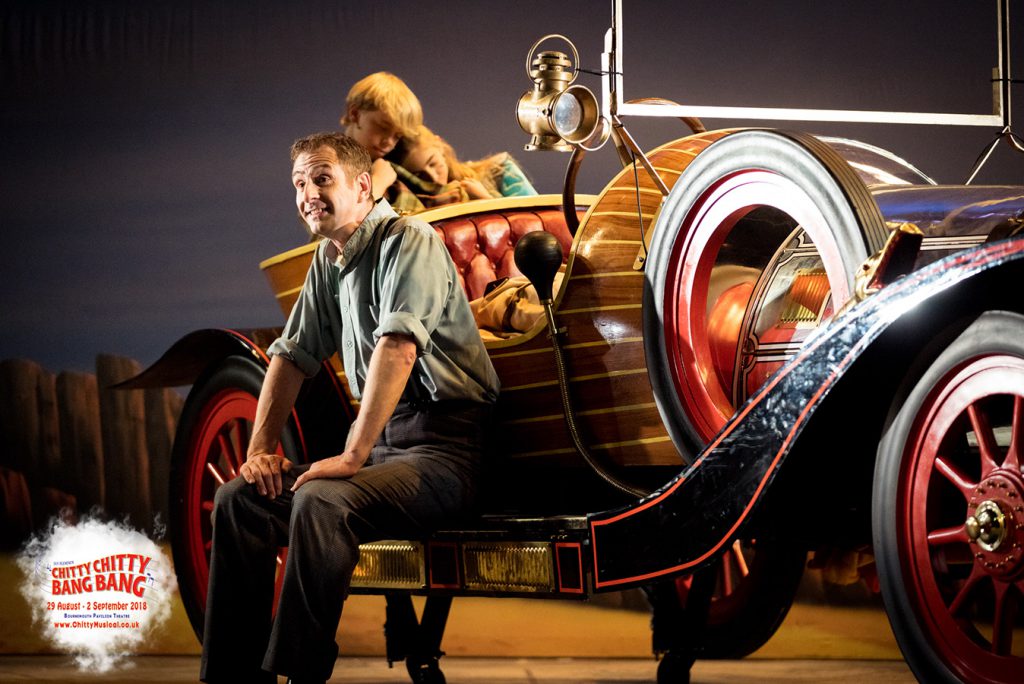 BOURNEMOUTH, UK – Based on the Ian Fleming novel of the same name, the 1968 musical film Chitty Chitty Bang Bang was an instant cinema hit worldwide. As much as Roald Dahl’s ingenious screenplay and Dick Van Dyke’s brilliant on-screen performance may have added to the film’s credibility, it’s ultimately the film’s central protagonist – the infamous flying red and gold car – that has succeeded in ensuring the story’s continuing longevity both on screen and on stage during the last half of the century.

Tasked with providing supporting visuals for a recent theatrical run of Chitty Chitty Bang Bang at the Bournemouth Pavilion theatre was LD Ryan Joseph Stafford, who specified a number of CHAUVET Professional Ovation E-910FC and Maverick MK2 Spot fixtures in support of his lighting concept, which sought to translate the magic of the film to the stage.

“A lot of the audience coming to see the show are people that know and love the classic Chitty Chitty Bang Bang film, so it was important for us to recreate the feel of the original film,” commented Stafford. “To keep pace with the complex location and set changes during the show, the Ovation and Maverick combination gave us the flexibility and versatility to adjust to all manner of scenes.”

Thanks to the 910FC’s full RGBA-Lime color mixing and color temperature presets of 2800 K to 6500 K, Stafford was able to provide a number of effects on stage, including low face light from the proscenium and high-level stage illumination from onstage booms.

“The colors and output were perfect on faces with warm tones to recreate that tungsten look during the family scenes, shifting to colder white during the sinister moments in the show with the ‘Child Catcher’ character,” commented Stafford. “They also provided us with the flexibility to output bright blues and pinks that flooded the stage from the side during the dance breaks in songs.”

Whereas the Ovation fixtures ensured a number of subtle atmospheric changes could be ushered into the developments on stage, the CMY + CTO color mixing, two 6-position rotating slot and lock gobo wheels and 13º – 37º zoom range of the 440W Maverick MK2 Spot fixtures gave Stafford the possibility to create numerous effects to accentuate key scenes within the show.

“The MK2s became an essential part of the stage design, providing splashes of gobo and deep color wash to bring the musical numbers to life,” continued Stafford. “Their incredible zoom meant that they could cover the full width of the proscenium from Front of House, which played a big role in creating the illusion of Chitty driving over a cliff and flying live onstage.”

Thanks to the Maverick’s 440W power source, producing incredibly intense moments within the show was guaranteed.

“For the big musical numbers, we could be a bit more adventurous with the Mavericks,” concluded Stafford. “Increasing the output gave us some really saturated colors to provide additional atmosphere to singalongs such as ‘Toot Sweets’ and ‘Bombie Samba.’ It was a true case of visuals and music coming together to create a rewarding theatrical experience.” 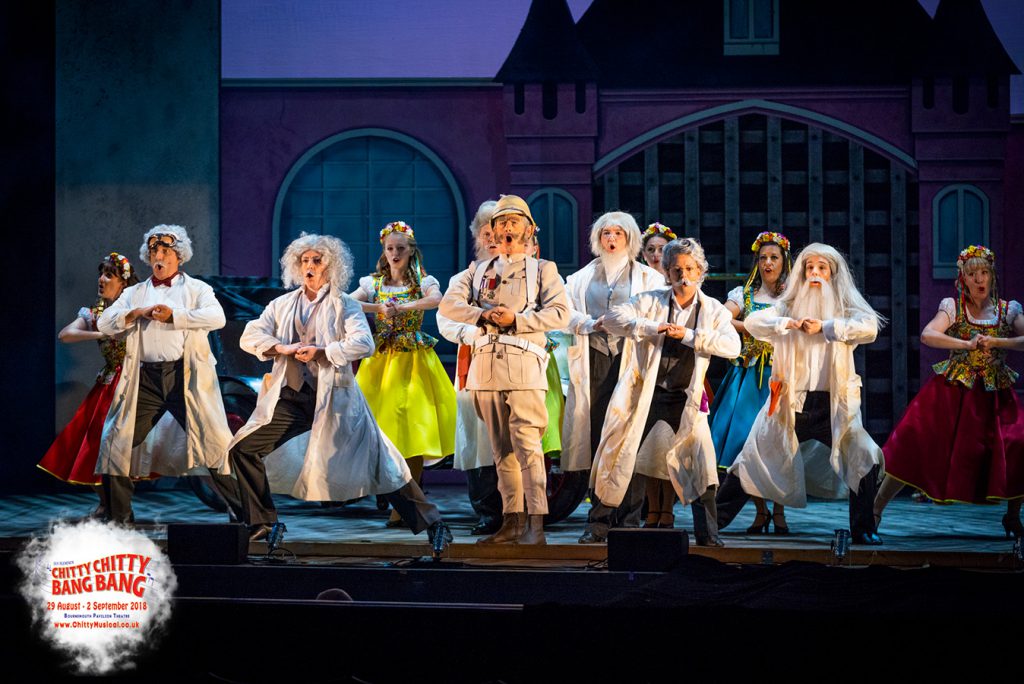