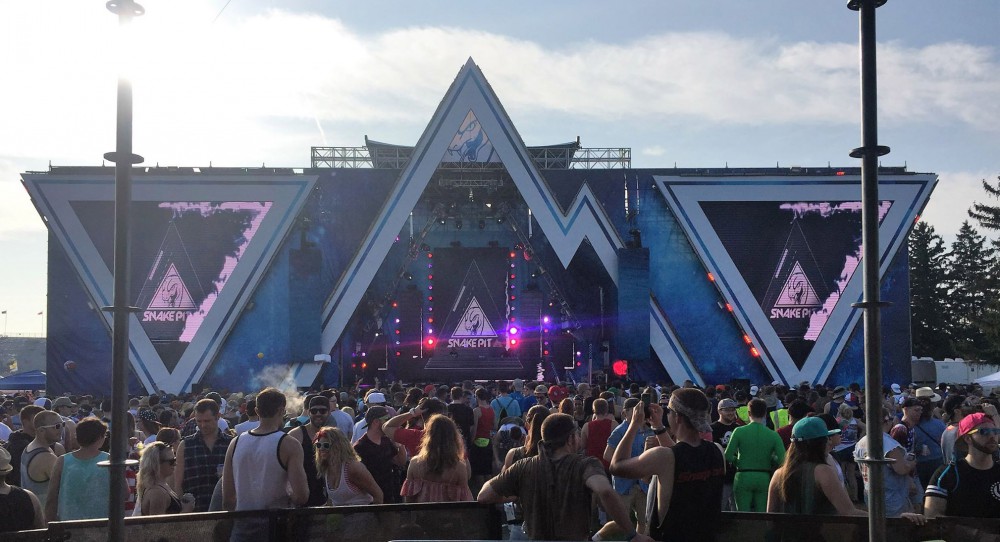 INDIANAPOLIS – The “Greatest Spectacle in Racing” celebrated its 100th anniversary in dramatic fashion as rookie driver Alexander Rossi coasted to a victory after his car ran out of gas near the end of the race. Rossi may have been running on empty when he crossed the finish line, but there was plenty of fuel left in the tanks of the high octane lightshows that Collyns Stenzel created for the three concerts that took place in conjunction with the race.

Using a collection of COLORado fixtures from CHAUVET Professional, Stenzel drenched the stage in rich bold colors on Friday for the Carb Day concert by Journey. On Saturday he reconfigured his truss, but used the same fixtures to colorize the Legend Day concert stage for Blake Shelton. On Sunday he moved to a different spot on the Indianapolis 500 grounds to light the Snake Pit EDM fest featuring Shrillex, Zeds Dead, Martin Garrix and DJ Mustard.

“It was an intense weekend of music and lighting,” said Stenzel of White Light AV, who served as the stage designer and LD for all three concerts. “We had big crowds and a lot of excitement. The lightshow had to match the intensity level of the crowd. Being outdoors with daylight during portions of the shows, we wanted to rely on bold colors to stand out, not just for the live audience, but for the video cameras too.” 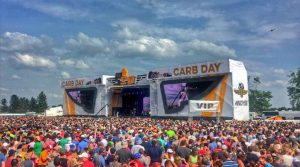 This intensity level was hard to miss at the sold-out Snake Pit, where 30,000 fans crowded in to hear the EDM superstars. Stenzel used a total of 109 RGBAW LED linear washes on the Snake Pit stage: 91 COLORado Batten 144 Tour fixtures and 18 COLORado Batten 72 Tour units. “We used all of the COLORado fixtures to border the scenic elements of the Snake Pit stage, said the LD. “They were the highlight of the show. Their brightness is amazing. I always spec them on daytime concerts like this because I know they are going to show up well.”

The framing achieved with the Battens served as a good foundation for the blinders and aerial effects used with the different acts on the Snake Pit stage. “With our border being so bold, it was easy to focus eyes on the stage,” said Stenzel. “Plus the rich colors made everything pop that much more.”

Aside from providing deeply saturated colors for the EDM stage, the COLORado fixtures’ selectable dimming curves provided smooth fades at the bottom end for transitioning between sets. Stenzel was also impressed with the long throws that resulted from the dual 15° and 30° optics of the COLORado Batten 144 Tour.

“The lighting-related things went pretty smoothly on the Snake Pit stage,” he said. “With three shows, we had some time pressure, but the adjustable clamp positions on the 144s made them a breeze to mount to anything. Truss lacing is no longer an issue.”

For colorizing the Carb Day and Legends Day stage, Stenzel relied on 30 COLORado 1-Tri IP par style fixtures flown on downstage straight line truss. In addition to rendering vivid colors, the rugged IP66 RGB washes provided the LD with a form of insurance against the elements.

“We relied on the COLORado 1s as a weather-proof downstage lighting solution in the event the weather didn’t cooperate fully,” said Stenzel. “You never know what you’re going to get at an outdoor event in the Midwest this time of year. We came into this very well prepared though. A lot of the credit goes to my production manager Chris Schroeder and White Light AV president Nathan Klein. Our show went off without a hitch. We wanted to leave the excitement on the stage and race – no emergencies as far as the lighting was concerned.” 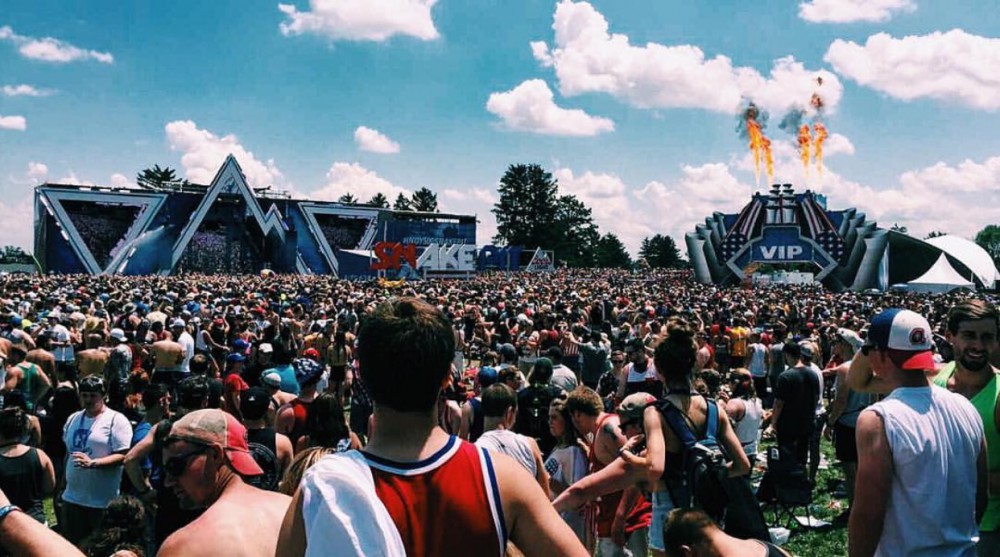