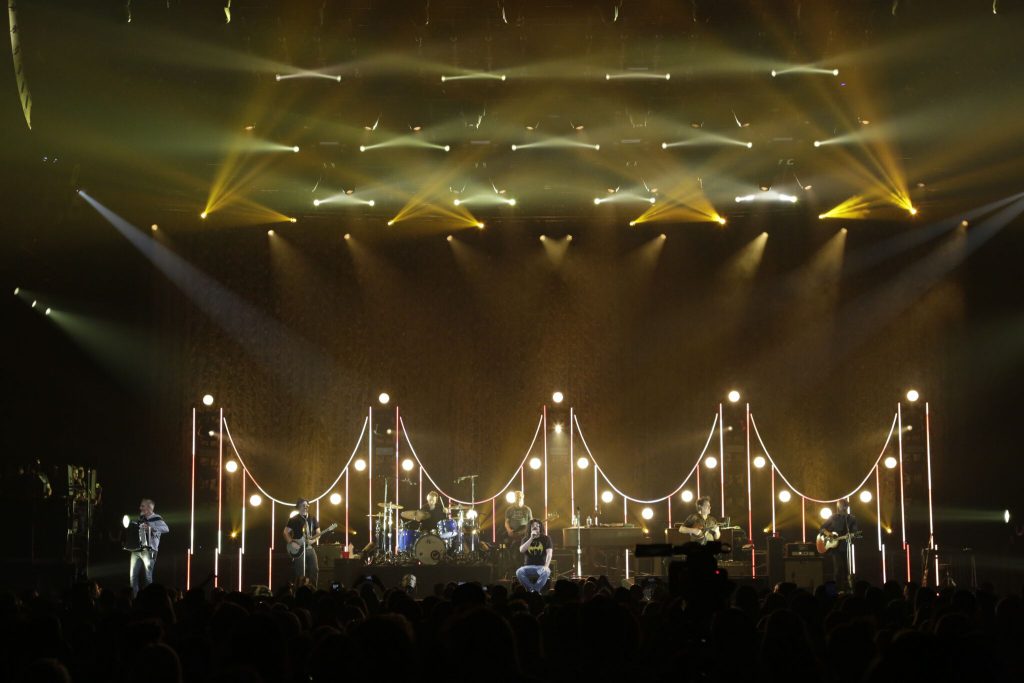 A sense of expectation runs like an open road through the flowing music of Counting Crows. The multi-platinum band’s songs don’t play out, as much as they unfold, taking listeners on a journey that holds out the promise of something new happening just around the bend. Mike Zielinski, the band’s longtime lighting designer, captured this wayfarer quality on their recent “A Brief History Of Everything” tour, co-headlined with Matchbox 20, by creating a suspension bridge-style backdrop that spanned the width of the stage. Anchoring the evocative structure were 25 CHAUVET Professional STRIKE 1 fixtures supplied by Upstaging, Inc.

“It’s going on 18 years now that I’ve been designing for Counting Crows, and this was an entirely new concept, but it’s something I’ve wanted to do for some time,” said Zielinski. “The bridge represents the band’s Bay-area roots as well as the spirit of its music. On a more practical level, the bridge design also gave me something to punch through the daylight at outdoor venues.”

Dealing with daylight issues was necessary on the tour, which kicked off in July and concluded in October, because Counting Crows was opening for their fellow superstars. Last year Matchbox 20 frontman Rob Thomas opened for Counting Crows when they toured together, so this year the groups decided to reverse the order of their appearances.
Zielinski’s bridge consisted of five 13’ towers (actually 10’ sections of HUD truss sitting on top of 3’ rolling risers.) Joining these towers were illuminated U-shaped arches that dipped to 6’ above the stage deck at their lowest point. A single STRIKE 1 was positioned on top of each tower, and five of the 230W LED fixtures were evenly spaced along each arch.

The intense output of the STRIKE 1 fixtures, along with their flexibility, were essential to helping Zielinski and his team (crew chief David George and techs Eric Smith, Anthony Fiorello, Abbey Wright and Jorge create a consistent look for the band on the tour. “Coming up with a design concept that works just as well when the sun is blasting the stage and the band needs 100% sunblock, as it does when the show is in complete darkness, is a challenge,” said Zielinski. “The STRIKE 1 definitely played a huge role in helping us provide an impactful design during both extremes. They gave us brightness and much more.

“We ran the STRIKE 1s 100% once during rehearsals,” continued Zielinski. “But woo, they were bright! We never went above 65% after that. At other times, we dimmed the STRIKEs and really created some cool transformative looks on the suspension bridge by using their warm white tungsten-like effect.”

At various points in the show, Zielinski used the STRIKE 1 units in his rig as washes, strobes and blinders to reflect the different feelings conveyed by the music. The warm white light of the STRIKEs did more than evoke powerful moods itself, it also played off well against the colored light produced by some of the rig’s other fixtures to create a redolent effect worthy of San Francisco Bay.

“The STRIKE fixtures were always there at the center of our rig, defining the suspension bridge and setting the visual atmosphere,” said Zielinski. “One of my favorite looks was the glow we got at about 5% or 10% intensity with the amber shift on. We got this gorgeous little glow out of the light where you can see the internal framework as if it were a light on a bridge. The whole thing looked like a glowing piece of scenery! It really transported you when you looked at it, which was what this design was all about.” 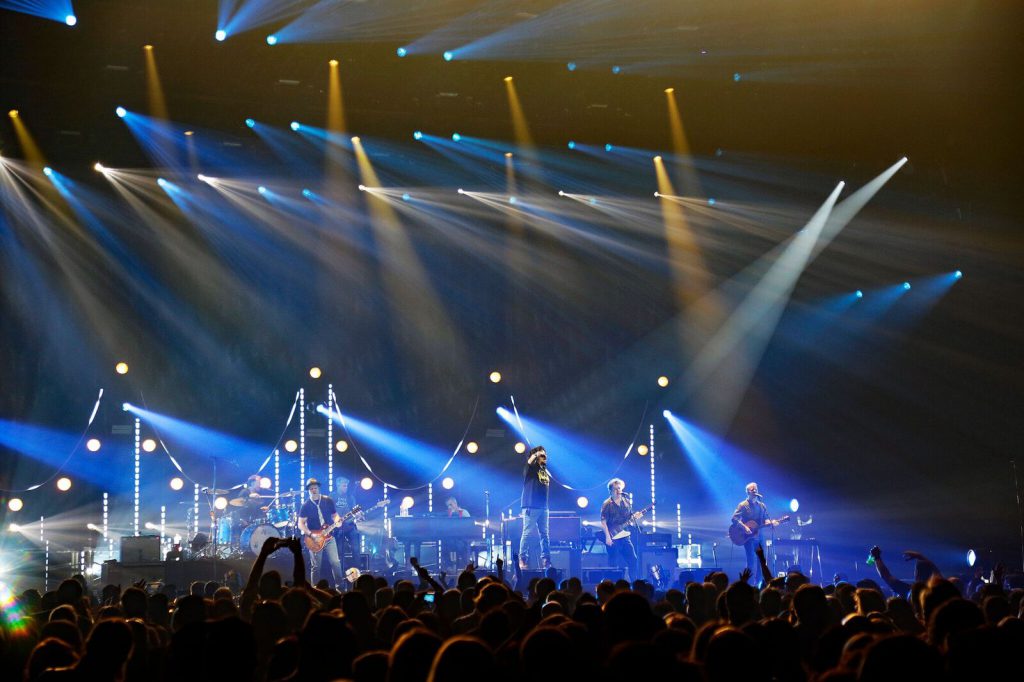