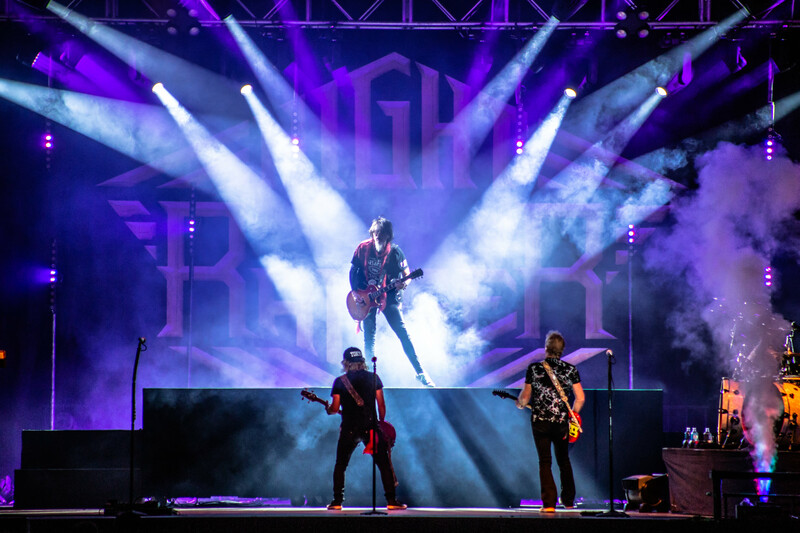 SCOTTSDALE, AZ – It was “like riding a bike.“ That’s how John Garberson described his experience working the lighting console for the opening acts at Arizona Bike Week. The president of Creative BackStage, Garberson hadn’t run the boards at a show in six years (his work managing his business prevented that!), when he sat down at the desk for this four-day festival.

Given the way Creative BackStage was growing, Garberson really didn’t expect to be running boards again. But in 2020, few things have gone as expected. With his festival and event business halted in March, he occupied himself by turning his home office into a viz suite and “relearned“ programming. 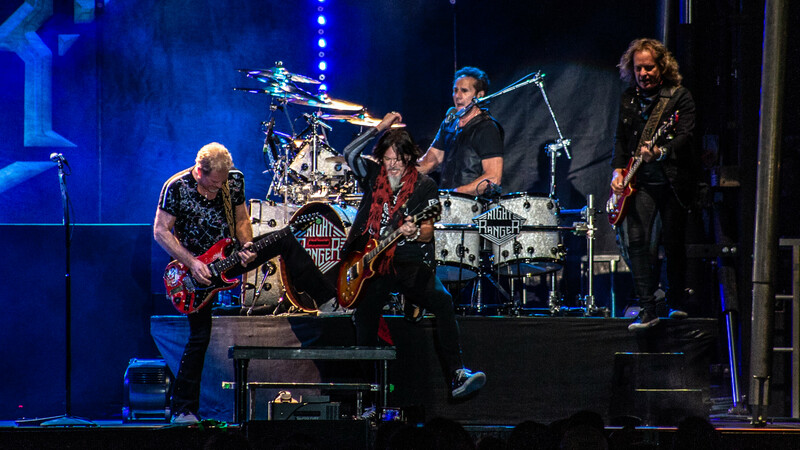 On Wednesday October 7, Garberson got the chance to put his resharpened skills to work when the festival’s first act, Threefold Fate, took the stage. Like the proverbial bike rider, his comfort at the console came right back to him, as he ran a punchy fast-moving show on a rig anchored by CHAUVET Professional Maverick and Rogue fixtures.

“This was Creative BackStage‘s first festival in eight months,“ said Garberson. “We learned for certain that Arizona Bike Week would happen only 10 days before the festival started, so it was pretty exciting. The organizers did a great job keeping everything as safe as possible.“

In the interest of safety, crowd size at Arizona Bike Week was severely restricted. Instead of the 20,000 people that normally flood the festival, this year’s attendance was limited to 3,800 a day, and fans were required to remain in private sections. Of course, smaller crowds meant smaller budgets — and smaller crews, which led to improvised job duties, such as Garberson running the boards for openers, while his L1 Elie Knight and visiting LDs took care of these duties for headliners.

“Everyone worked to promote safety,“ said Garberson. “We did all we could to ensure that our crew and the touring crews would be safe. We wrote up a safety guideline for production that we gave to the touring crew, so all knew what the plan was. We also had to do to a strip down version of things due to budget. 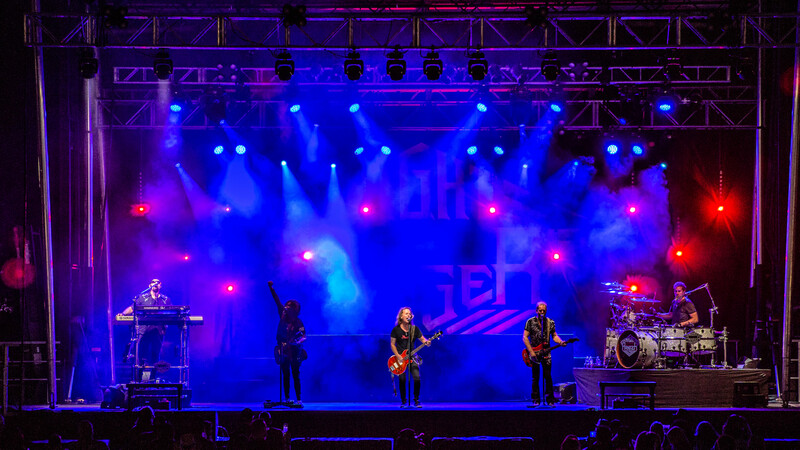 “The crew being smaller definitely made things more difficult,” continued Garberson. “We had to do double and triple duty, as we worked to set and strike both video and lighting — and then also run the show. This wasn’t easy considering the crew had been out of work for about eight months, most got other jobs outside of the event industry and some have been living off of UI. Still, everyone pulled together. I can’t say enough about the team.”

Despite these challenges, Garberson and his crew, along with the visiting crews, put together a versatile series of light shows that reflected the personalities and music of a diverse mix of local and national acts that included Night Ranger, Blackberry Smoke and Texas Hippie Coalition.

“Just as we did at our festivals before the lockdown, we designed our rig with flexibility in mind,” said Garberson. “We wanted it to offer a spectrum of richly textured colors and varying levels of brightness so we could accommodate a different artists.”

Key to helping Garberson and his team meet this goal were the rig’s 24 Rogue R2 Wash fixtures. They hung 10 of the RGBW movers on downstage truss for front washing and audience light, while flying six mid-stage and eight upstage. For specials and texturizing gobo patterns, they relied on ten Maverick MK2 Spot fixtures flown on mid-stage and upstage truss. A collection of eight STRIKE 4 warm white fixtures were used as blinders and crowd-engaging audience washes.

Although not as large as the rigs Garberson used at pre-lockdown festivals, this collection of fixtures produced some legacy looks. “The lightshow created for Blackberry Smoke on the third night was very special,” he said. “It was the kind that creates moments you never forget.”

For Garberson, seeing such panoramas on stage was especially sweet. Back on March 13, he was 30 minutes away from starting the 31st annual Ostrich Festival in Chandler Arizona, when it was abruptly canceled due to COVID-19. Sitting at FOH for Arizona Bike Week was the first time he’s worked a festival since then.

Being at a festival site, and even getting to run the boards again, reminded Garberson of why he got into this industry in the first place. “There’s no way to describe it,” he said. “It was just great to be bitten by the lighting bug again.” 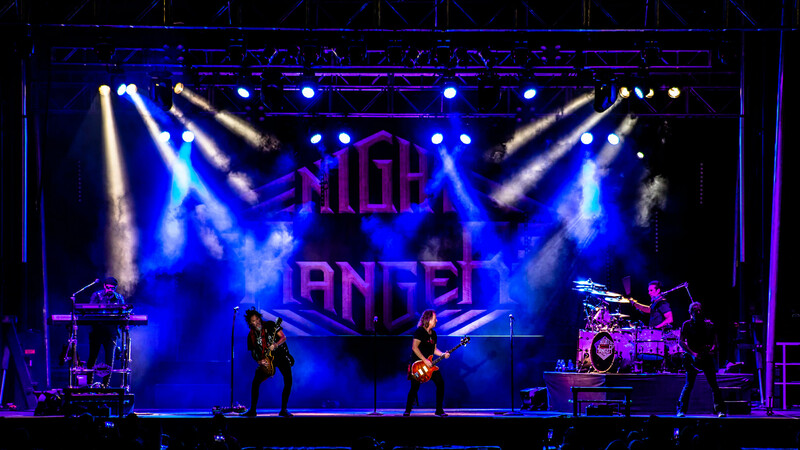