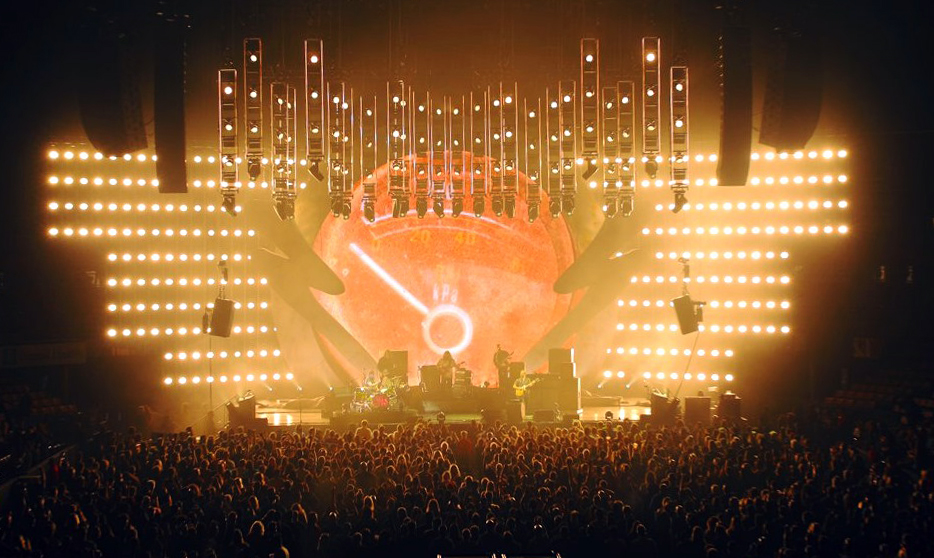 CHICAGO – Eric Cathcart gets straight to the point when describing the impact that CHAUVET Professional STRIKE 1 fixtures are having on the looks that he and Mike Grant are creating for the Black Keys on the Grammy winners’ “Let’s Rock” tour.

“Brute Force”…with these two simple words, Cathcart sums up how the 325 STRIKE 1 fixtures in their rig are energizing crowds for the hard rocking duo of Patrick Carney and Dan Auerbach as they tour North America in support of their ninth album. Anyone who’s seen how these 230W single source LED blinders are lighting up entire arenas on cue with Carney’s kick drum and Auerbach’s eruptive guitar riffs, would readily agree with this summation.

Still, blow-your-head-back output, is only one of the ways that these powerful fixtures are contributing to the tour’s highly nuanced and multi-faceted lightshow. Thanks to the deft arrangement of the STRIKE 1 fixtures by Cathcart, who handles the lighting while Grant takes care of video, they’re also adding a variety of more subtle visual elements to the captivating visual panorama on stage. 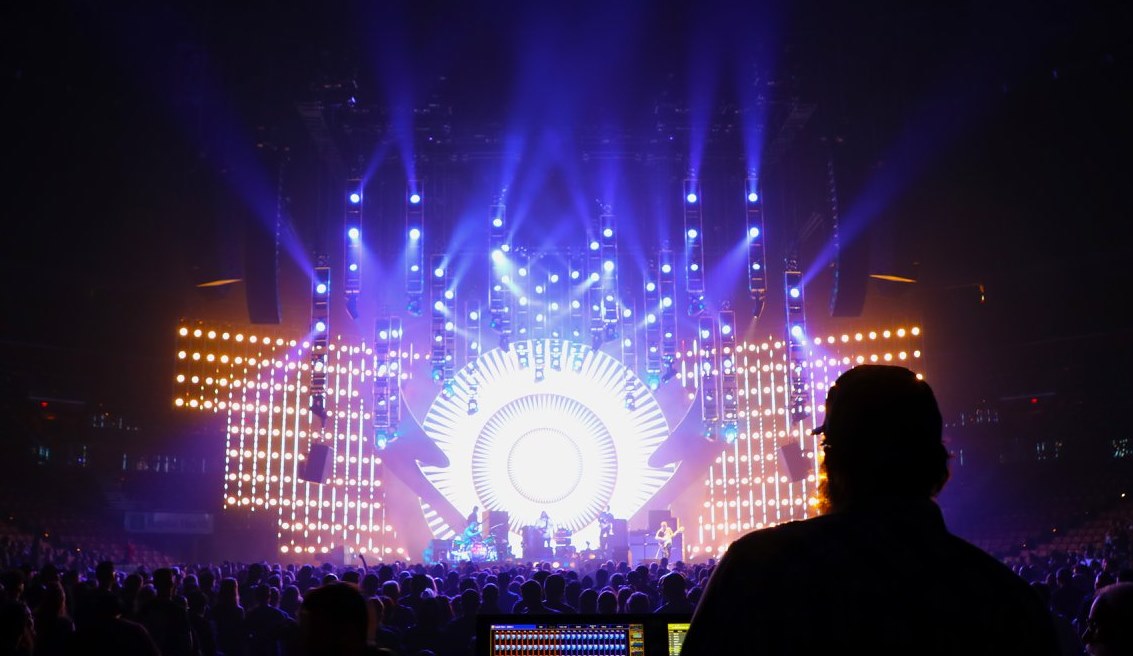 Over 300 of the STRIKE 1 fixtures, which, like the rest of the rig, were supplied by Upstaging, are positioned in a towering grid pattern on 40-foot wide by 35-foot high walls located on either side of the stage. (A dozen other STRIKE 1 units are placed under band risers.) Cathcart orients the evenly-spaced fixtures straight out from the walls, but has the walls themselves angled slightly toward center stage.

This configuration adds a critical element of versatility to the STRIKE 1s, allowing them to shower the stage with powerful washes one moment, while blasting away as audience lights the next, before engaging the crowd with chase sequences and other set piece effects.

“Without a doubt, the STRIKE 1’s brute force is a big part of the show,” said Cathcart, owner of Bigtime Lighting Design. “We turn to them often for audience lighting, but there’s a lot more to them than that. We also use them as accents on solos and choruses at times. Having such a large surface of the fixtures in a grid allows me to get some nice effect patterns and chases out of them.”

Since the tour is playing at arena venues, Cathcart is able to keep the versatile grid consistent from show to show. “On occasion we had to cut an 8-foot section of wall from each side, but we’ve still been able to keep look,” he said. “There were even a couple of club shows in DC, where we had to make more significant cuts, but we were still able to squeeze in a couple of hundred STRIKE 1s.”

Throughout the 21 song set, the STRIKE 1 fixtures flow seamlessly with the performances of the two members of the Black Keys. At times, Carney’s drumming drives the bursts of light from the STRIKE 1 units, almost as if they were part of his kit, while the emulated “amber shift” of the fixtures, which warms the color temperature of the light as it dims, adds a smoky old school vibe to some of Auerbach’s more bluesy guitar solos.

Cathcart and Grant also use the STRIKE 1 fixtures to accent dramatic changes throughout the show. For example, during some transitional moments, the colored lights are turned down and replaced by the warm white glow of the STRIKE 1 units, before this process is reversed and color again fills the stage.

“There are a lot of layers to the show,” said Cathcart. “We have no overall ‘look.’ Between the curtains that are covering up the major elements at the top of the show and the automation, we try to give each song its own feel. For every song that is tungsten, white and CTB based, there is another that is using completely saturated colors.”

Making a vital contribution to the versatile show are its large video walls. Grant shot and edited all of the video content used in the show, which feature a wide variety of visual elements including cars, nature scenes, and electronics. He also has 11 fixed cameras on the stage and a long lens camera from FOH. Images from these cameras are blended into the content on the wall.

“Mike and I program the show together,” said Cathcart. “Sometimes I would change my color pallet to match the content, other times he would alter his content. Keeping the lighting and video as one seamless look is a major imperative in our design process. In the end it is all one visual experience that engages the audience, and defies easy categorization.”

Impossible to categorize or define? Yes, but one thing is certain – the balanced and unified visual spectacle that these two designers created for the Let’s Rock tour will be impossible for fans who turned out at arenas across the USA and Canada this fall to ever forget.