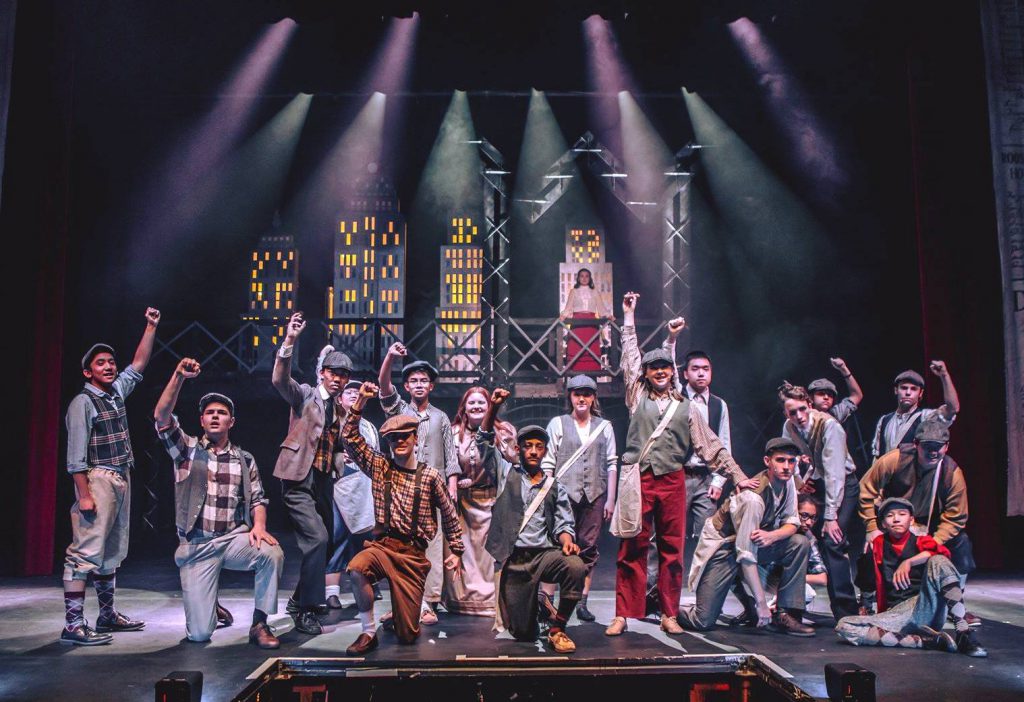 NORTH BETHESDA, MD – Founded in 1789, Georgetown Prep is one of the oldest preparatory schools in the US. The halls of its leafy campus outside Washington DC resonate with tradition, as Erik Morra discovered when he signed on to light a show at the school’s student theatre in February. However, one of the main “history lessons” that he learned from this experience came not from the school’s storied past, but from the musical he lit: Newsies, which chronicles the heroics of New York’s “newspaper boys” during their late 19th century strike against two of the most powerful publishers of their era.

“I was familiar with the play, but never really appreciated the David-Goliath backstory behind the strike until I dug into it for this production, which made me extra determined to capture the world of these kids in light,” said Morra, owner of Baltimore-based LumenCUE. Helping him convey the gritty 1899 New York City streets that defined the newsboys’ life was a collection of CHAUVET Professional Rogue R2 Wash and Rogue R1 Wash fixtures. 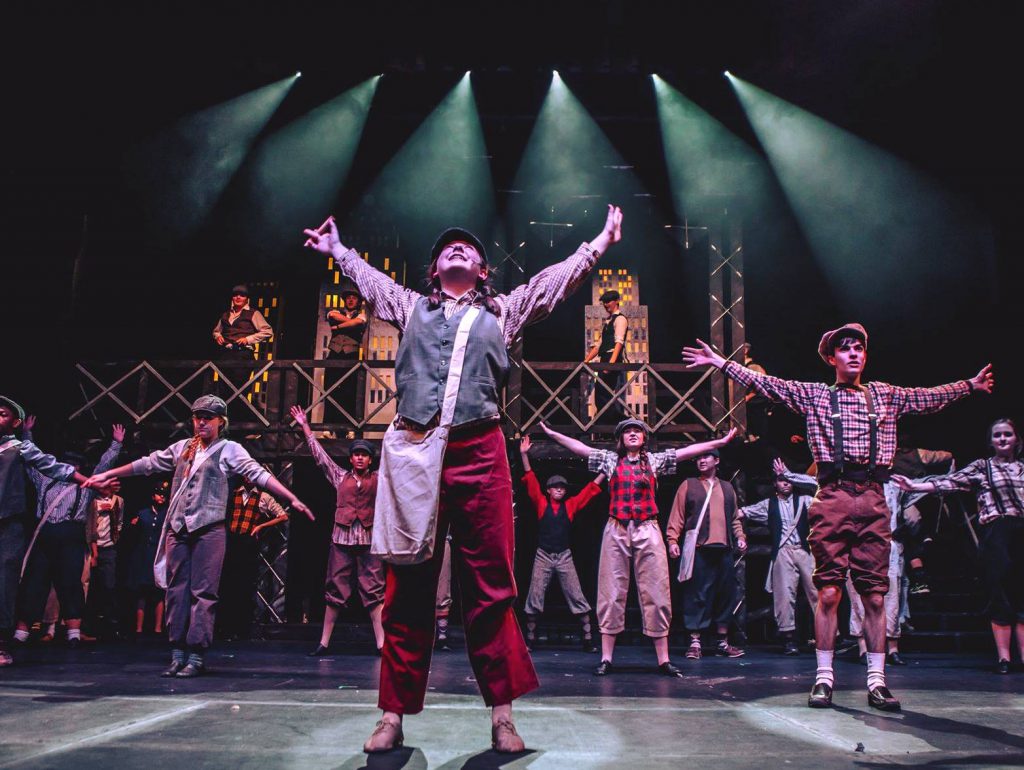 “Probably the biggest challenge for me in this show was capturing the Old World feel of New York,” said Morra. “Our director Colin Brown is an amazing set designer. He really created the feeling of a turn-of-the-century ‘newsies’ square in New York City, and I tried to support his work with my lighting.”

The deep, rich colors Morra was able to create with his Rogue fixtures helped him evoke the desired mood. “I found the color mixing from the Rogues was great for dialing in the right colors needed to make every scene come alive,” he said. “Throughout most of the play, I stuck with basic light ambers and blues for atmosphere. I also used a hazer to capture the smoky, dusty feel of the Industrial Age – and that made the light from the Rogues really pop out.”

Morra hung eight Rogue R1 Wash fixtures downstage for front light, and eight Rogue R2 Wash fixtures midstage for downlight and backlight. “The zoom feature of the Rogues really allowed me to define the space and keep the focus where it needed to be,” he said. “We also had several scenes that moved out into the house, so we were able to simply move the fixtures and follow the actors out into the aisle. In general, the mobility and zoom features of the Rogues allowed us to follow the action and create some intimate scenes.” 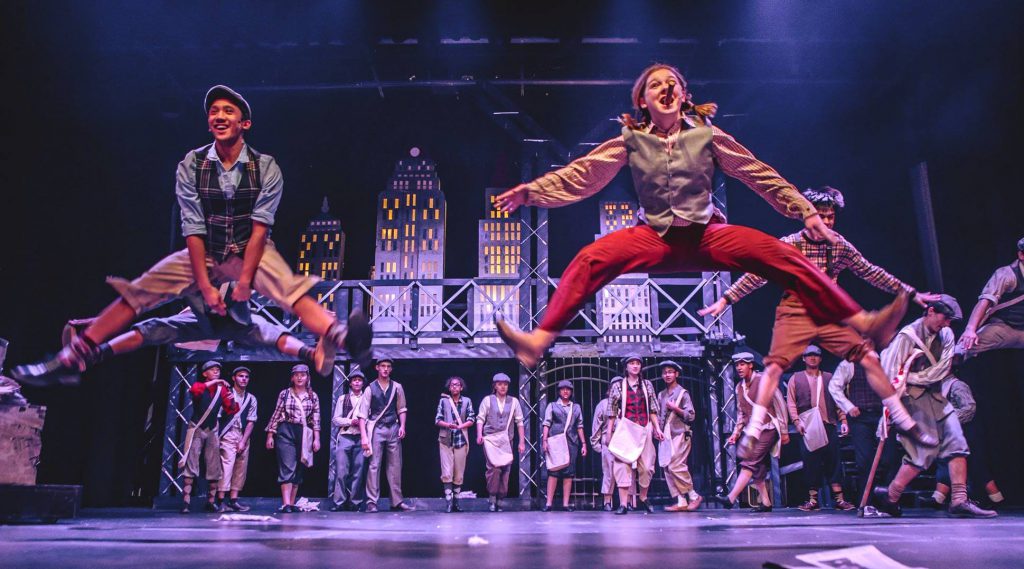 Along with its Rogue R2 Wash and Rogue R1 Wash units, Morra’s rig included CHAUVET DJ Intimidator and Freedom Par fixtures. He hung eight Intimidator Spot 360 LED units on upstage pipe just in front of the backdrop to give it extra texture. He also moved some of these lights downstage to create specials. To add impact to a critical scenic element, he uplit the “W” on the “World News” building (headquarters of one of the newspapers) with a pair of Intimidator Spot Duo 155 units. For extra atmosphere, he positioned six wireless Freedom Par Quad-4 fixtures on the front edge of the stage to emulate a “classic theatre front light” look.

Helping Morra create his evocative looks for the show was a group of Georgetown Prep students. “I came to the show opening night, but the students took it from there,” he said. “I worked with the tech crew students to map out the lighting cues and program the board, bringing them as much as possible into the process.”

Working on Newsies was a great learning experience, according to Morra. And. as he is quick to point out, not just for students, but for him as well.