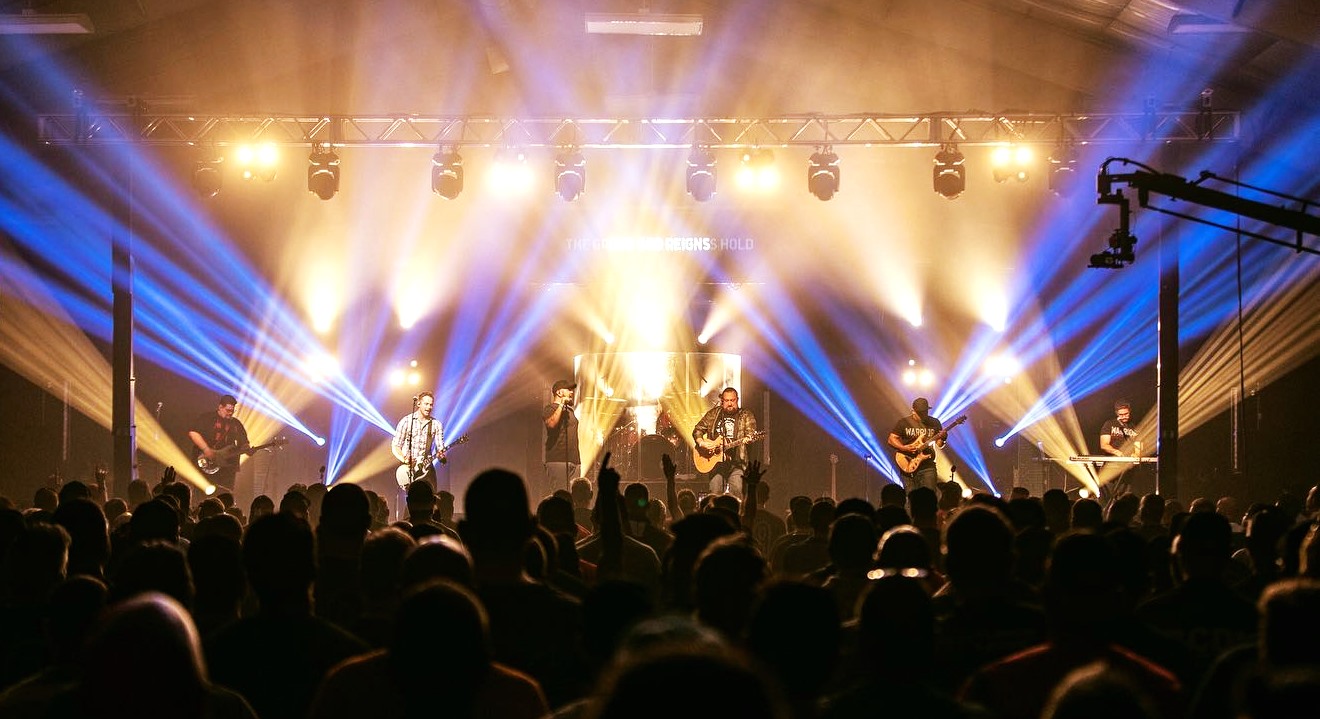 WATERVILLE VALLEY, NH – When the Events United team first saw the venue for the Warrior Conference, they knew they had to push their design to the next level. The low, sloping ceiling of the Waterville Valley Ice Arena, where the event took place this May, is anything but conducive to creating the kind of dynamic lighting displays that were needed to reflect the spirit of this popular men’s conference. Compounding the task was the arena’s strict prohibition on rigging from the roof, which made the task of getting the adequate trim height for potential lighting even more daunting.

The team met this challenge by building their lighting rig from the ground up. Helping them was a collection of CHAUVET Professional fixtures and LED video panels.

“Supporting all the lighting from the floor limited how much gear we could send up and how high we could go,” said Tim Messina, owner of Events United. “We needed to choose fixtures that were lightweight, yet powerful for our ground-up rig. We also wanted ones with a low profile, combined with beam angles that could give us the coverage we needed. Ryan Lane, our lead Lighting Designer, and I chose Chauvet lights to give us the look we were striving for while being very bright. Working them in concert with our PVP X6IP video tiles allowed us to create something eye-catching and exciting, despite the obstacles we faced.”

Anchoring the lighting rig were eight Maverick MK2 Wash fixtures. The team hung the RGBW LED movers on the downstage truss across the width of the stage. At one point, these lights were directed straight out over the audience, washing the entire room in even fields of light to create an all-encompassing, immersive environment. The virtual gobo wheel of the Maverick MK2 Wash proved invaluable by introducing a continuous flow of new and engaging looks throughout the conference. 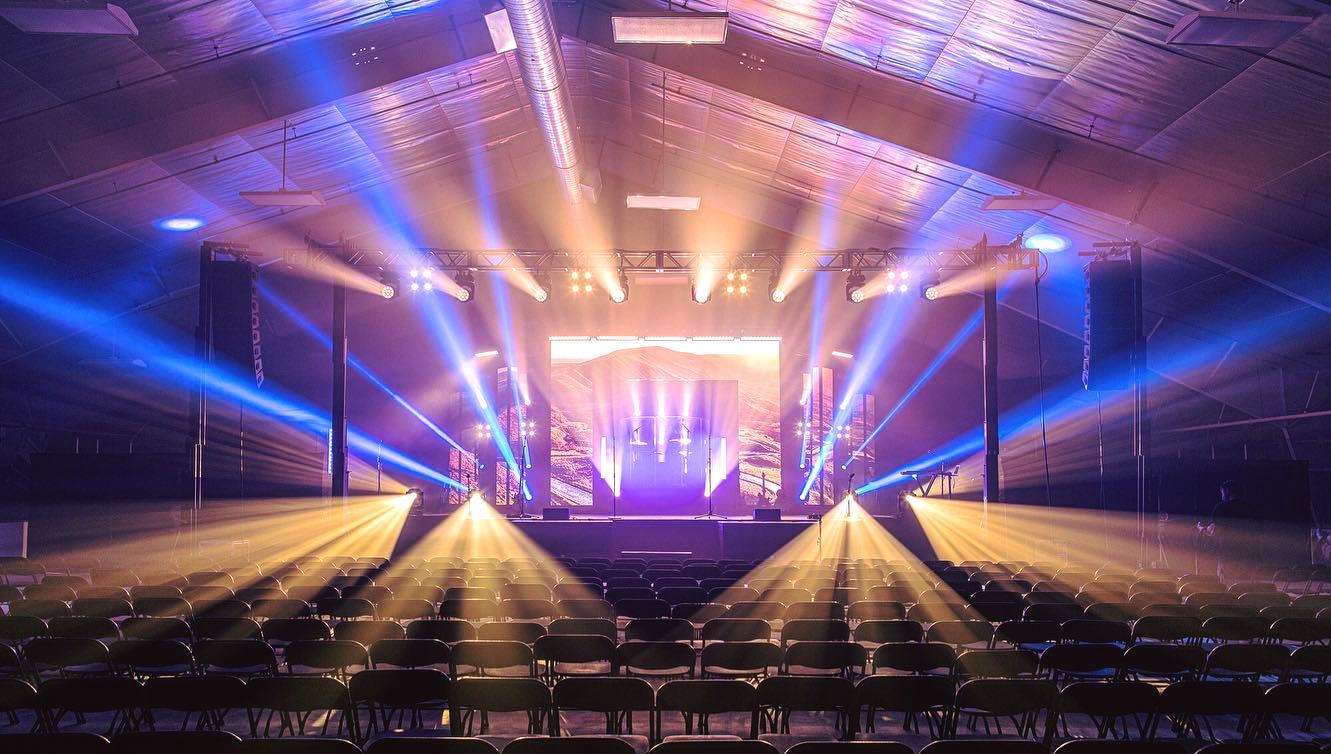 While the Maverick MK2 Wash units provided the front wash and eye candy, a collection of eight Maverick MK2 Spot fixtures, arranged on the upstage deck, were used to create full production-level aerial effects. Also engaging the audience and revving up the energy level were eight STRIKE 4 multi-formatted fixtures used as crowd washes and blinders. Half of the STRIKE units were flown on the downstage truss, and half were hung one-unit apiece on four upstage columns.

Adding color and dimensionality to the stage were 13 Rogue R1 Wash fixtures and 11 COLORado Solo Battens. The Rogue units were positioned on ladders and placed behind the drum riser to create a brilliant wall of back light, while the batten units were hung above the video wall.

“We ran chases through the COLORado strips to support the music with energy and movement,” said Lane. “We also placed two of the COLORados off to the sides of the stage facing in across the band that made dramatic lighting on the performers.”

Key to enlarging the visual impression on stage was a series of LED video wall columns made with 98 PVP X6IP tiles, designed by Jon Martell, Events United’s lead video engineer. Positioned at 90° angles to one another, the columns were arranged in staggered rows to add a sense of depth to the stage. The movement of images through the column configuration were coordinated with chases run on the COLORado units, creating a dynamic panorama that more than compensated for the lack of trim height, allowing Events United to realize its vision for the conference.

“Gregg Dicecca from Granite United Church is the creative organizer and driving force behind the conference,” said Messina. “We have been working with Gregg on the conference for six years, and enjoy a great collaborative relationship. Gregg showed us a few set design ideas that he liked for this year. His designs inspired us to come up with video wall columns that pushed back on the stage from the center. Our lighting and video teams worked side by side to ensure that the columns and fixtures enhanced one another to create an impact that was much bigger than the stage itself.”

Among the things that the Events United team enjoyed about this project was the chance to associate with the Warrior Conference, an event that inspires men to overcome obstacles. At this year’s gathering, Events United provided a real-life example of how hard work and cooperation can make that happen.