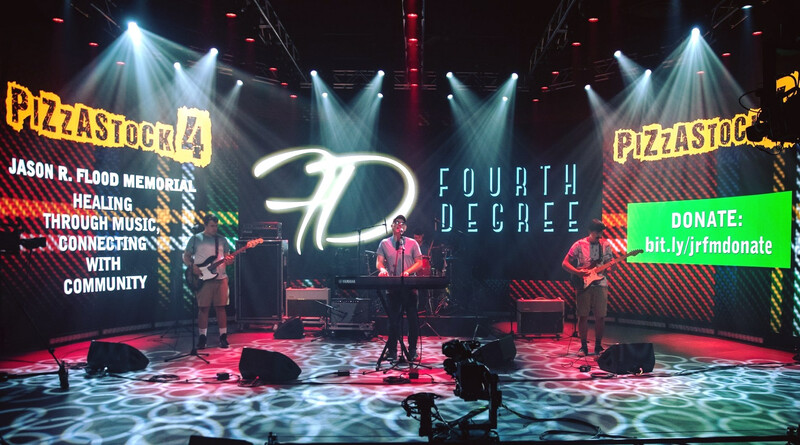 DERRY, NH – Why is pizza so popular? Aside from liking its convenience and tastiness, people also enjoy the creative exercise of topping it with a mind-boggling assortment of extras. The organizers of the aptly name Pizza Stock fundraiser, which took place at the Events United Studio Lab, experienced this sort of happiness when they were given the opportunity to create their own graphics for the 52.5’ wide by 13’ tall video wall that served as the backdrop for their livestreamed fundraiser broadcast.

Inspired, the charity organizers came up with an engaging graffiti-like display that wove myriad images together on the massive 7.2 -million-pixel curved wall made of CHAUVET Professional F2 LED panels.

“The folks from Pizza Stock were impressed by how clean their graphics looked on the wall, both in person and to the livestream audience,” said Tim Messina, owner of Events United. “This annual event raises funds for mental health and suicide prevention. The video wall allowed them to acknowledge all of their sponsors without taking anything away from the crisp appearance of the program.” 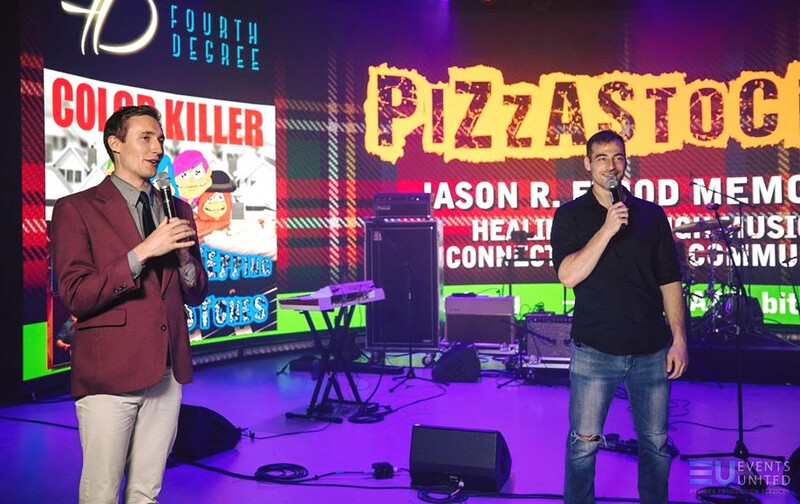 For the Studio Lab team, having a backdrop with such a wide variety of images offered the added benefit of allowing them to expand their lighting palette. “The wide range of colors on the video wall actually freed us up to use more creative colors in the lighting, because we were not limited to the two or three colors that often define the entire pallet in corporate shows,” said Ryan Lane, lighting designer for the show.

Given the wide array of images on the video wall and the variety of musical performance, the creative team had to ensure that timing for the program was precisely choreographed.

“We had to do some planning on the front end of this event to ensure its success,” said Jon Martell, Production Design Manager at Events United and Studio Lab. “We treated this as if it were a festival. This allowed us to position the event’s hosts in front of the performance area with their own camera shot and key light. By doing this, we were able to keep a tight schedule and create a dynamic stream from the first introduction to the last thank you. Our entire crew worked hard to make this complex show look simple and seamless.”

A total of five cameras were used for the livestream: two of them manned on tripods, one on a motorized slider, one on a 16’ jib arm, and one on a slider behind the drums. “The addition of the curved video wall to Studio Lab has changed some of our camera workflow,” said Messina. “We had initially hoped to move our cameras closer to the talent on stage, but quickly found that we couldn’t capture the entire video wall without getting our other cameras in the wide jib shots.”

The height of the video wall has also impacted the way in which cameras can be used. Now, the team is able to get impressive “hero” shots of people from the floor and still have the background filled by the video wall. Messina describes these shots as “amazing.” Anyone who saw the Pizza Stock livestream would readily agree. 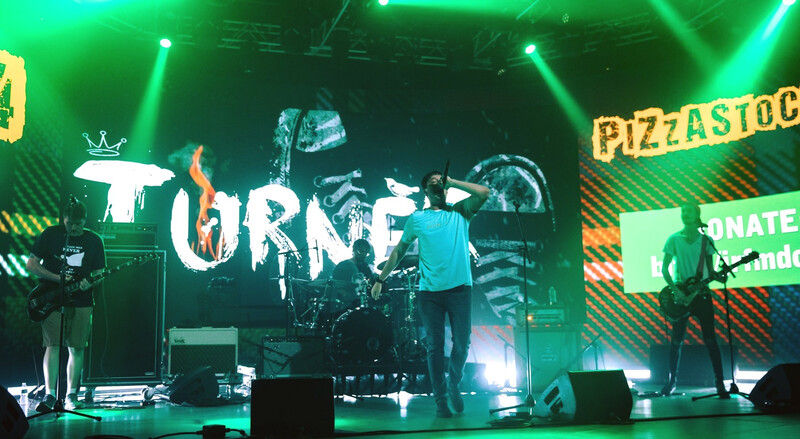