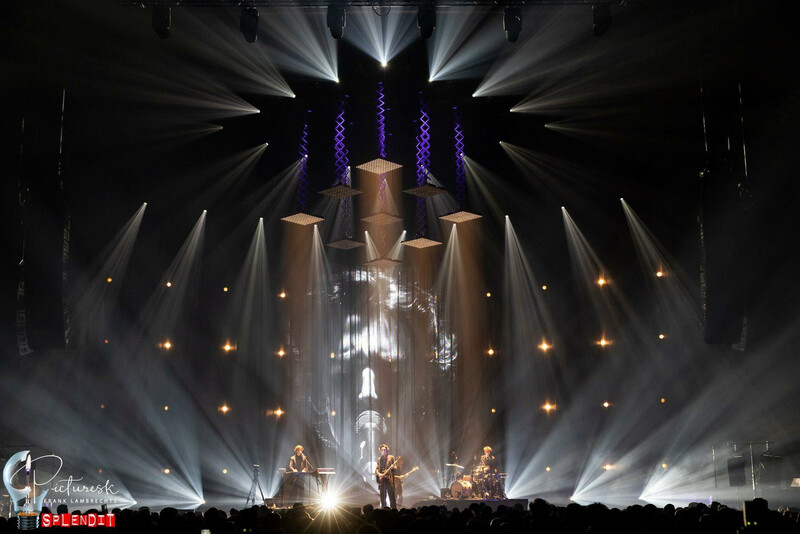 ANTWERP – It’s easy to see why music critics were so exuberant in showering praise on Tamino, after the bright emerging star released his debut album “Amir” in 2019. Weaving deeply evocative musical elements from his Egyptian heritage with moving orchestral passages, the Belgian born singer-songwriter creates a sound that is at once timeless, original and very much in the moment.

Jan Van Lindt captured the power and complexity of Tamino’s unique music in light for a recent one-off the star performed at the Lotto Arena in advance of his upcoming North American tour. Drawing on a collection of over 90 CHAUVET Professional fixtures supplied by Splendit, Van Lindt created an appropriately transcendent mood on stage by balancing warm, intimate moods with intense theatrical effects.

“Because of the size of the stage, I tried to go for a more dramatic look,” he said. “However, the lighting also needed to be subtle and small to relate to the emotions of Tamino’s music. By balancing the right lights, we were able to be punchy and big at the appropriate times in order to fill the large arena, without losing that sense of intimacy.” 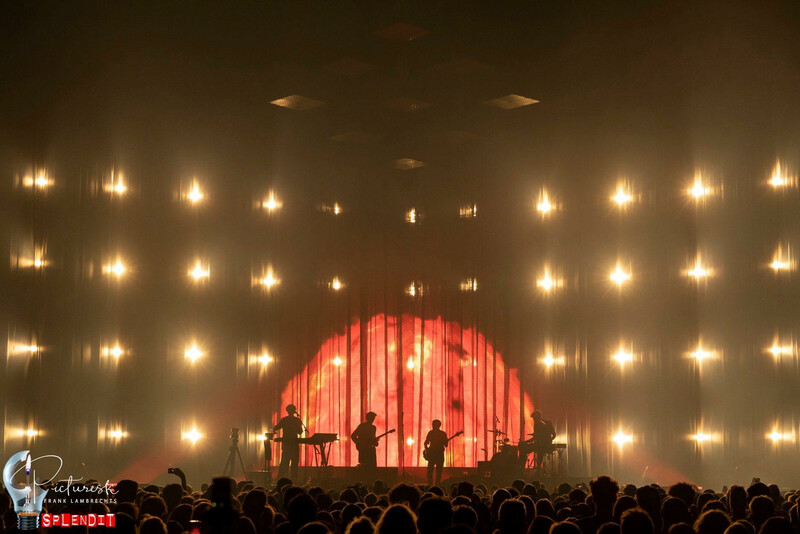 Anchoring this lighting concept were 36 Nexus AW 7×7 fixtures that were hung from nine centrally positioned pantographs. Quite unusually for a venue the size of the 5,000-capacity Lotto Arena, the fixtures provided a soft and inviting focal point created with saturated warm white beams.

“The arrangement of Nexus fixtures helped me achieve the desired theatrical look – even from a height of 10m above the band – with the distinctive column-like beam effects,” commented Van Lindt. “They looked fantastic in conjunction with the hanging pantographs, which was quite an unusual yet effective addition to overall look of the stage.”

Another key visual element of Van Lindt’s lighting concept was his inclusion of 44 STRIKE P38 fixtures, which helped him achieve the seemingly paradoxical feat of evoking the atmosphere of a small theatre in a mid-sized arena. Interestingly, Van Lindt chose to place the fixtures behind a silky black draped cyclorama to give a muted yet highly material lighting effect that was perfectly in-keeping with the flow of Tamino’s performance. 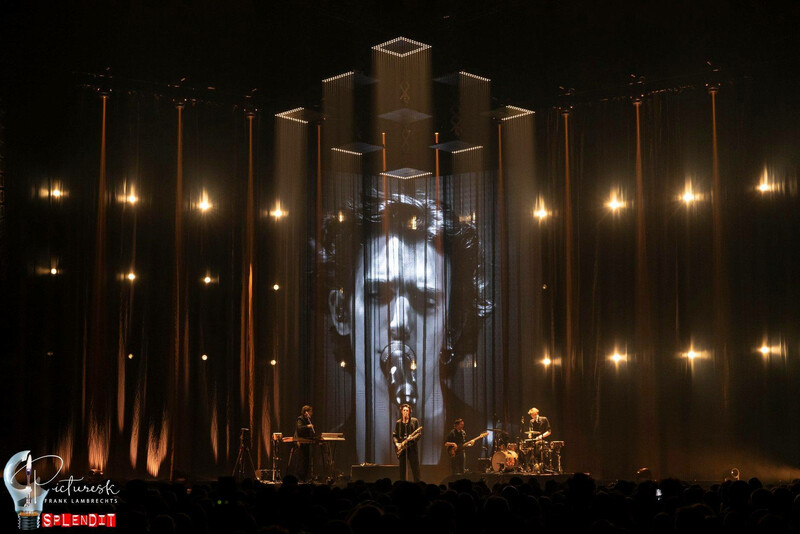 “It was tricky to know what the actual effect would be using the STRIKE P38 behind the semi-translucent drape, but I’m glad we took the risk,” said Van Lindt. “The Strike’s low heat output also meant we could position the fixtures relatively close to the fabric, but still safely distant. This would not have been possible with an equivalent halogen fixture.”

Adding a dramatic edge to the show, were the six Maverick MK3 Profile CX fixtures in Van Lindt’s rig. Positioned from front mounted truss, the 820W LED movers were relied on to profile the performers on stage. “The Maverick Profiles allowed me to have a number of focused color runs to translate the emotions from the music,” said Van Lindt. “Their zoom was very helpful.”

Tamino thrives on sharing his experience in real time with the audience. Helping to underscore his connection to the fans was audience lighting from eight STRIKE 1 fixtures positioned on a top square grid downstage.

Elaborating on the role lighting plays in engendering that “shared experience” between artist and audience, Van Lindt noted: “lighting should translate the emotions from the music. Because of this emotional dimension, a design can never be finished, but must evolve with feelings around a show.”

If the captivating and immersive looks that Van Lindt created for this one-off are any indication, the “evolution” of his lightshow should continue to take Tamino fans to ever-more inspiring places down the road. 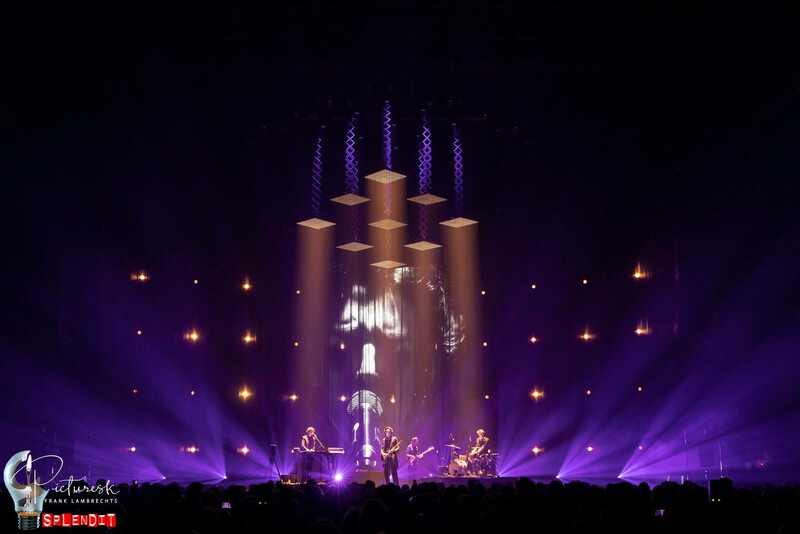