BURLINGTON, VERMONT – Psych pop jam band Madaila has been making waves since the release of their debut song “The Dance” in 2015.  With their catchy synth heavy choruses, spontaneous melodic excursions and joyfully long riffs, the group is reminiscent of another jam band that came out of The Green Mountain State: Phish. Going beyond their free flowing sound, however, Madaila captivates crowds with their shamefully unscripted dance moves, wildly colorful attire and overall antics.

Lighting designer Kyle Rose accented this up-and-coming band’s jubilant stage presence at a recent appearance at Burlington’s iconic Higher Ground Music Hall by adding eight Rogue R1 Spot fixtures to the house rig. “We already had a Rogue-heavy rig with over 25 various Rogue fixtures flying over or positioned on the stage,” said Rose, who serves as the house LD for the 600-capacity venue. “I used the added Rogue units to create a more festive look for Madaila to reflect the strong visual impression they make on audiences.” 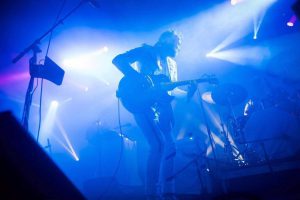 Rose arranged the eight additional Rogue R1 Spot fixtures on cases that he positioned on the upstage floor. Drawing on the fixture’s 3-facet rotating prism and motorized iris, he created a variety of aerial effects behind the group. He also used washes and projections to silhouette the band’s five members from a variety of angles.

“We did a lot of silhouetting and bouncing between lights and projections to give the stage a kind of magical world look,” he said. “Madaila has a very colorful, fun-loving stage presence, so I wanted to support it with a kaleidoscope type of light show. Adding the eight extra Rogue fixtures was a key to creating this look.”

The Rogue R1 Spots added for the Madaila performance joined a house rig that includes the following Rogue fixtures: eight R1 Spots, 12 R1 Washes and six R2 Washes. All of the wash fixtures are flown on downstage truss and upstage truss.  They are used for front washing, audience lighting and spotting band members from the downstage position, and for general washing from the upstage perch. The spot fixtures are arranged on the stage deck and used primarily for aerial effects.

“The color changing, beam angles, gobo capabilities and zoom that we get from this collection of Rogue fixtures really gives us the flexibility to create varied looks for the different acts that perform here,” said Rose. “However, we wanted to add something extra for this concert. We pulled out all the stops for Madaila, because their presence is so visual. I feel that our lights did more than support the music; they also reflected the personalities of the artists on stage.” 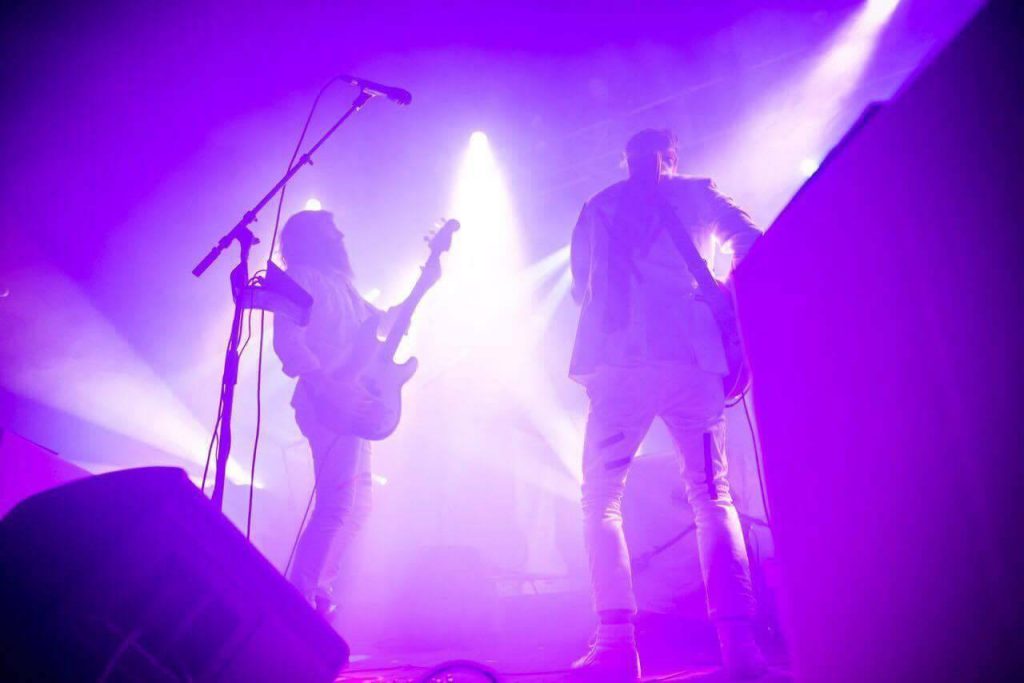