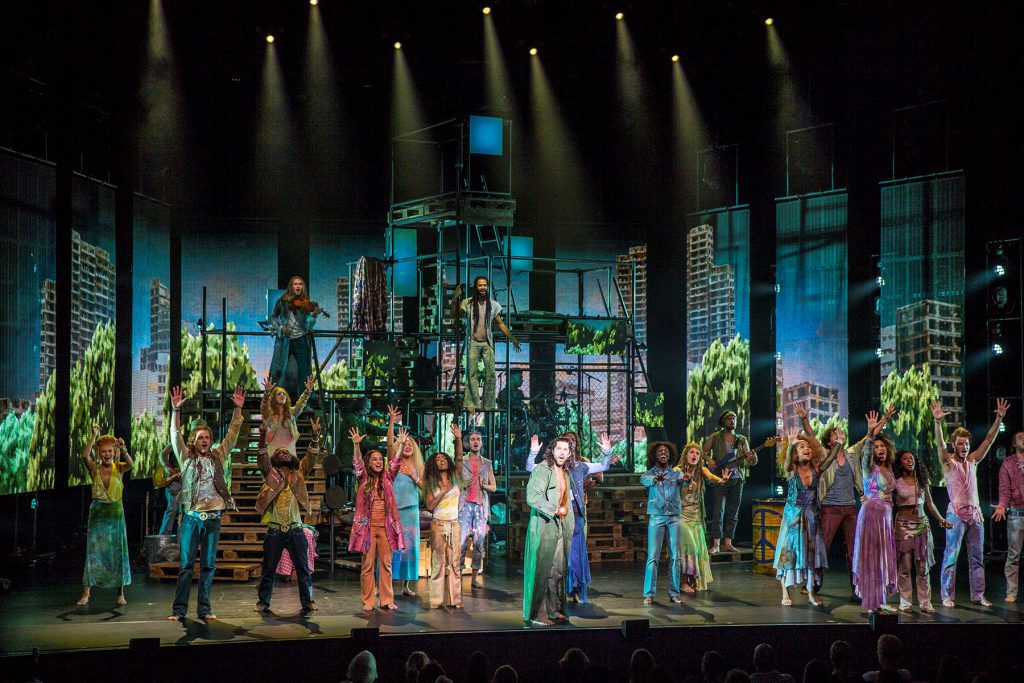 Light, both literal and metaphorical, plays a crucial role throughout the musical Hair, which plays out against the backdrop of the tumultuous and colorful 1960s in New York. Nowhere is this more evident, perhaps, than in the show’s intense visual climax, which sees the ultimate prevalence of light over darkness.

Luc Peumans and his team at leading Belgian creative design practice Painting with Light captured the spirit of Hair’s finale at the show’s recent Netherlands tour, which was produced by Stage Entertainment, with a searing and intense light display that featured 14 of our STRIKE 1 multi-formatted fixtures. With their warm white glow, the STRIKE 1 fixtures were instrumental in evoking a natural sunrise for the thematic conclusion, which played out to the music of the iconic Hair anthem, “Let the Sunshine In.”

“Given that the conclusion of the musical is all about finding a way out of the darkness during a time of war, light was of crucial importance in this final scene,” said Peumans. “The STRIKE 1s were perfect for creating a suitable atmosphere, thanks to their retro feel and excellent amber shift.”

Placed either side of the stage on specially constructed trussing, the 230-watt single pod fixtures provided an immersive dawn lighting sequence. Peumans also concealed one of the STRIKE 1 fixtures in a centrally positioned coffin. This provided hard-hitting visual support when main character Berger searches for the other main protagonist, Claude, and opens the coffin to the reprise of “Let the Sunshine In.”

The STRIKE 1’s tungsten-looking warmth helped build a moving and reflective atmosphere, ensuring that the mood of the finale was accentuated in every way, according to Peumans. The STRIKE 1 also provided the designer with a powerful range of looks and a “beautiful and even spread over the whole stage,” which ended this sometime fractious counterculture story on an uplifting note and the promise of a new day. 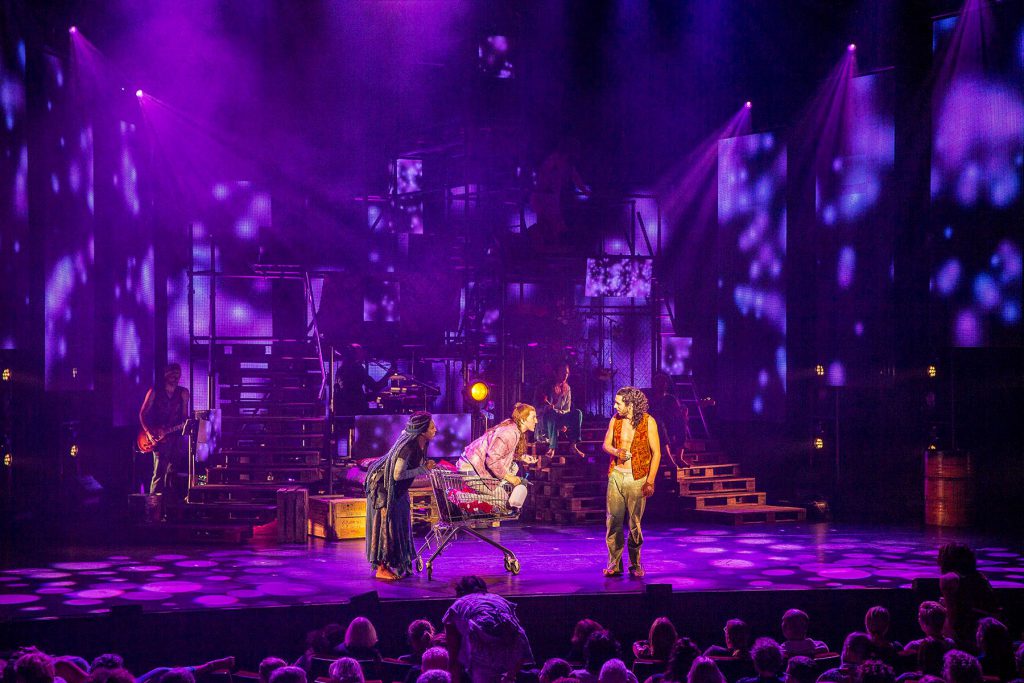