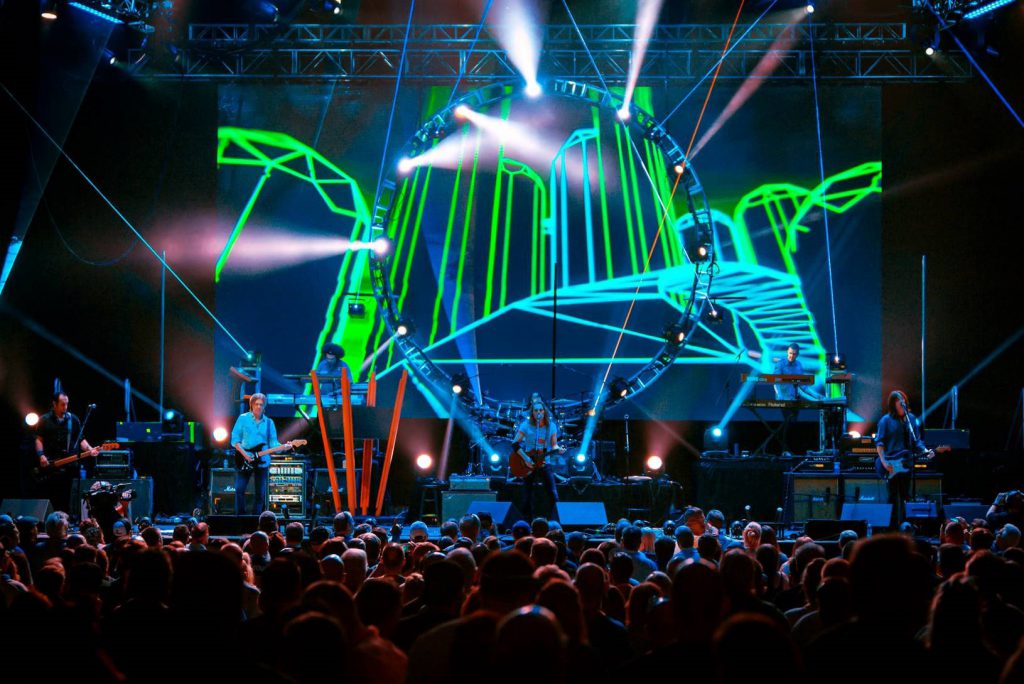 ST. LOUIS – Describing El Monstero as a “tribute band” is akin to calling the $4 million Lamborghini Veneno a “sports car.” The group, which was formed in 1999 by former members of the Capital Recording Top 40 band Stir, pushes its Pink Floyd shows into overdrive, calling on a cast that reaches 75 to create memorable spectacles that include bold scenic elements, costumed performers parading through venue parking lots and, in one recent instance, an eruptive lightshow created by Chip Self including a range of CHAUVET Professional fixtures.

Logic Systems, Self’s company, provided over 75 Rogue, Legend, COLORado and COLORdash fixtures to send light across the stage from every conceivable direction at the band’s sold-out performance at the 20,000-capacity Hollywood Casino Amphitheatre in St. Louis. Flying fixtures from six truss structures that spread out diagonally from the center stage like extended overhead fingers, he was able to hit the band and audience with down washes and beams. He also hung beam fixtures from a circular structure that was positioned in the center of massive LED video wall to engage the crowd with audience lighting and pay homage to Pink Floyd designs of the past.

For Self, the lighting configuration was part of the controlled chaos that characterizes an El Monstero show. “The group is a master of theatrics,” he said. “That’s one reason why they are so popular. We wanted a massive, multi-level lighting display that would not only support the music, but would also add to the theatrics,” he said. “So we positioned our fixtures so we could light the band from a lot of different angles with Legends all over the place. This created a wide variety of different looks and interesting patterns.”

Self used six Rogue R2 Washes, 24 Legend 230SR Beams, 40 COLORdash Par-Quad 18 RGBA LED par-style fixtures and six COLORado Ridge IP panels in the El Monstero rig, which was controlled with a grandMA2 Light. Positioned on risers across the upstage deck, the Rogue fixtures were used for aerial wash and sweeping the stage with vivid colors. The 12°-49° zoom range of the Rogues allowed coverage of a wide area, while using a relatively small number of fixtures.

Six COLORado Ridge IPs, positioned underneath Plexiglas topped stage risers, provided additional wash of upstage scenic elements. “All the fixtures in our rig worked together to create a panoramic image that enveloped the audience,” said the LD. “This is at the heart of an El Monstero show, and I’m glad our lighting was able to contribute.” 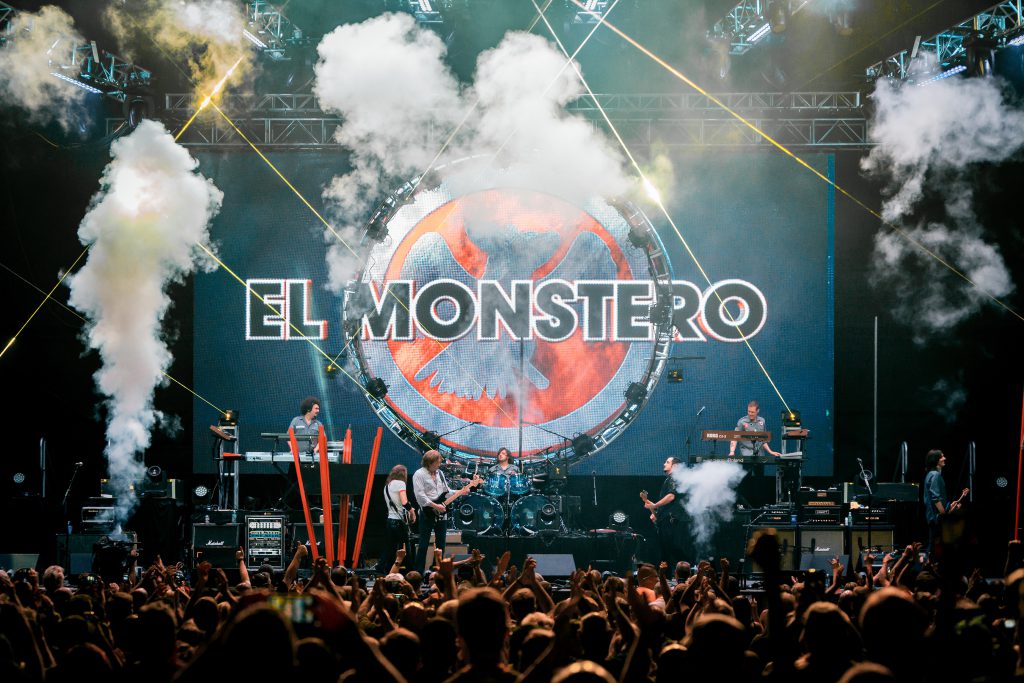