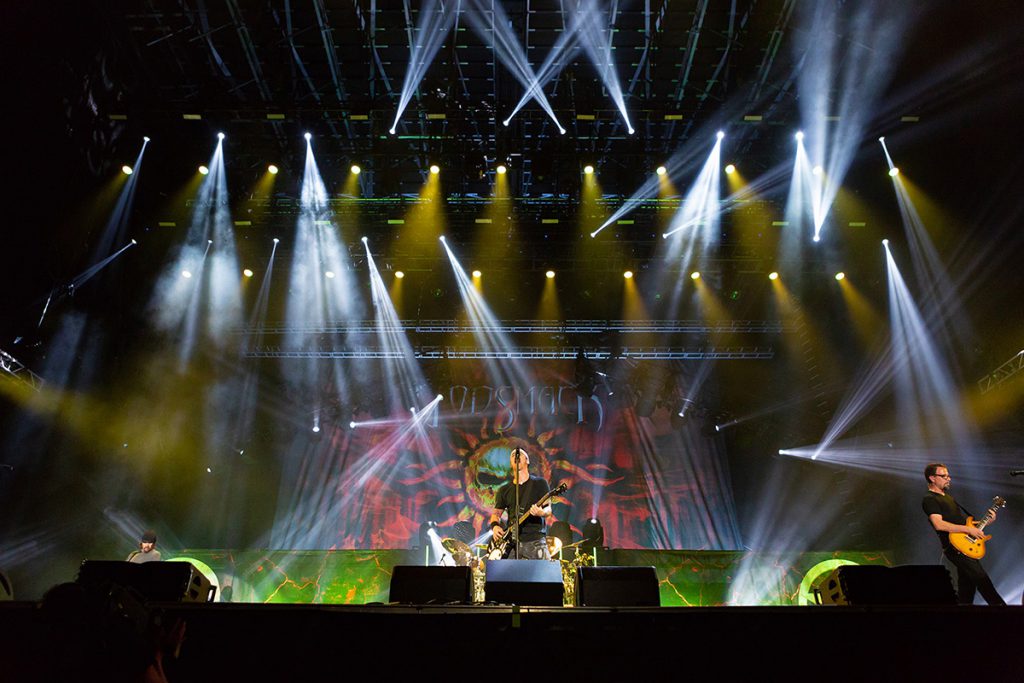 CONCORD, NC – NASCAR vehicles weren’t the only things roaring at the Charlotte Motor Speedway this month. From May 4-6, the iconic venue was reverberating with the high-octane sounds of an eclectic group of rockers like Godsmack, Alice in Chains, and Muse that performed before more than 100,000 appreciative fans at the Carolina Rebellion. Lighting it all up was a massive collection of CHAUVET Professional fixtures supplied by St. Louis-based Logic Systems, which also designed the rigs on the festival’s four stages.

At the heart of it all was the 70’ x 50’ Carolina Stage, where Logic Systems deployed a 25-universe rig featuring 75 Rogue R2 Wash fixtures and 20 Legend 230SR Beams. “The R2s were our primary wash fixtures,” said Chip Self, president of Logic Systems. “We distributed them throughout the rig and used them for everything from downlighting and backlighting to aerial washes and specials. Everyone was impressed with the coverage they gave us, as well as their fast pan/tilt movements and realistic colors. We flew the Legends on two trusses and used them for crossing effects and audience lighting.”

Logic Systems designed the rig to provide visiting LDs with as much flexibility as possible. “Lighting the festival required a lot of organization,” said Self. “Working with bands traveling internationally means that the plot and patch were being changed and updated right up until the evening before load-in.”

Like the bands they worked for, the visiting LDs all brought their own individual style to lighting the festival, from introspective designs that featured a lot of soft stage washes, to the more intense work marked by bold audience lighting, strobing and extreme backwashing.

Through it all, Logic Systems’ rig provided a stable, accommodating platform for visiting LDs as well as the company’s own staff. “We used Net-X to convert Art-Net to DMX and data management, which was very convenient,” said Self. “Four of our universes were separated out for floor packages and equipment that we didn’t have addressing control over. The number of universes we had helped us accommodate each band. For example, Muse needed to have all fixtures in high-res modes. By spreading things out a little, we made it easier for guest LDs to get things patched and cloned into their consoles.”

In the end, being able to pull a large rig together for a diverse mix or artists and visiting LDs was one of the most rewarding things about the festival for Self. “It was very gratifying to see our team put forth the effort and expertise to build a genuinely world class system that satisfied a wide range of very particular LDs and production teams,” he said. “I believe it speaks volumes about our people and culture.” 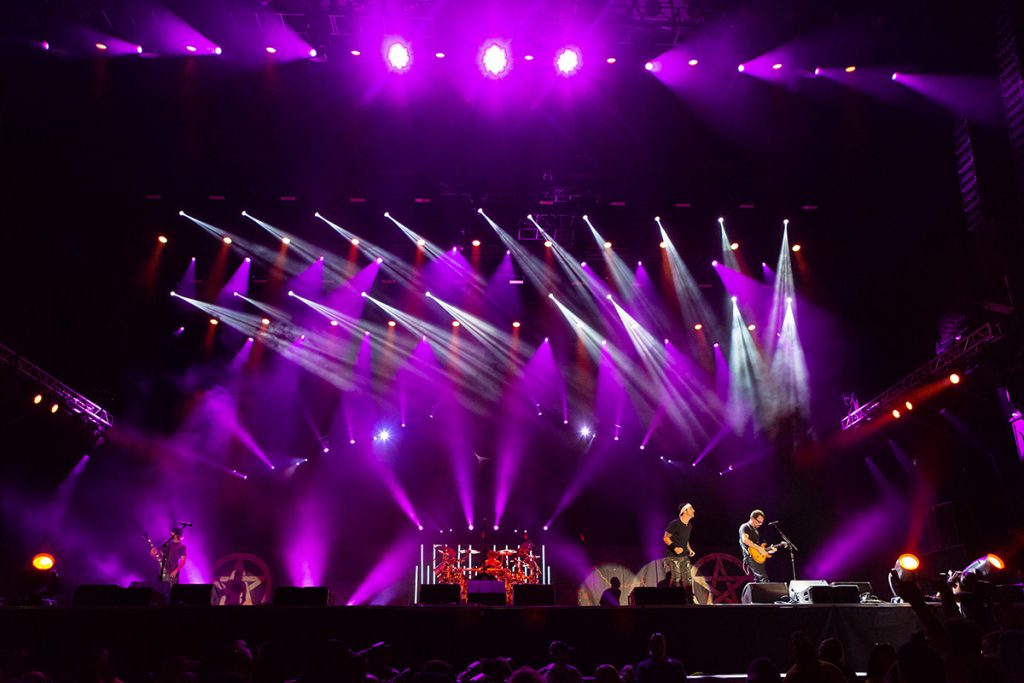