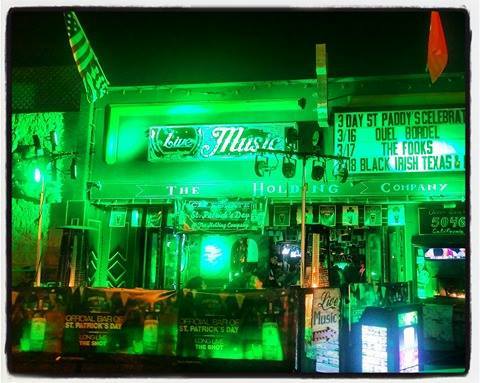 SAN DIEGO – Most of the fans who turned up at The Holding Company to hear a St. Patrick’s Day concert by the popular Irish band The Fooks were appropriately dressed in green. They weren’t alone. The well-known Ocean Beach music venue was also adorned in brilliant emerald, thanks to some imaginative lighting by Matt Collier and a collection of fixtures from CHAUVET Professional and CHAUVET DJ.

The touring LD for Brothers Gow, Collier took time off from the road to light the San Diego nightspot. He transformed its stage and exterior into a sea of green using Rogue R1 Spots and SlimPAR 64 par-style fixtures. “The Rogues and SlimPARs both render excellent greens, so it was pretty easy to create something that looked good,” he said. “It added to the spirit of the evening. Everyone wears green on St. Patty’s Day, but we got the whole building green, so it stood out.”

Collier positioned four of the Rogue fixtures on risers and used them for aerial lighting. “The output from the Rogues was great enough that I could give the stage a green glow with two of them,” he said. “At times, I would use the other two Rogues to create orange, so I had the green and orange of the Irish flag.” 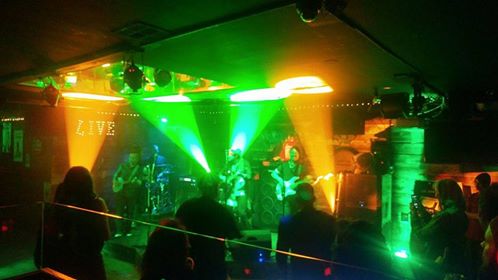 The 16 SlimPAR 64 RGB fixtures in Collier’s rig were used to wash the exterior of The Holding Company building in green.  “I put six SlimPARs on crank stands to the left of the building and six on crank stands to the right, and pointed them across the front,” he said. “This gave me optimal throw distance and even coverage. For extra coverage, I put four of the SlimPARs on the ground and used them as uplights on the front of the building.”

Lighting The Holding Company in emerald hues wasn’t the only green aspect of Collier’s St. Patrick’s Day presentation. Since the Chauvet fixtures were all LED, the lighting was energy efficient, which made the lighting display “green” from an environmental standpoint, too.