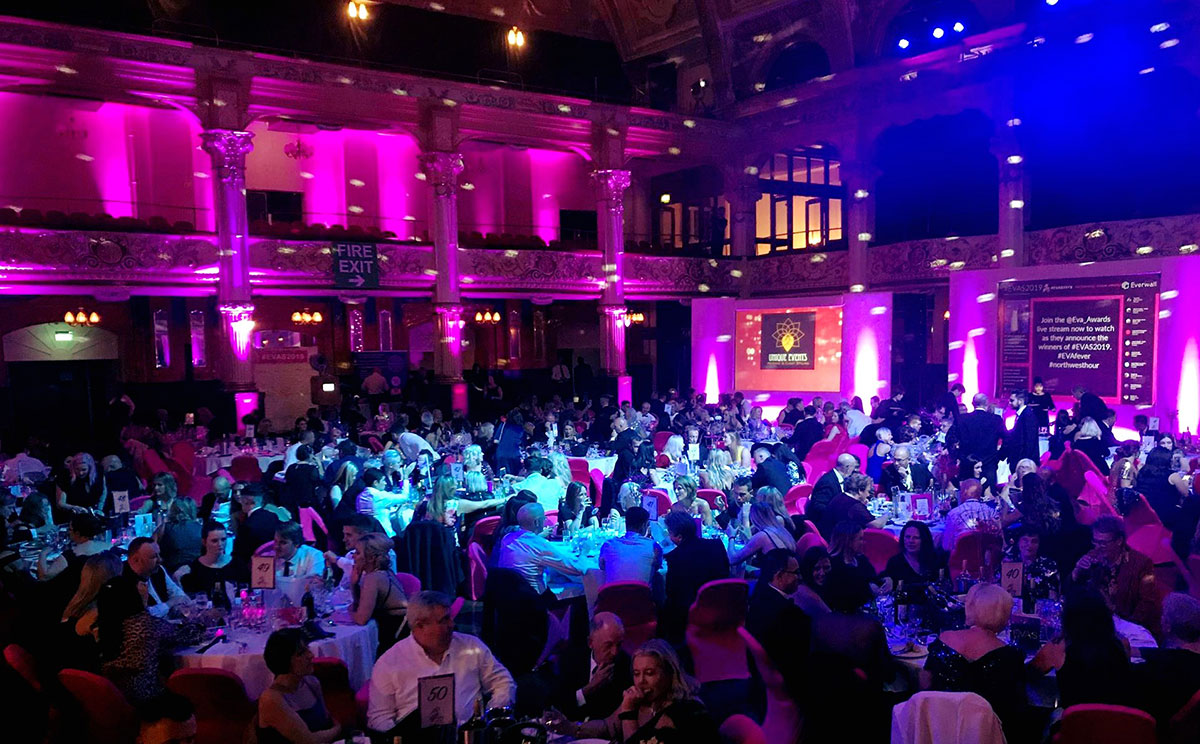 BLACKPOOL, UK – A Victorian jewel on the Lancashire coast, the stately Empress Ballroom provides an elegant setting for events. The 3,000-capacity venue also offers lighting designers a magnificent canvas on which to ply their art. Ollie Wilkinson of ArranPaul Audio and Lighting Design took full advantage of this recently when he lit the 2019 Enterprise Vision Awards at the century and a half old ballroom with a rig anchored by 22 CHAUVET Professional Maverick fixtures.

Drawing on the output, gobo capabilities, and zoom range of 14 Maverick MK2 Spot, and eight MK2 Wash fixtures, Wilkinson created an enchanting atmosphere in the cavernous room. “The thing about lighting the Empress Ballroom is that I like to let the venue talk for itself,” he said. “Once we start lighting the beautiful pillars, the extravagant ceiling, and other aspects, such as the balconies, the venue really starts to come to life!” 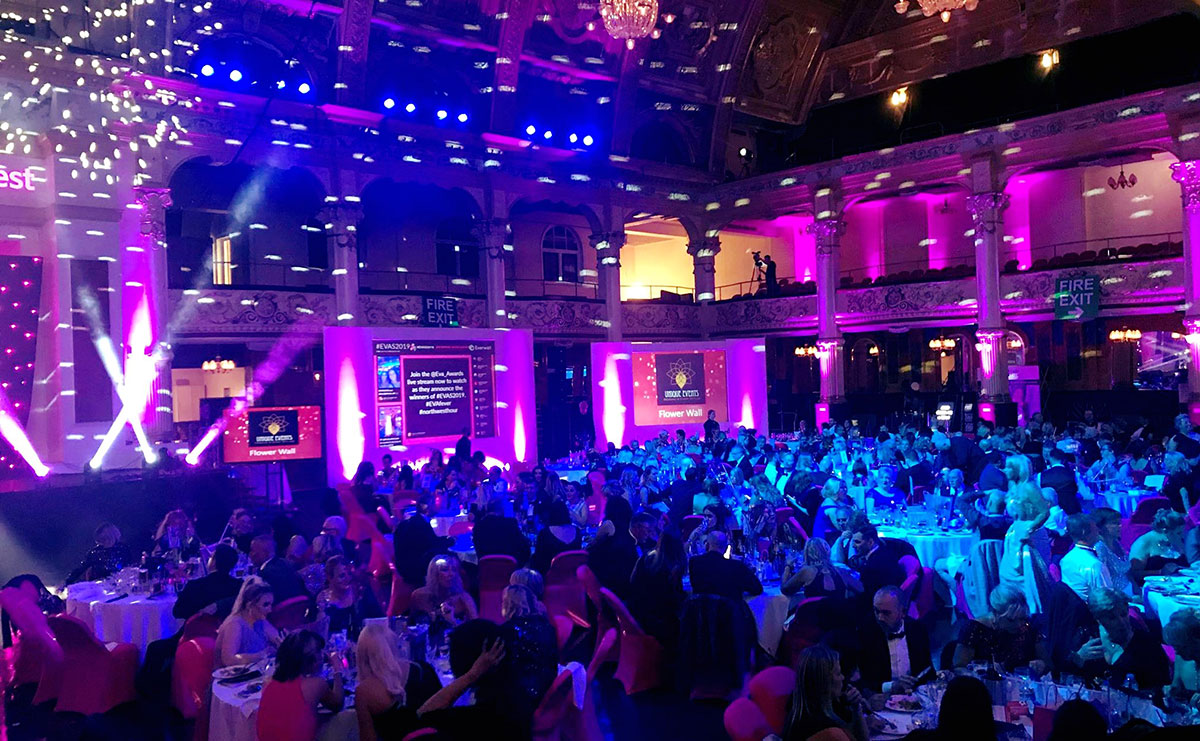 To ensure the large room was sufficiently lit from a whole manner of angles, the powerful 440W MK2 Spot units were positioned along a 16-meter long central trussing beam above the stage. While four of the Maverick MK2 Spots provided custom gobos for the stage and the venue floor, the rest of the units were used for the creation of star field gobos, projected magnificently throughout the venue, including on its high domed ceiling.

“I used the star field gobo effect to create an ethereal look within the venue; and it looked stunning to say the least,” said Wilkinson. “We also had four custom gobos for the main sponsor of the event projected onto the stage. The clarity and focus was second to none.” 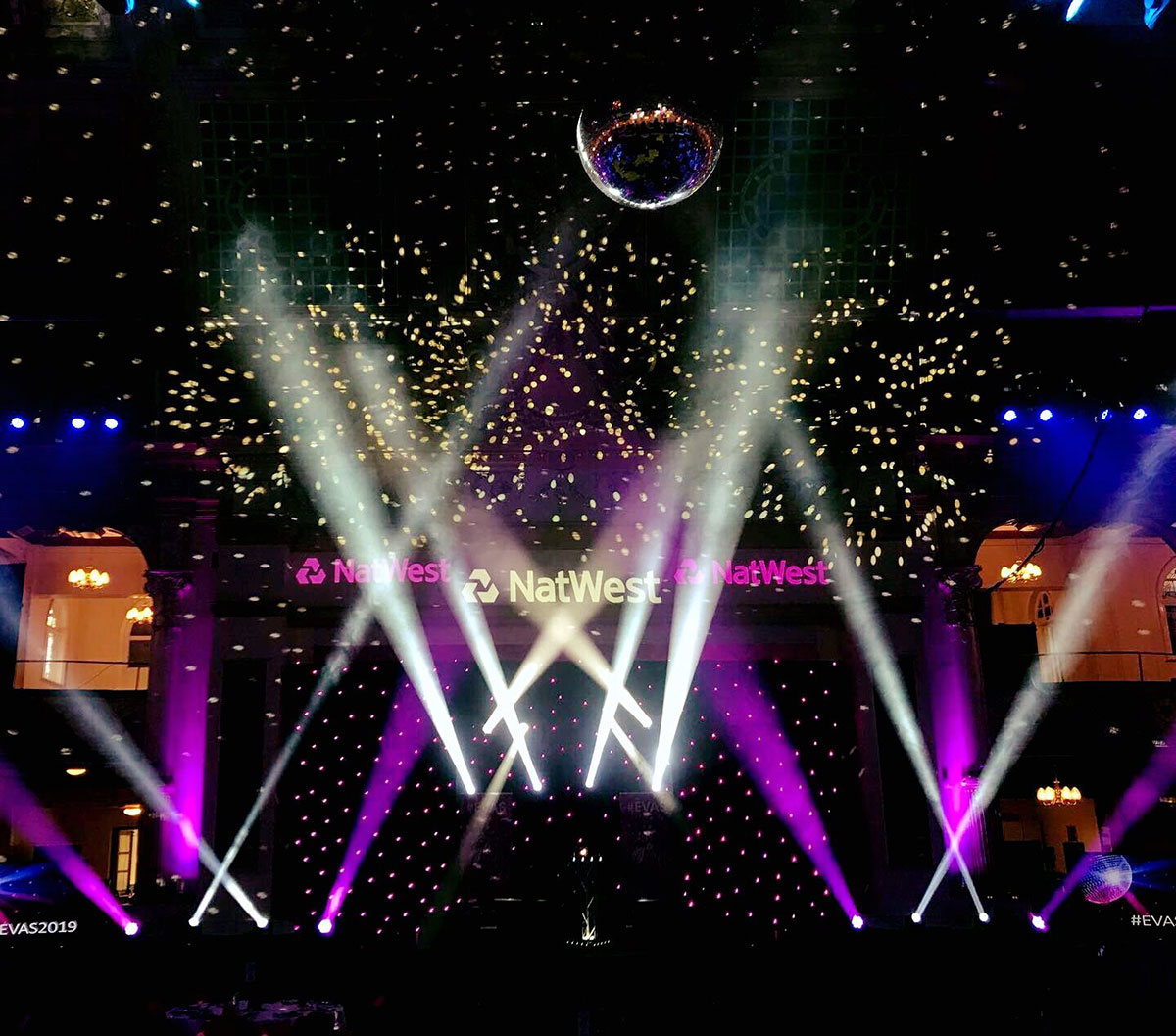 A further eight MK2 Wash fixtures were also positioned from the main trussing rig to wash the room and guest tables with saturated, atmosphere-inducing color. Given the height of the trussing above the floor, the fixture’s 7° – 49° zoom range came in particularly useful, allowing Wilkinson to highlight individual award winning tables with saturated color.

“I was able to position all of my MK2 Wash fixtures to hit the winning tables with tight zoom without light spilling over to neighboring tables,” said Wilkinson. “I also used three of these units to create a warm stage wash to welcome the winners, thus supporting the 21 awards categories with a warm and natural feel for the camera and video team.” 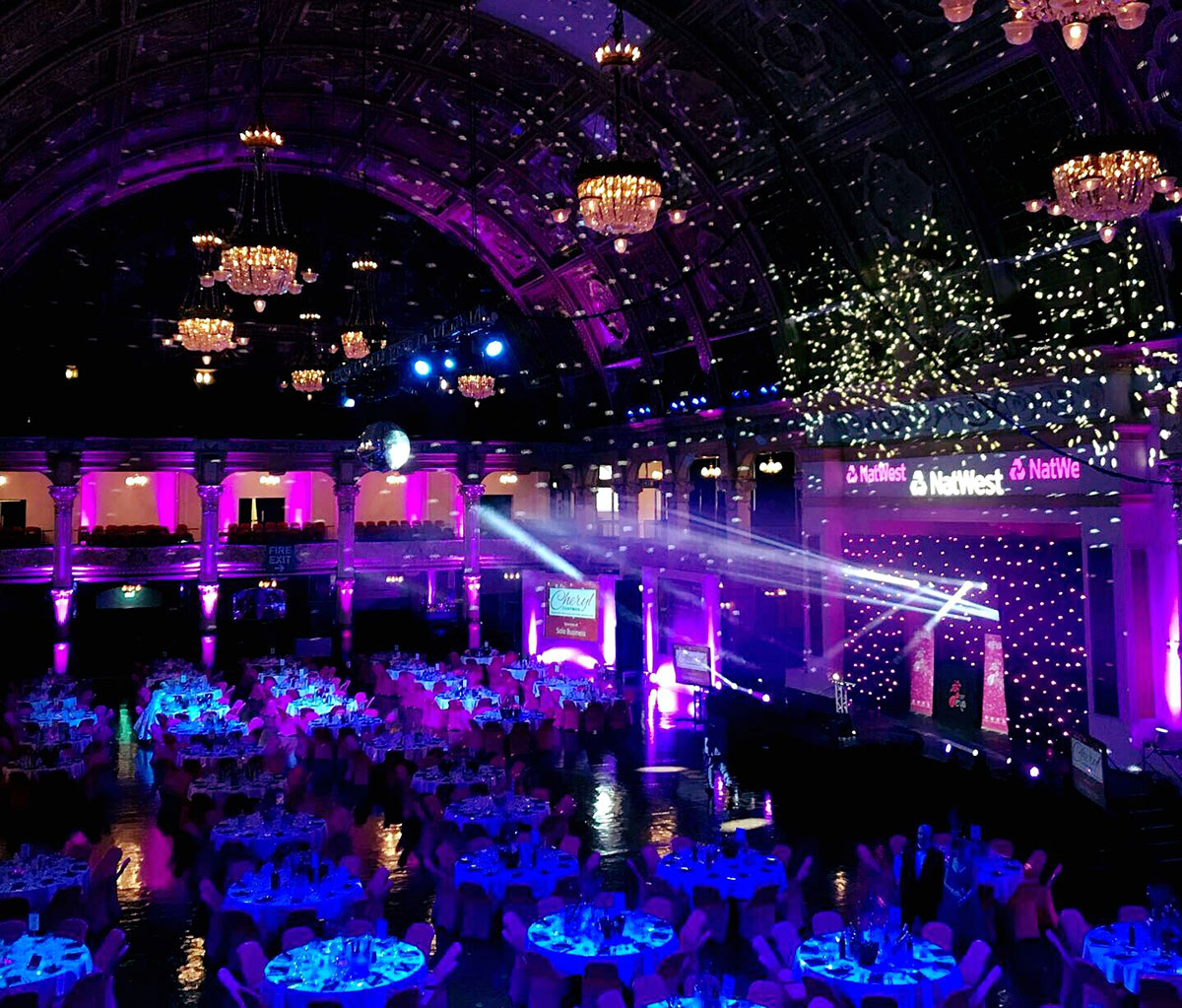 Wilkinson also used 40 Freedom Tri 6 units from CHAUVET DJ, positioned around the balconies to award the upper echelons of the venue with a warm and inviting visual atmosphere. Using DiFi wireless control units to run the fixtures, Wilkinson and his team were able to set up the entire collection of Freedoms in no time at all.

“The Freedom Tri 6 units gave us the added flexibility to blackout the balcony during video segments, and to create a colorful effect during the awards music which drew attention to the grandeur of the space,” concluded Wilkinson. “The overall effect was simply beautiful. It was a fitting celebration of the venue and the talented people within it!”