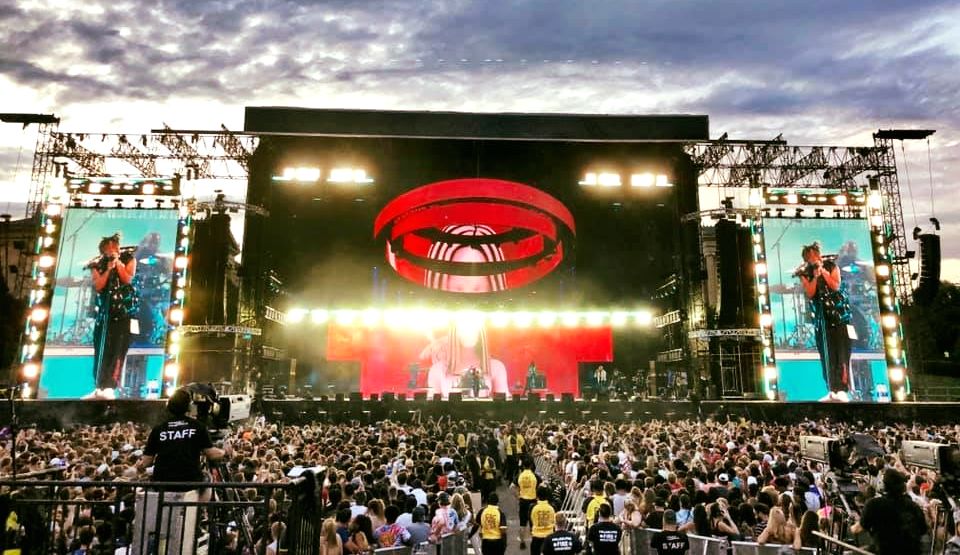 PHILADELPHIA – With its 400 lighting fixtures and video panels, the 103 universe main stage rig at this year’s Made in America festival packed an intense punch. That was very fitting, given that it was located at the foot of the “Rocky Steps” outside the Philadelphia Museum of Art. But like the famous underdog pugilist, the “Rocky Stage” rig drew its power from something other than size.

“This was our boldest rig yet, but ironically we used a little less gear overall this year than in the past,” said Patrick Dierson of The Activity, who oversaw production on this, and two of the festival’s other stages. “It’s never about the amount of gear you have, but what you do with it.”

What Dierson and his team “did” with their gear package, which included 68 CHAUVET Professional COLORado Solo Batten fixtures supplied by 4Wall Entertainment, was create a rig that immersed fans in the performances of stars like Travis Scott and Cardi B.

Dominating the rig was something The Activity team dubbed the “Oculus,” a dimensionally angled, three ringed overhead video/light truss structure that looked as if it were descending from another world. Also commanding attention were the massive vertically oriented video walls on either side of the stage. Dierson relied on the COLORado Solo Batten fixtures to tie these two powerful visual elements together, and endow the rig with much needed flexibility. 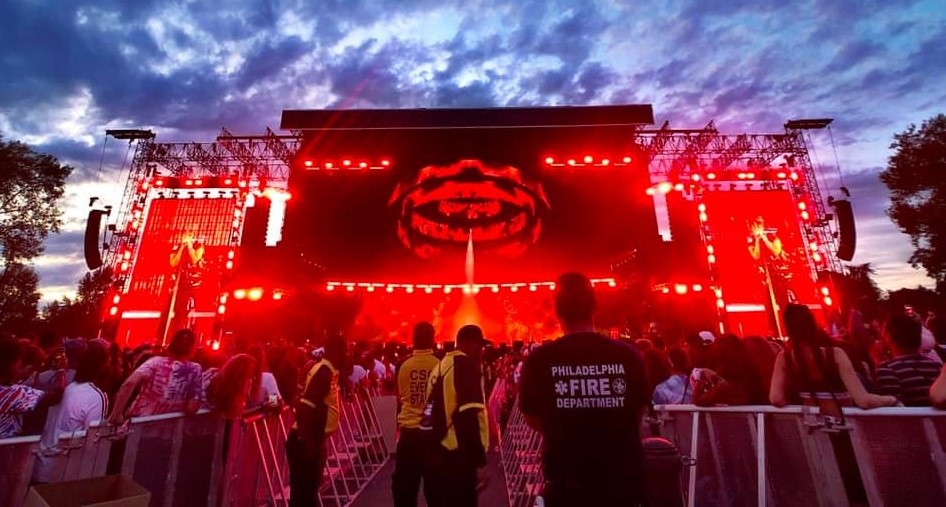 “The COLORado Solo Battens were the main source of eye-candy for the rig,” he said. “We mounted them 90 degrees out toward the crowd. They lined our portrait-oriented IMAG screens in addition to filling the stage space linearly. There are so many different things that could be done with them, from pixel mapping, to creating single homogenized washes, to controlling individual squares. This gave our visiting LDs a lot of options to create the looks they were after.”

Providing visiting LDs with this level of flexibility, while still creating a signature look for the festival, which is produced by Diversified Production Services, requires a delicate balancing act in Dierson’s view. “The ultimate goal is to create designs that have some sort of brand identity for the festival while still leaving room to accommodate the needs of guest artists,” he said. “The design must be both interesting and utilitarian.

“Believe me when I tell you that this is vastly easier said than done,” continued Dierson. “Trying to foresee the potential curveballs that headline artist teams may throw at you, or simply demand outright as a part of their contract, is something that can only be done after you’ve gained years of experience getting sideswiped by these things, and having your designs compromised at the eleventh hour. A flexible, reliable fixture like the COLORado batten is invaluable in giving you the ability to meet these challenges.”

Thanks to their brightness, the COLORado Solo Batten fixtures were able to stand up to the high output video and lighting elements on the Rocky Stage. “Our company is involved in a great number of festivals, so we’re always looking for IP65 rated equipment,” said Dierson. “Very often that choice comes with the price of losing intensity. With the COLORado Solo Battens there was no compromise. You really do get the best of both worlds, as these units are incredibly bright.” 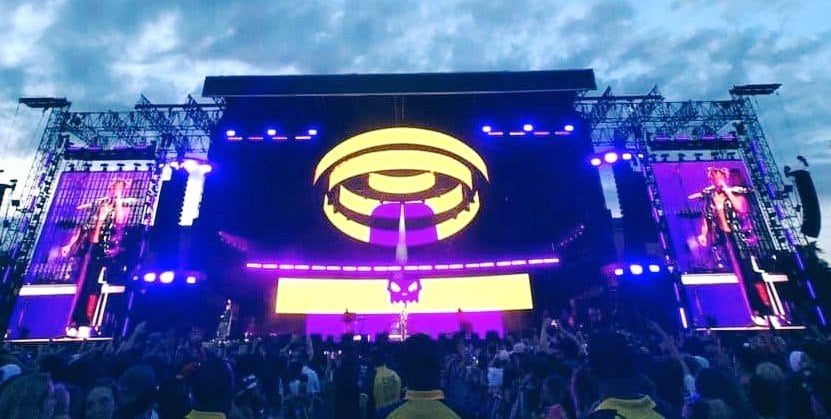 The COLORado Solo Battens were so bright that some guest LDs had to scale their output down as much as 30 percent for them read properly on camera. “That was once the sun went down,” said Dierson. “During the day, the LDs were glad to run them at full power, because all the horsepower really helped compete with the sun.”

Dierson also used 22 Maverick MK3 Wash fixtures on the second “Liberty” stage and eight units on the smaller “Freedom” stage. On the Liberty Stage, The Activity team wanted a “wash light workhorse that had the output to go with all the bells and whistles.” The Freedom stage was devoted solely to EDM acts, so the team wanted bold colors.

“I’m very appreciative that all three lighting directors from The Activity did great jobs handling all the stages,” continued Dierson. “This year, Justin Cheatham oversaw the main “Rocky” stage while David “Fuji” Convertino and Alex “Topo” Parayuelos handled the “Liberty” and “Freedom” stages respectively. We also got great support from 4Wall, led by our Account Representative, Bob Suchocki who worked closely for months with The Activity’s Project Manager for Made In America, John Ellar.”

A total team effort is absolutely necessary to the success of a festival like Made in America, which takes place in the heart of the USA’s fifth largest city. Every year there are steep challenges to meet when lighting the event’s stages. But like Rocky Balboa who tirelessly ran up and down the 72 stone steps outside the art museum, Dierson and The Activity team relentlessly pushed themselves to take things to the next level — regardless of fixture count.”