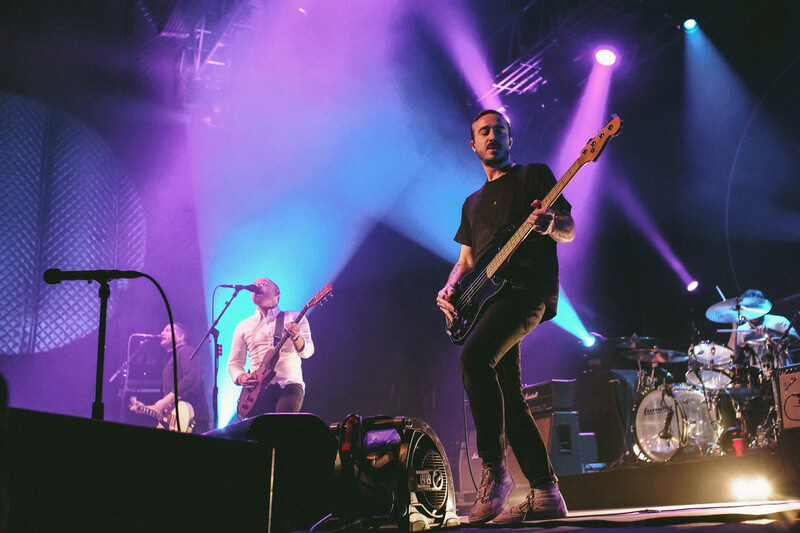 NEW YORK – Paul Siebert makes no bones about it: every night, as soon as punk rockers Menzingers strike the first snarling note in one of their Hello Exile Tour sets, he kicks his lightshow into fourth gear. “I really try to introduce a lot of energy into the room as early as possible,” he explained “This is a punk show at heart, so all the transitions between songs are really fast, and most of the band’s songs come out of the gate swinging. The earlier I can get the crowd moving, the better the show will be for everyone.”

Helping Siebert launch his show with supercharged ferocity is a collection of CHAUVET Professional Rogue fixtures supplied by Squeek Lights. With four Rogue R1X Spot fixtures on side truss and four Rogue R1 Wash units hung on pipe and positioned by the drum riser, he has plenty of firepower to cover the stage with intense colors and patterns, while also creating aerial effects. 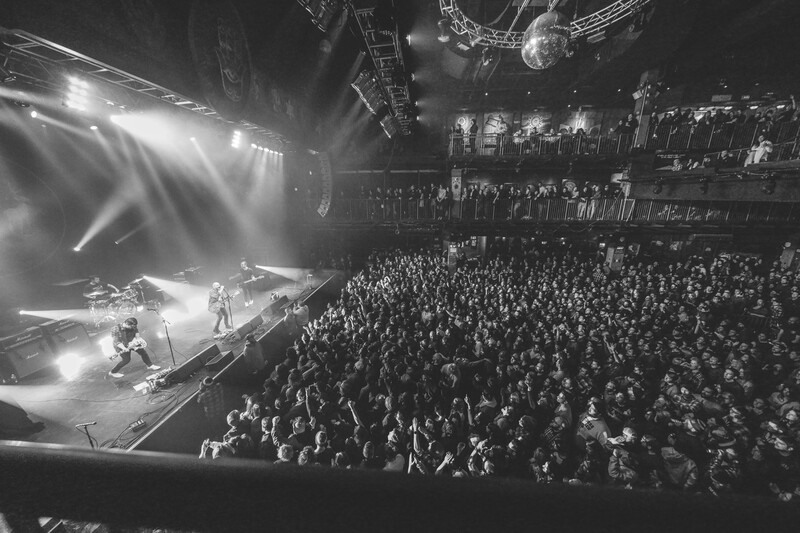 “Both of the fixtures are fast movers, and both have an intense output, which helps me convey the energy level called for by the music,” said Siebert.”The washes add a strong color to the upstage area, and when zoomed all the way in, they have a nice, tight look to them, which is useful for so many of the cross-stage effects. I leave the washes zoomed out in venues with sparse lighting in order to get a good coverage. The R1X Spots are often in white, or in one of the lighter colors of the palette. They dictate the main shape of most of my positions. I like the way their hard edge reflects my client’s sound and stage presence.”

When space is available, Siebert aligns the interior Rogue R1X Spot fixtures by his risers with two of this wash units. This configuration adds depth to the stage. “One of my favorite things, for the song ‘Last to Know,’ is to blend the bar gobo on the first wheel with the dotted gobo on the second,” he said. “If you get the focus right, and give it some rotation, those two make a really cool effect. 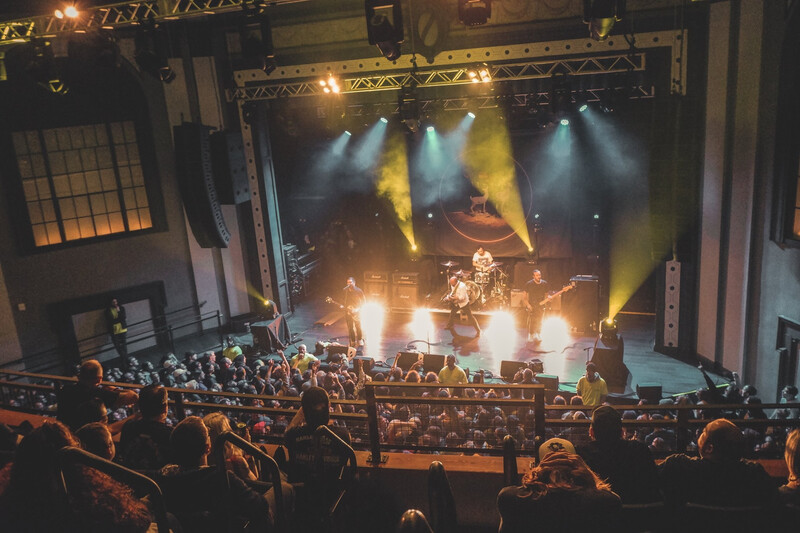 ‘I also do a lot of side lighting,” continued Siebert. “There is something about that three quarters light to shadow ratio on someone’s face that makes me nerd out. I try to give enough front lighting to see the faces of the band members, but not so much that it blows them out. Really, some of the best classic punk looks and photos stemmed from simple things. I want to carry that feel — the feel of a small punk club — into larger venues. My overall goal is to make people who have seen the Menzingers since the DIY years feel right at home, and newcomers feel a sense of excitement when they see our show.”

Adding to the sense of intimacy created by Siebert’s shows is the warm white light from his four CHAUVET DJ Shocker 2 panels. He makes especially effective use of these fixtures during singalongs, when he relies on them, along with wide zoom washes from his Rogue units, to light the crowd.

“Combining the incandescent feel from the Shockers with some solid upstage-to-downstage sweeps and bumps through the whole rig creates a classic punk feel,” said Seibert. “I’ve always been inspired by videos of shows like Motorhead’s Live at Rockstage, Thin Lizzy’s Thunder and Lightning tour, and Ramones Live at The Rainbow. This is a modern nod to those lighting designers – or, at least I hope so.” 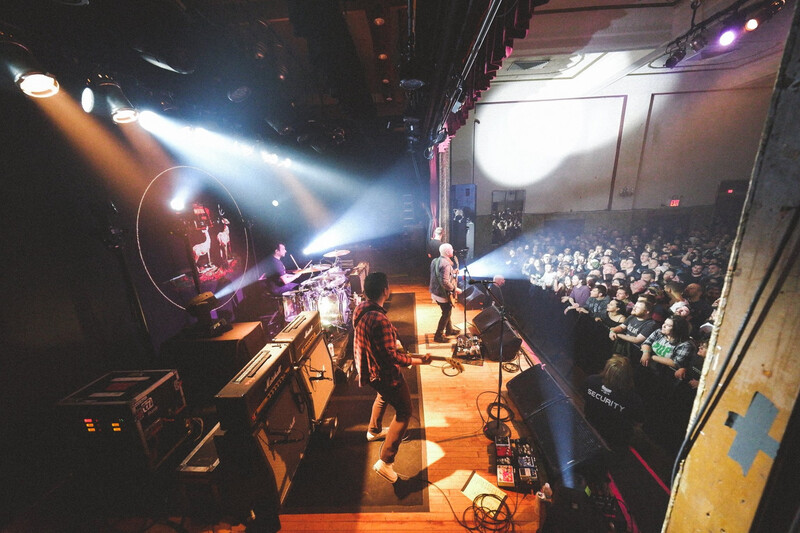 Although his show is steeped in classic looks, Siebert himself is relatively new to lighting design. His career began five years ago when a friend had him “run boards for a few par cans,” at Cat’s Cradle in Carrboro, North Carolina. He then became the house LD at the Ritz in Raleigh. Last August, the Menzingers met Siebert when they did a one-off. Impressed with his work, they asked him if he would like to tour with them. It was a chance he was happy to take!

Hello Exile is his first gig as a touring LD. And like his shows for the hard-driving punkers, his career is starting off, very fast.