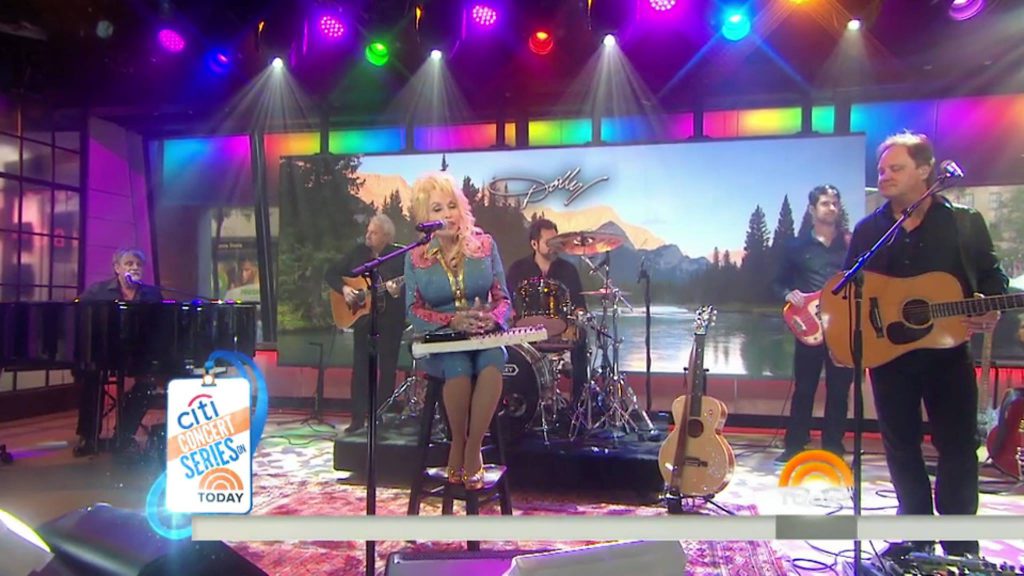 NEW YORK – Live performances by musical icons have become as much a part of the early morning routine for many in the US as warm muffins and hot coffee. A big reason why is The Today Show’s unbroken 21-year run of summer superstar concerts, the first series of its kind on morning network television.

The performances, which are now called the Citi Concert Series, have become so popular that NBC expanded them to a year-round format and moved them (at least some of the time) into an indoor studio at Rockefeller Center. Lighting designer Peter Greenbaum has marked the occasion by beefing up his concert rig to include nine CHAUVET Professional Maverick MK2 Spot fixtures, supplied by WorldStage.

Flown on upstage truss and positioned on the downstage deck, the Mavericks join an impressive collection of Rogue R1 FX-B fixtures (usually about 20) and Nexus 4×4 LED panels. “We’ve had excellent results with our other Chauvet fixtures, so when Drew DeCorleto of WorldStage showed me the Mavericks, I was ready to jump,” said Greenbaum. “These fixtures not only stand out, they’re also fun to work with.”

Greenbaum had plenty of opportunities to showcase the standout features of the Maverick MK2 Spot and enjoy their “fun” qualities the first time he used the powerful 440-watt LED moving fixtures on The Today Show for country icon Dolly Parton, who appeared on the program in support of her current Pure & Simple tour and album. Performing a mix of old and new tunes, Parton got the in-studio crowd going with a spirited rendition of her sing-along classic hit 9 to 5. The Maverick MK2 Spots responded, giving the studio an arena-style feel with their rapid pan and tilt movements.

“The Mavericks easily cut through the haze to project gobos with or without color at different times during Dolly’s performance,” said Greenbaum. “I positioned five of the units behind the performers and used them this way. They really made a nice statement.”

Greenbaum arranged the four other Maverick MK2 Spots on the stage deck and used them to create crossing patterns during some songs. “I love the versatility I got out of the Mavericks,” he said “The rotations and prisms gave me a lot of choices. I have to say, from a studio design standpoint, the two gobo wheels were a lot of fun.”

The spirit of fun was apparently contagious during Parton’s performance. As ebullient as ever after 43 solo albums (more than half of which have earned either gold or better status), the country star charmed the crowd and the show’s hosts, while Greenbaum’s lightshow helped everyone get caught up in the moment. All in all, it seems that The Today Show has raised the morning TV concert bar even higher. 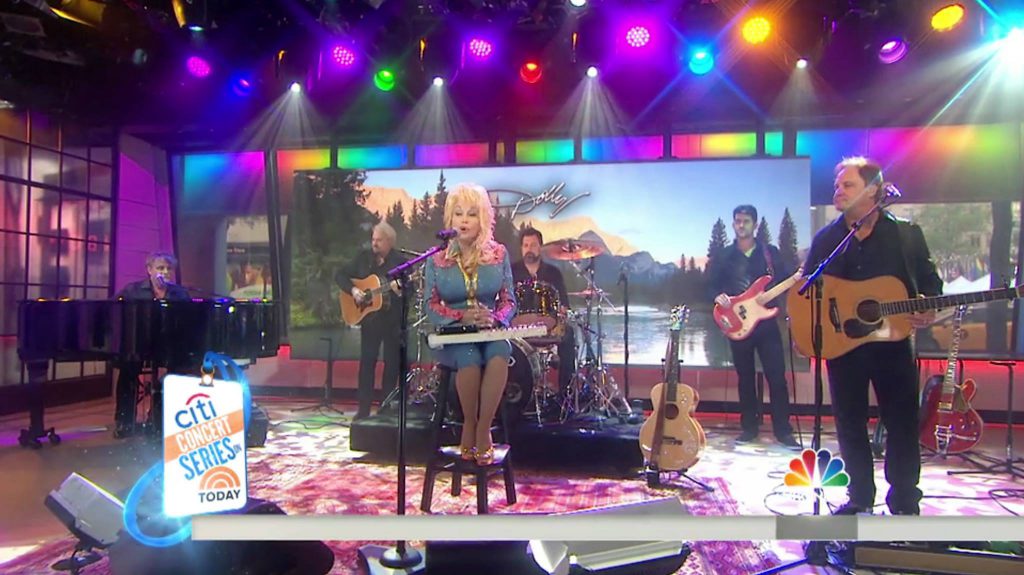