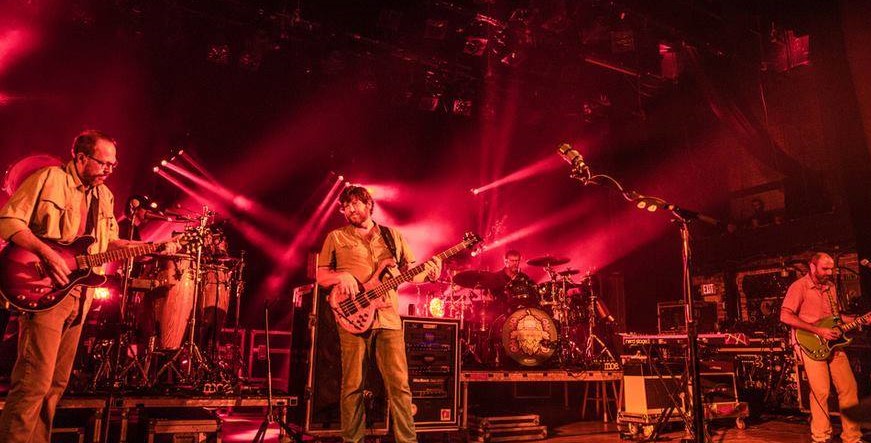 NEW YORK – People who go to a moe. concert thinking they know what to expect, have probably never been to a moe. concert before. The quintet from upstate New York epitomizes the freewheeling improvisational unpredictability of jam band music, as it reels off 10-minute riffs with casual ease and seamlessly moves from song to song with nary a break in between. No two moe. performances are ever alike, which is why so many dedicated fans (aka “moe.rons”) have been to 30…40…50… or more of the group’s concerts.

A show by band that’s original enough to incorporate a xylophone into its tunes requires a lightshow that’s unique, varied and very flexible. This is exactly what Justin Casey of Pulse Lighting has been serving up on the current US moe. tour with help from 12 CHAUVET Professional Rogue R1 FX-B fixtures, supplied by Main Light Industries.

Casey positions the 360° rotating moving fixtures (each of which has five independently controlled moving heads) three apiece on four upright truss poles that are spread evenly across upstage risers at most venues. “This is the Rogue R1 FX-B ground package that’s most adaptable,” he said. “We can use it at all of the different size venues we appear at. I want to put the Rogues behind the band, because it gives me some very great geometrical shapes and positions that I can use to capture all of the different twists and turns that the group takes throughout the show. We really get an endless variety of looks with this fixture.”

Adding to the variety of looks Casey created has been the Rogue R1 FX-B’s pixel mapping capabilities. “We did a lot of pixel mapping,” he said. “Combined with the individual tilting of the heads, it makes for some very dynamic effects when we need them. Really, there are so many options for different positions, you can always come up with new looks and hold back something, so you’re always introducing something fresh as the show progresses to keep things interesting.”

Also coming in for praise from Casey was the brightness of the Rogue R1 FX-B fixtures. Controlling his rig with a grand MA2 Light Console, the LD has four high output strobes, as well as 10 profiles and six washes, on his rig. At times, when he has his movers lighting air over and behind the band, he will sweep the stage with crossing patterns from his Rogue R1 FX-B units. In these instances, the intense Rogues have no trouble making their presence felt.

“The Rogues are very bright lights, which really helps at some venues,” he said. “We never worry about them getting overshadowed by other fixtures. The rig we have for this tour is really well blended; everything works together regardless of which direction we push it.”

Working together smoothly even when moving in new and unexpected directions has been a trademark of moe. On this tour it’s an apt description of their lightshow too. 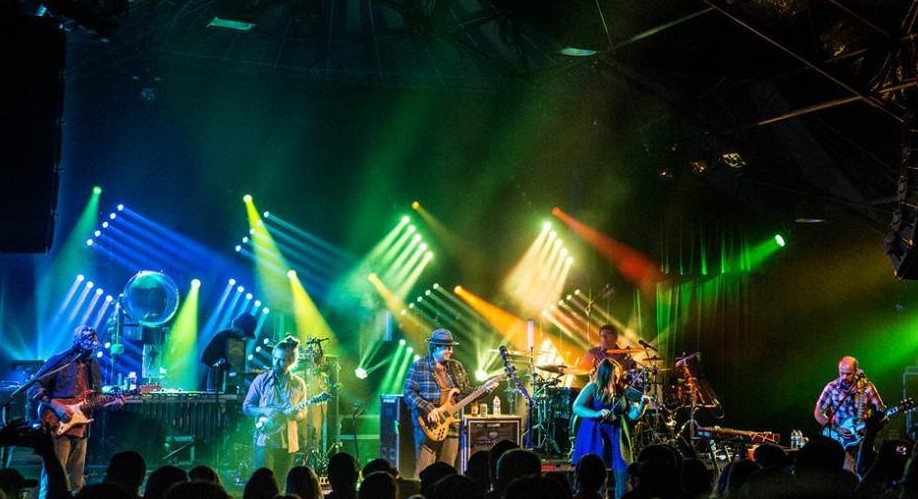