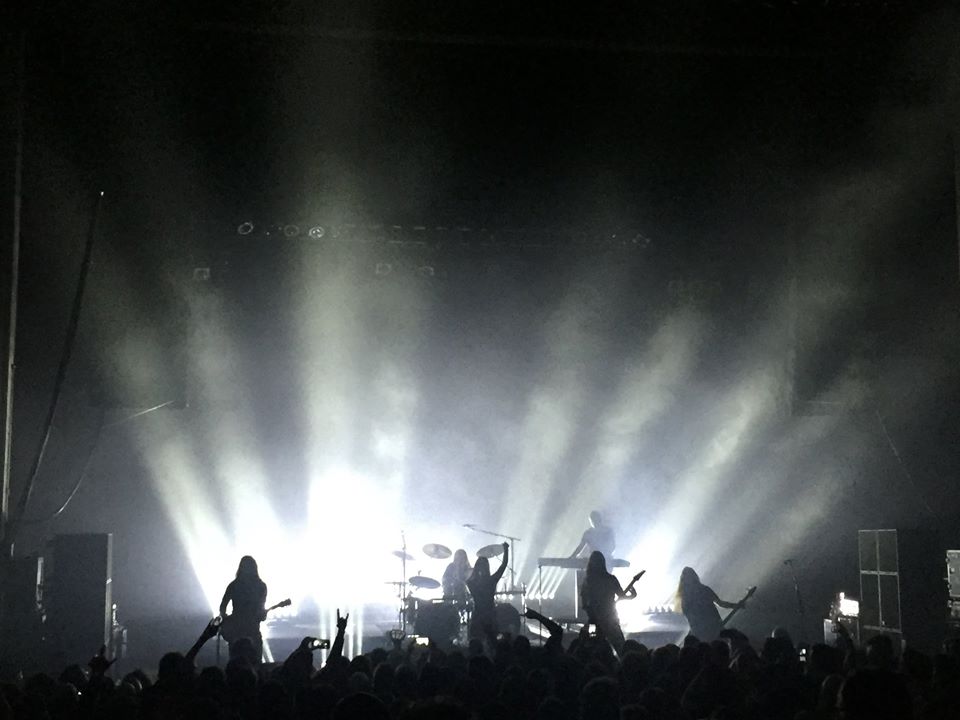 SUNRISE, FL – A metal band that’s recorded hits with names like “Cry For The Moon” doesn’t normally cover music written by the likes of Antonio Vivaldi, Antonín Dvořák and Giuseppe Verdi, but then again, nothing about Dutch sensation Epica can be described as “ordinary.” In addition to performing the works of these and other classical composers, the six-member band has put its own fresh, original and totally captivating metallic symphonic spin on music from films like Star Wars, Spider-Man and Pirates of the Caribbean.

Having risen high on the charts in their native northern Europe, where they perform at large capacity venues, Epica has nevertheless retained a fearless desire to pursue new forms of expression. This was very evident in their latest North American tour, which concluded in early December, not just in their music, but also in their lightshow.

Erwin Van Lokeren, who has been the band’s LD and set designer for ten years, created a seemingly endless variety of different looks for every song the band performed during their 22-city tour, using a compact — yet creatively fertile floor package — that included four LED strobes and 12 CHAUVET Professional Rogue R1 FX-B fixtures supplied by JDI Productions. 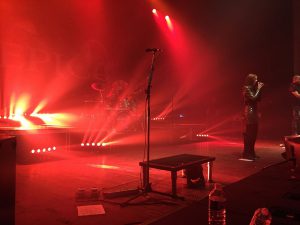 “My ambition is to give each song a new look, so I can reflect the band’s musical spirit in light,” said Van Lokeren, who closely collaborates with two of the band’s members, Coen Janssen and Isaac Delahaye, on creative ideas.  “I use only two colors when lighting a song. When you have too many colors in a song, you can fall into a trap that makes the lighting for the next song look unoriginal or uninspired, because you wind up repeating the same colors. There are a very few times when I will have three closely related colors in a song, but that is the rare exception. Almost always, it’s only two colors, so each song has its own signature look.”

In place of multiple colors, Van Lokeren often relied on variations in movement to impart a sense of uniqueness to the lighting for each song. The Rogue R1 FX-B fixtures, with their five independently controlled moving heads and 360⁰ rotation, provided him with a powerful tool for varying movements.

“With 12 fixtures each having five moving heads, I essentially had 60 lights to move around,” he said. “Controlling each head individually gave me a great many creative options. I was able to cover the stage with some very original looks.”

For some songs, Van Lokeren would use the Rogues to create a tranquil wave down fold. Then he would point the fixture’s moving heads upward, creating beams that shot up between the band members. At other times, he would use the fixtures as spots to highlight particular musicians. Alternating tilts and pans at different speeds, he was able to endow the stage with an ethereal look.

Unlike in Europe, where Epica plays larger arenas, the North American tour stops tended to be at smaller venues. Consequently, Van Lokeren had to adjust his rig to account for different stage configurations. “I had one main design before we went on tour,” he said. “We had a pretty big riser and positioned six Rogues behind the band and six in front. The Rogues behind the riser were on a deck with the strobes behind them, creating a shadow effect. The Rogues in front were on the floor. But there were stages where we had no space, so we positioned the Rogues to the left and right and created some interesting crossing effects.”

Throughout it all, Van Lokeren continued to punt, matching every thunderous crescendo of this symphonic client’s music with a burst of lighting from his tightly designed rig. “I operated my own board throughout the tour,” said the designer, who uses a ChamSys MQ 60. “Even in Europe where I also design the sets for the band, I operate my own board. I feel it is very important. I know the music inside out; I know all the breaks and all the cues, so I hit the lights at the right time to reflect the music.”

Lighting, in Van Lokeren’s view, is woven tightly into his client’s music. Creatively, he approaches his work as if he is part of the band – and for this tour, he had some very cool instruments to play with. 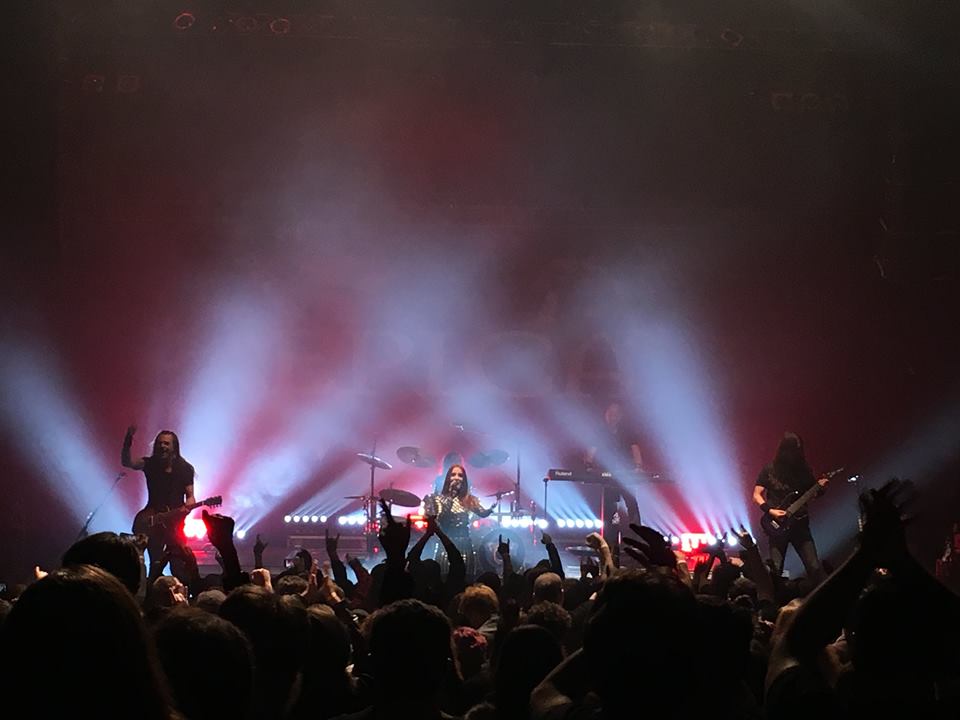