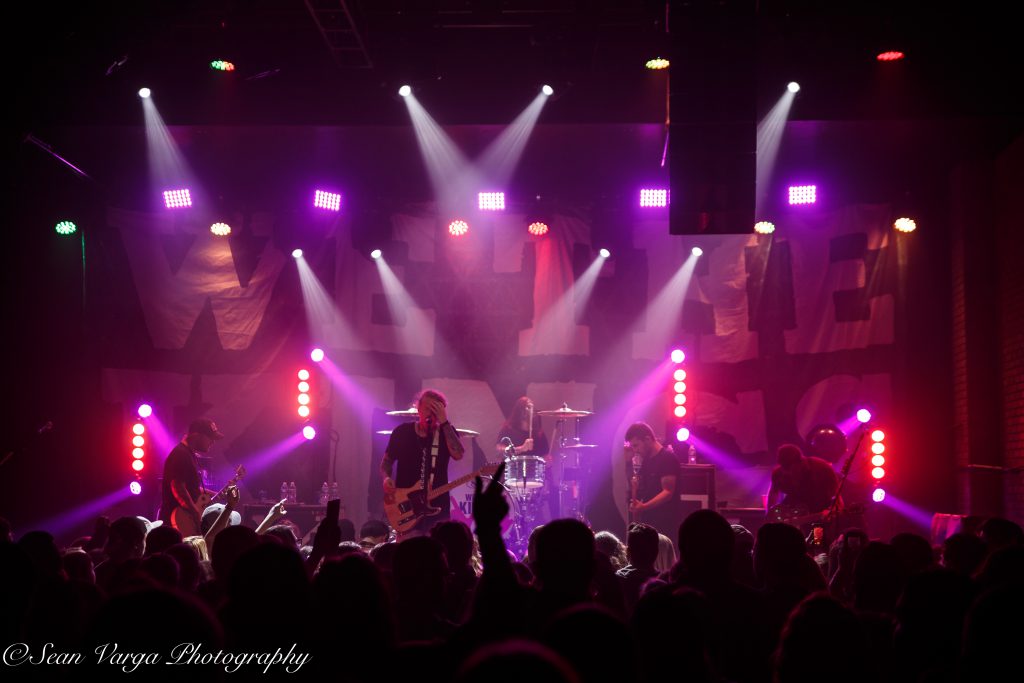 NEW YORK – Like a warm summer breeze, the music of pop punk pioneers We The Kings has always been reassuring, pleasing and tinged with a sense of expectation.  Beginning with their platinum breakthrough single “Check Yes Juliet,” on through “We’ll Be A Dream” (with Demi Lovato), the band has served up some of the most memorable let’s journey forth together love songs for the generation that came of age with the internet. True to this breakaway spirit, We The Kings has set out on the road to celebrate the 10th anniversary of its debut album with an ambitious 37-city tour that began in Nashville on February 17th and will wrap up at the Slam Dunk festival in the UK. Traveling with the band on the US leg of this journey is a versatile road-friendly rig from New York-based Squeek Lights that is made up almost entirely of CHAUVET Professional fixtures.

“We designed a compact, versatile, and impactful rig that would fit into all of the venues the band was scheduled to play and was also very roadworthy,” said Steve Kosiba, the Squeek Lights lighting designer who created the show.  “We fit the entire rig in the band’s trailer for transport across the country. The only things in our rig that are not Chauvet are a haze machine and our controller.” 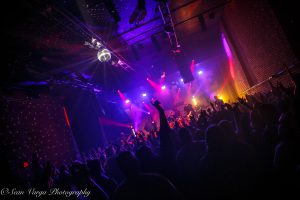 The fixtures in the We Are Kings US rig include Rogue R1 Washes and Nexus 4×1 4-cell COB RGB LED units. Kosiba positions the fixtures on two 6’ and two 8’ vertical pipes on stage. “We have two Rogues and one Nexus fixture hung straight out on each pipe,” he said. “The lightweight and compact size of the Rogues makes it easy for one person to hang them straight on the pipes, which is very important when you are doing as many shows in as short a period of time as we are doing on this tour.”

Kosiba also positioned a pair of Nexus 4×1 units stage left and stage right for side lighting. Together, the fixtures flown on the truss and the side lights give him the flexibility to adapt his road rig to a wide range of venues, which include The Troubadour in Hollywood, Hard Rock in Las Vegas and the Marquis Theater in Denver, as well as smaller venues. 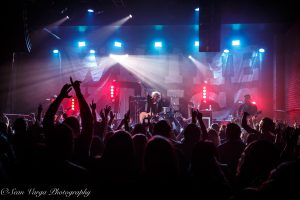 “The R1 Washes and the Nexus 4x1s allow us to provide a rig that can fill smaller rooms on its own, yet also stands out in larger rooms with a lot of house fixtures,” he said. “The fixtures are giving us just enough without being too much.  Since some of the venues the band is appearing at have low ceilings, we wanted a compact fixture with a wide beam angle and zoom range.”

Kosiba is also relying on the color rendering capabilities of the Rogue R1 Wash, which is powered by seven RGBW 15 W Quad LEDs, to reflect different moods during the concert. He uses the fixtures to effect some sharp color changes during the performance, going from bright reds to lavenders, to reflect different emotions evoked by the group’s songs.

We The Kings is playing their entire debut album on the tour. To keep his lightshow varied and interesting, Kosiba is changing up beam angles. He also uses his lighting to accent the grunge-looking banner backdrop that’s being used on the tour. “We The Kings was looking for an impactful, active rock show,” he said. “The Rogue and Nexus fixtures allow us to deliver this in a trailer-friendly package that is very reliable.” 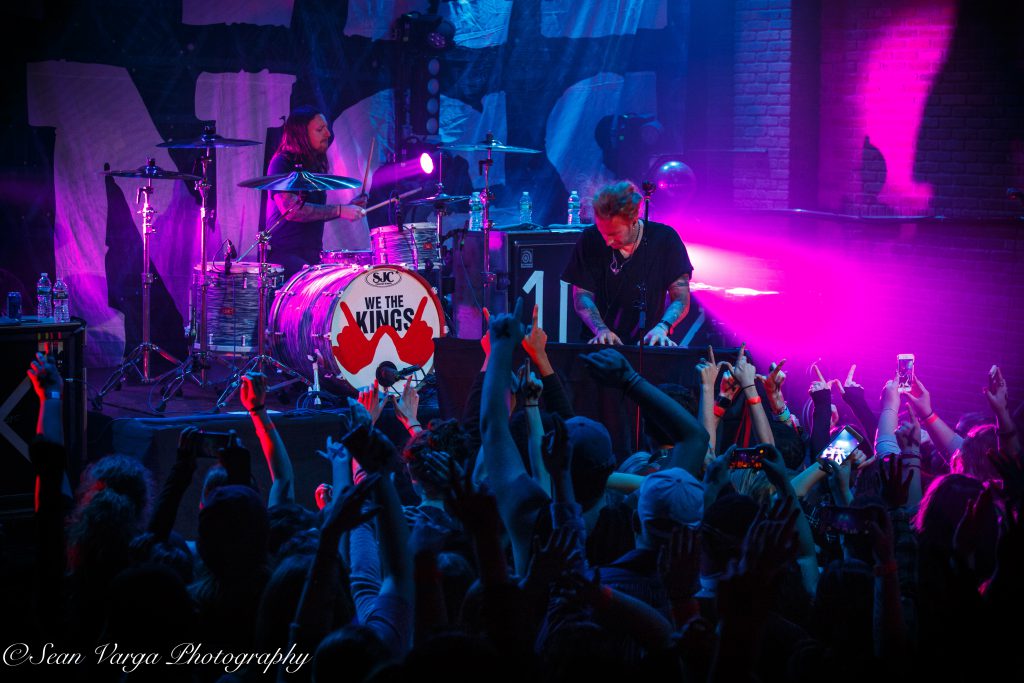 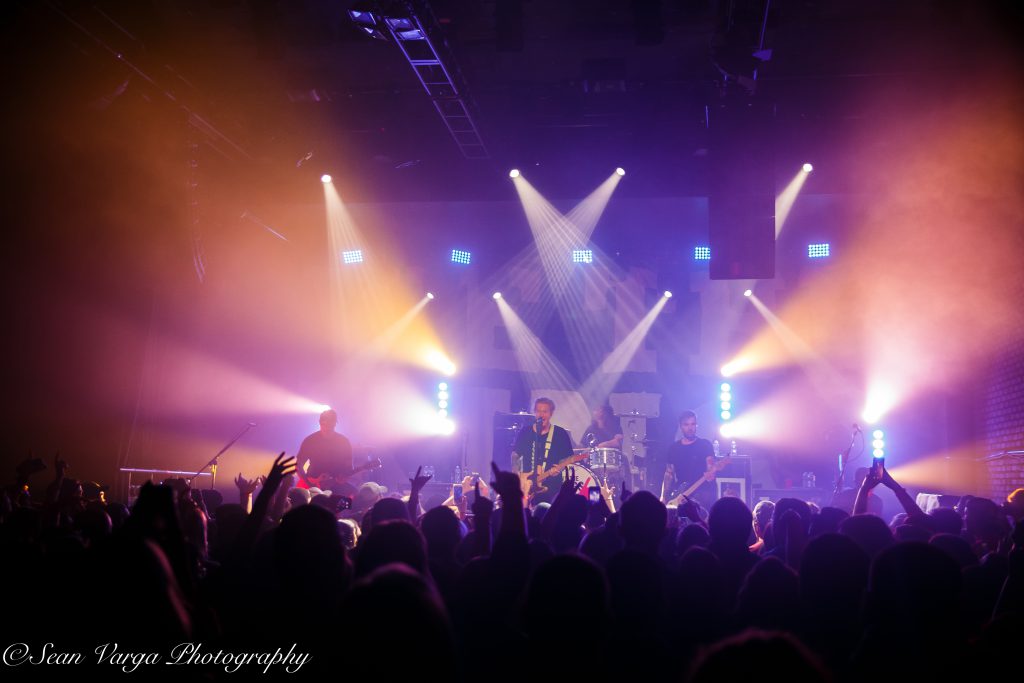 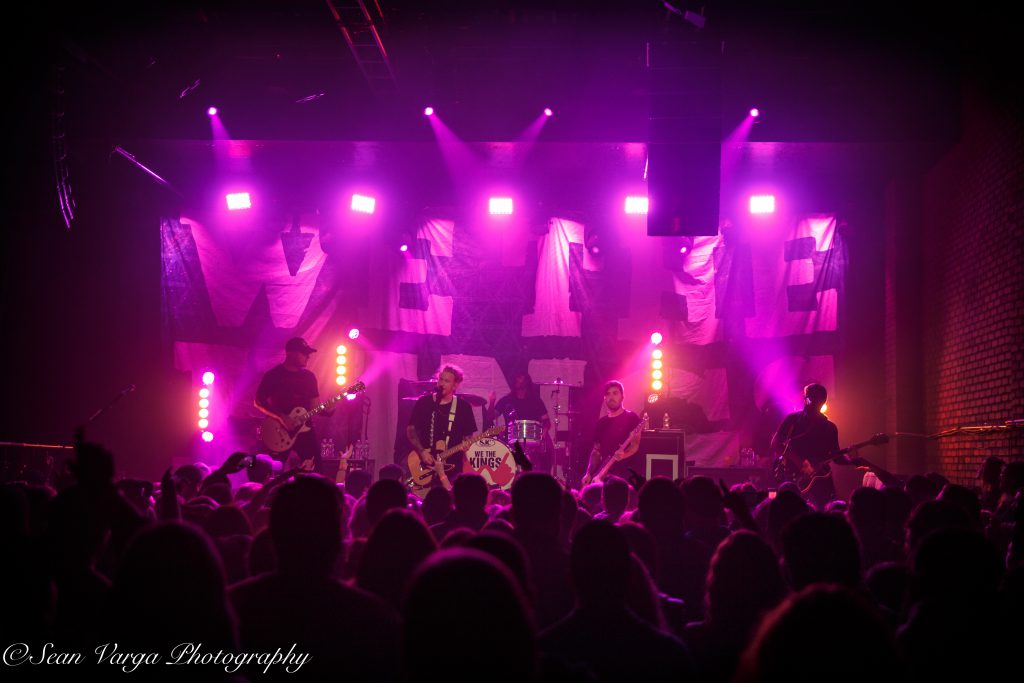 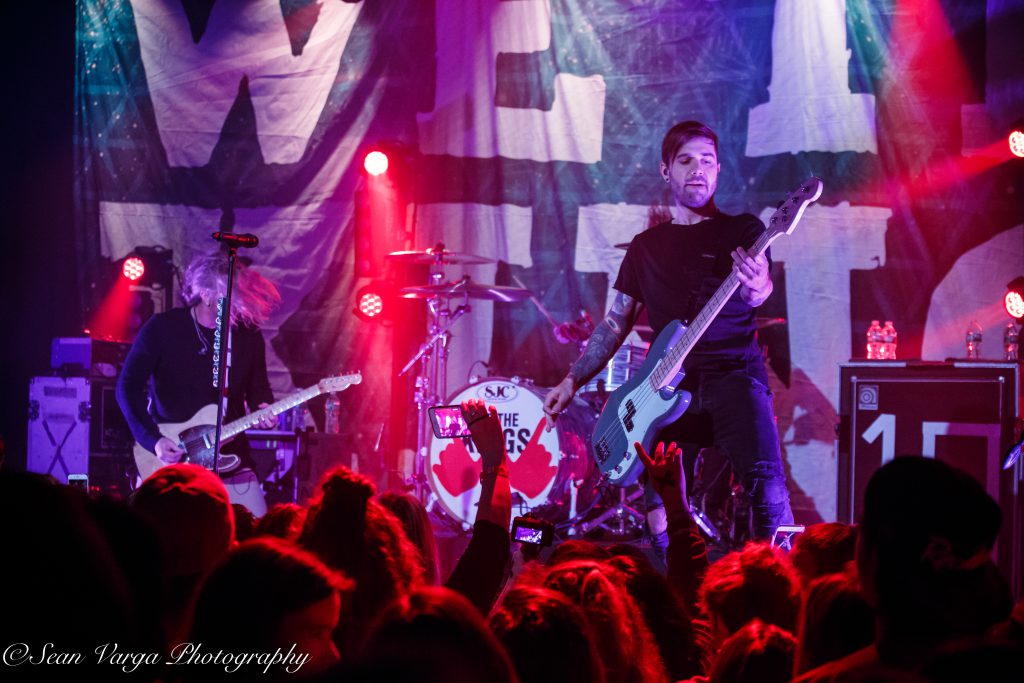