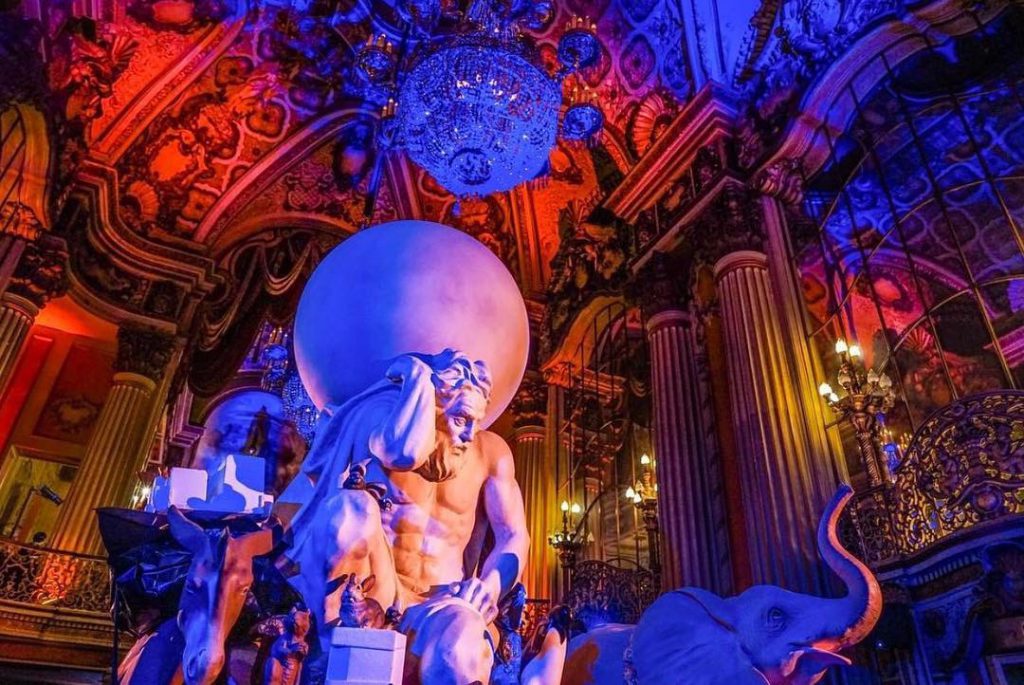 LOS ANGELES – For one night late last month, the stretch of Broadway between Third Street and Olympic Boulevard in downtown LA, glittered just as brightly as its New York City counterpart, 2,831 miles to the east, as the City of Angels celebrated the third annual Night on Broadway Festival.  The dazzling lighting display that covered the seven-block area was created by Sohail e. Najafi of Najafi Design Group, supported by a team of nine lighting directors, using an impressive rig supplied by 4Wall Entertainment Lighting of Orange County, CA, for interior venues, and Aspect Lighting of Santa Fe Springs, CA, for exterior stages. 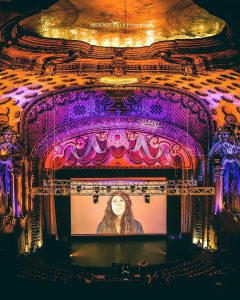 Unlike Manhattan’s Broadway, where the focus is on traditional theatrical stage shows, the Los Angeles event celebrated the rich tradition of this historic downtown neighborhood with a music and art driven festival that took place inside most of its landmark theatres, as well as three outdoor festival stages. Providing dramatic uplighting for these historic architectural marvels, and adding visual pop to the stages respectively, was a collection of WELL Fit and pixel mapped Nexus 4×4 fixtures from CHAUVET Professional.

Najafi used 72 WELL Fit fixtures to uplight three key theatrical venues during the one-night festival. Half of those fixtures were deployed at the Theatre At Ace Hotel in the heart of the Broadway district. The Spanish Gothic-style 1,600-seat theatre, which was built in 1927, hosted a video art exhibition, as well as an EDM concert headlined by ambient music maven Tim Hecker.

Setting an appropriately transcendent mood inside the theatre, the battery-powered RGBA fixtures bathed the walls in deep rich complementary colors. Light from the WELL Fit fixtures easily reached the 35’ high ceiling inside the theatre’s main lobby, thanks to their substantial light output. Also notable was the utilization of the WELL Fit’s compact format.  Najafi’s team placed and hid several fixtures directly onto and into coves and contours of the Ace’s detailed architecture, allowing for specific illumination and feature of the spectacular detail within the space. 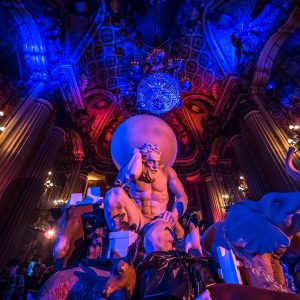 An additional 24 WELL Fit fixtures were positioned inside the Los Angeles Theatre, where IAMSOUND Studio staged a show of music, dance, and visual art. Modelled after the Hall of Mirrors in Versailles, the theatre is one of the city’s most opulent landmarks, with its lavish grand staircase, Corinthian columns, gold brocade drapes and cathedral ceilings throughout the main and upper lobbies, as well as the main theatre.

Again taking advantage of the WELL Fit’s compact size, Najafi’s team  “positioned 12 of the 24 WELL Fit fixtures on the top of the box office booth to accent the intricate details of the Los Angeles Theatre’s ceiling,” said Najafi. “The effect was beautiful and dramatic, yet still elegant since we were able to create soft key colors to temper the saturated highlight colors employed. This would not have been possible to accomplish without a battery-powered fixture that had a good color rendering and sufficient light output. The ease of deployment of the WELL Fit fixtures, coupled with their solid output and incredible cost-effectiveness, enabled us to do things we never could traditionally do with our limited load-in time and project resources. Being able to drop, program, and focus them in a flash helped expand our design and expedite the load-in immensely.” 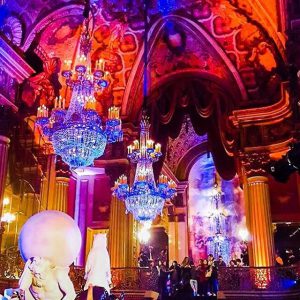 On the subject of battery power, Najafi noted that the WELL Fit fixtures had no problem outputting light for the entire seven-hour festival. “The fixtures performed flawlessly throughout focus, as well as the event itself,” he said. “There weren’t any battery failures that I was aware of. They performed much better than some of the cheaper products we’ve tried in the past.”

Najafi especially appreciated the color rendering capabilities of the WELL Fit units. “Our goal with the uplighting was to accent the very aesthetically pleasing architectural elements of these historic buildings,” he said. “Choosing the optimal colors for each structure was an important part of this process. We went with a lot of deep blues, rich ambers and soft lavenders. These colors tended to bring out the inherent beauty of the architecture, while adding a touch of spectacle to better engage our audiences.” 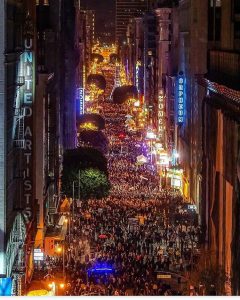 On the outdoor stages, as well as along a one-block stretch of the main festival area, Najafi used Nexus 4×4 panels to engage audiences in a different way, by creating intense eye candy and wash effects to complement the punchy variety of moving fixtures in his rigs.  “It took a team effort to make our designs work on the stages and at the theatres,” he said. “A lot of credit goes to my festival lighting directors:  Johnny Garofalo, Vincent A. Sanchez, Kevin Vasquez, Alyssa Champo, Joey Guthman, Phillip Powers, Geoffrey Galper, Matthew Bakken and Aaron Paustian. Of course, I also owe thanks to our vendor project managers, Kyle Swatzell of 4Wall and Side Khera of Aspect Lighting, who both provided excellent gear and service throughout the project.”

Teamwork becomes more important at the Night on Broadway festival each year, according to Najafi, who oversaw nine stage designs along with general lighting over an area stretching one mile in length. “When I worked my first Night on Broadway festival three years ago, we drew 15,000 people. Last year it was 50,000, and this year it’s over 75,000. It makes you feel good to showcase the wonderful historic buildings in this area to so many people.” 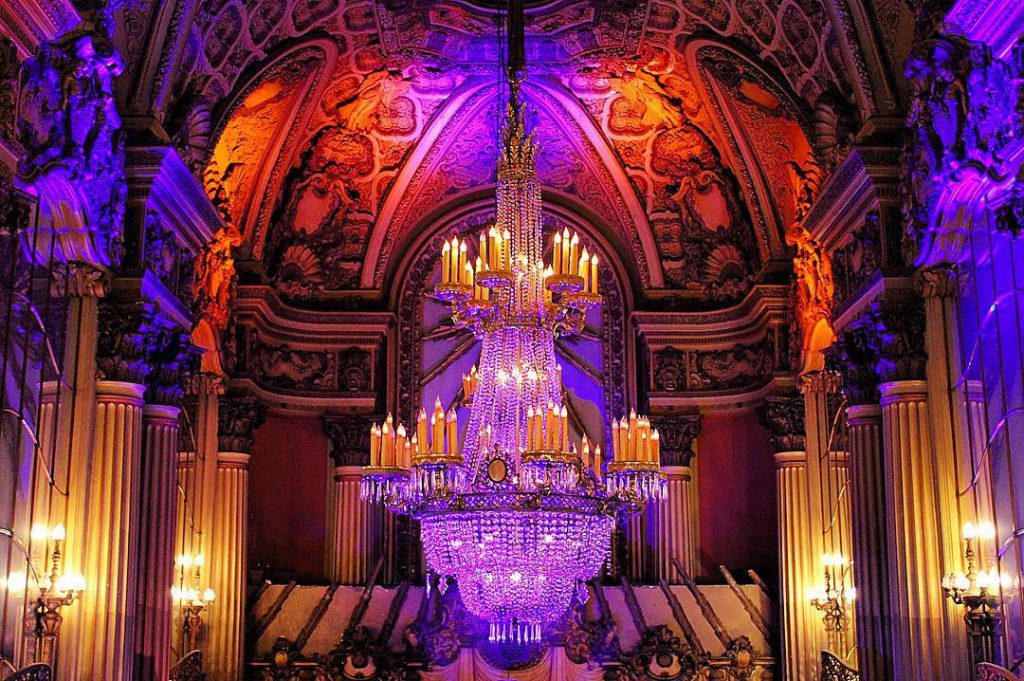 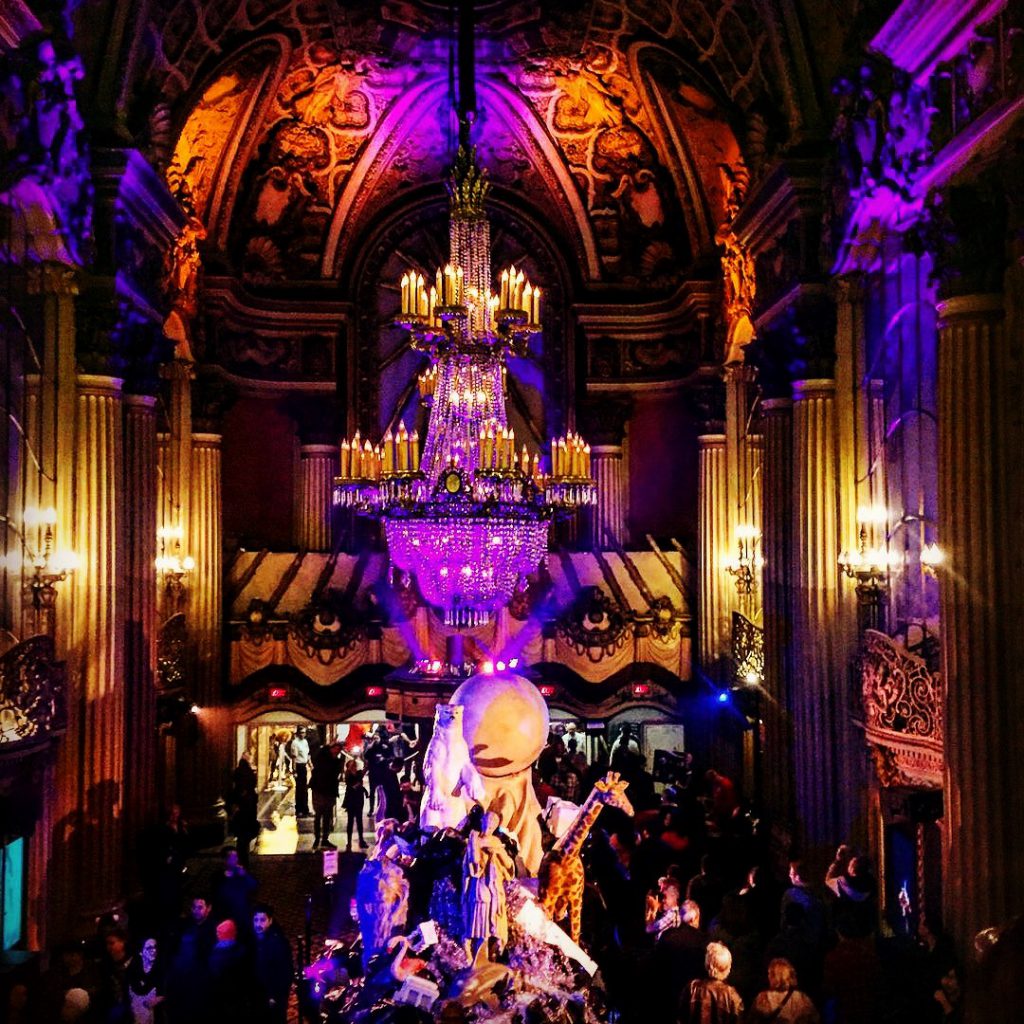 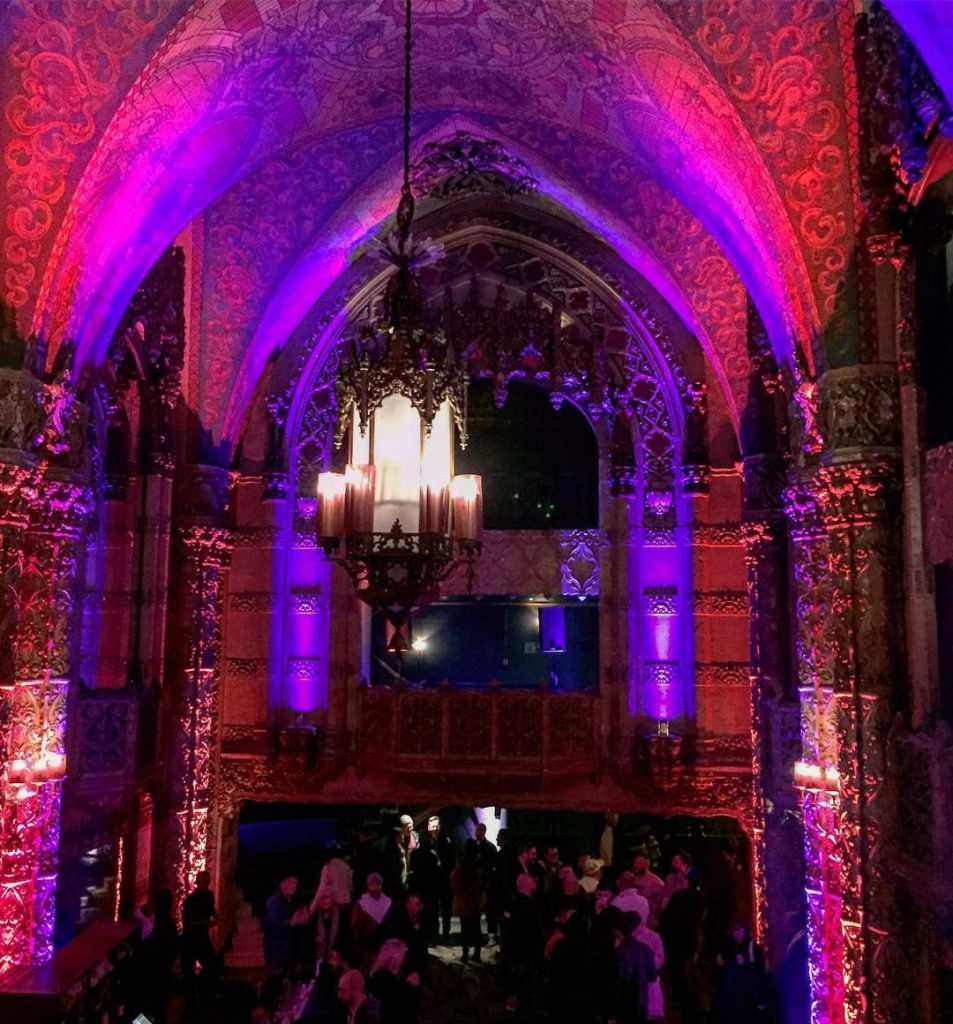