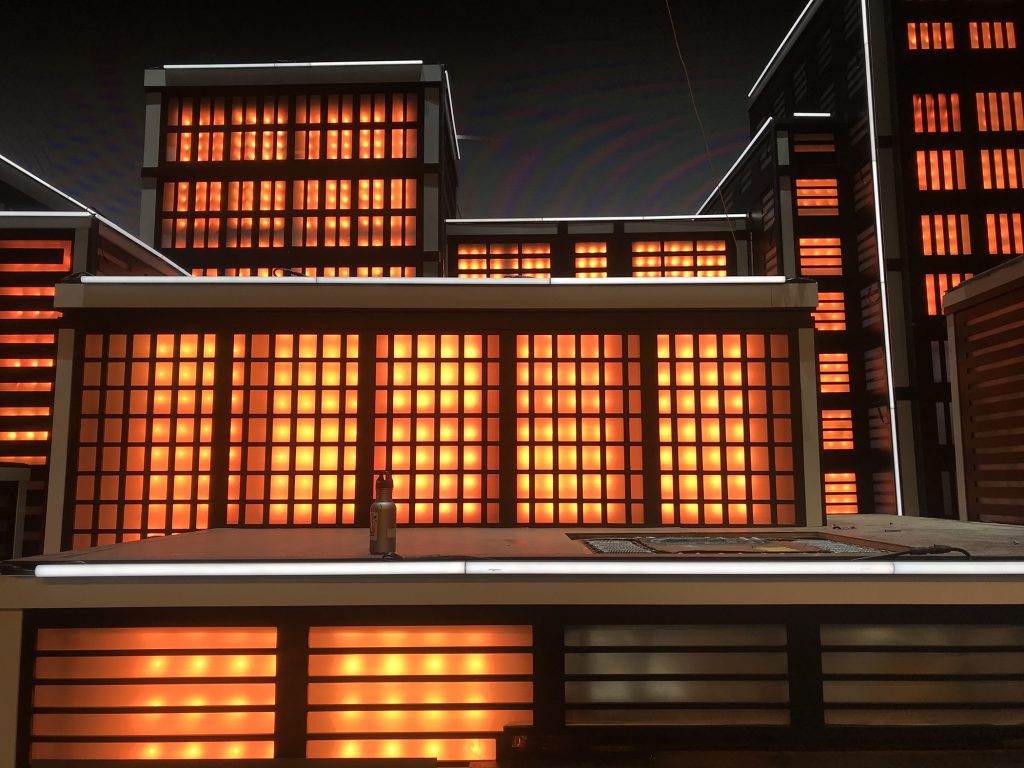 BURBANK, CA – The song fit the moment for Target when the company sponsored a three-minute-and-fifteen second video of the No. 1 Billboard Dance hit “The Middle” during the January 28 broadcast of the Grammy Awards. Like the awards show itself, the melodic tune, which features country star Maren Morris, EDM producer Zedd and the dance pop duo Grey, illustrates the incredible power of music to pull together a diverse mix of cultural influences. Supporting this musical melding was a captivating video that featured a stunning skyline background of varying geometric light configurations, created by Volt Lites using 325 CHAUVET Professional Nexus 4×4 panels.

Arranged in different heights across the set, which represented the roof of an urban high rise, the Nexus panels flashed on and off in a variety of patterns to evoke powerful images of a city skyline. This setting lent an edge to Morris’ haunting vocals and provided an intense backdrop to the video’s intricate choreography.

“The idea was to create an environment that could support the dynamics of the song in a larger-than-life set,” explained Volt Lites designer and co-founder Matt Shimamoto. “Each element needed to have a moment that could consume the shot at a very specific time throughout the song. We went through many different versions of what could be in each of the ‘buildings’ in the background. We selected the Nexus panel 4×4 based on a few principles. We needed something that could be punchy enough to blast through the building windows, yet soft enough to be forgiving when the diffusion was placed inches in front of each light.”

Shimamoto and the Volt Lites team placed the Nexus panels inside the cubic structures that acted as buildings. The high output panels were run at 2%-30% capacity and were controlled via the console. Even at this level, the panels had no difficulty standing up to the output of the moving profiles and spotlights in the video rig.

Given the number of structures that the panels were positioned in, set up was a consuming process. “The time frame we were against was challenging,” said Shimamoto. “From approved design, shop prep, previz to shooting, we had to complete everything within a week. I have to give a shout out to Harrison Lippman, who led the Volt Lites team, as well as Jason Uchita, Matt Ardine, Jeff Ferrero, Kyle Bryson, Blair Korbel, Mark Uchita, Matt Benson, Paul Sartain, Chris Boehm, Kevin Mucha, Brent Keys, Marc Gates, Dave Thomas and Damyon Tashian. They made a demanding process run very smoothly.”

Also expediting the setup process were the user-friendly features of the Nexus 4×4 panels themselves. “The panels allowed us to cover a large area without hanging a bunch of single source fixtures, which made things a lot easier,” said Shimamoto. “They are also very bright, which is exactly what the DP and director wanted. There was pretty heavy abuse in this project, and the 4x4s respond very well.”

Looking at the project, Shimamoto says that one of his best memories is getting to work with such creative collaborators. “It’s always rewarding to work with people who are at the top of their game,” he said. “Gabe Damast of Zedd and Kerstin Hovland and Emery Martin of ECM did a great job on content creation, while Screenworks provided the video wall. We also benefited from Killswitch on rigging, Justin Fortier and AJ Freysteinson from RabCup on media servers and Doug Cenko and Jeff Jowdy with Strictly FX on lasers. I think we did something good together.”

Apparently, many critics agreed with this assessment. As one writer for Billboard advised people who recorded the commercial/music video, “You may want to hit that replay button.” Good advice indeed, since this cleverly lit video is a genuine keeper. 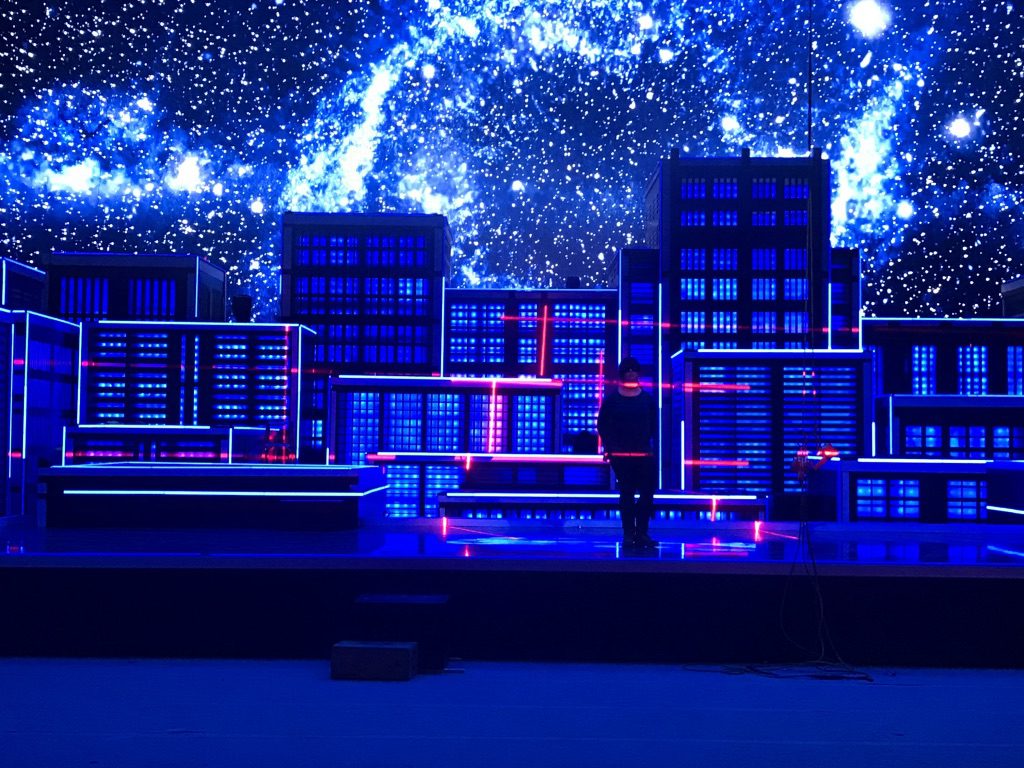